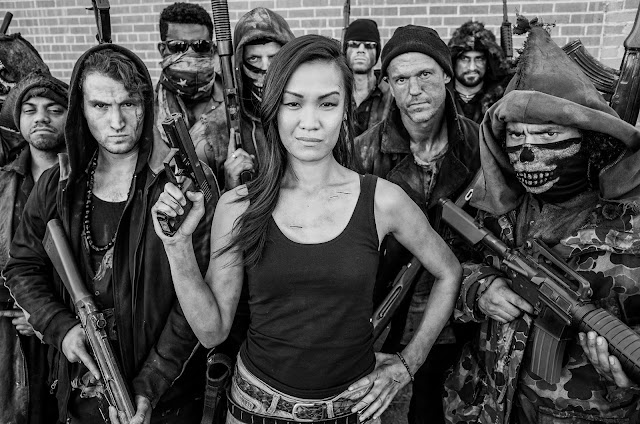 Confession time: I haven't watched an episode of The Walking Dead after Season 3, although I kept tabs on it from time to time. With this season's death of Glenn Rhee, however, I found the last of any curiosity whatsoever in the show extinguished, despite otherwise strong characters like Michonne, Carol and Darryl.

Some time back, I realized this classic diagram had the series pegged: 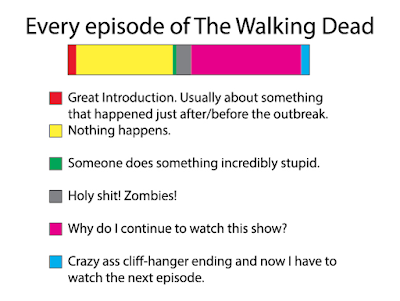 But that's a shame. Because a lot of Lao people LOVE zombies.

They figure heavily in our creative works this generation. Maybe it has something to do with how our culture rebuilds in the aftermath of the Laotian War that was our own private Apocalypse Now complete with the CIA, secret armies, and any number of battlefield ghosts and intrigues that would give Game of Thrones a run for its money. 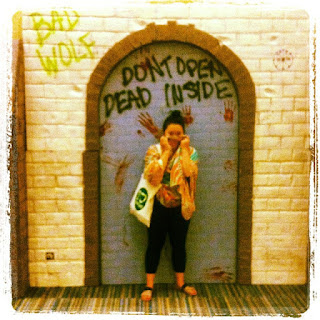 My editor at Little Laos on the Prairie demonstrating
proper anti-zombie protection in an emergency.

Award-wining writer Saymoukda Vongsay's play Kung Fu Zombies vs. Cannibals and her forthcoming Kung Fu Zombies vs. Shaman Warrior are certainly evidence of this. Post-Apocalypse action novelist Sam Sisavath has his own take, and zombies have certainly figured in my poetry, most heavily in my book DEMONSTRA. And then there's classic BBC April Fool's joke that suggested a zombie outbreak near the Lao-Cambodian border.

There's a lot to explore with the themes and questions of zombies, even as there's been a tremendous oversaturation of zombie media. That's amusing at a meta level, but in practical application still makes for some pretty horrid viewing. And I consider myself a guy who has a reasonably high tolerance for bad.

Recently there's been a growing rumble that suggested I should check out Z-Nation as a perfectly acceptable alternative to the slog The Walking Dead became. One of the top reasons for this has been the character of Dr. Sun Mei, played by Lao American actress Sydney Viengluang! (Alas, her website is still under construction, but you can follow her awesome Instagram or Twitter.) 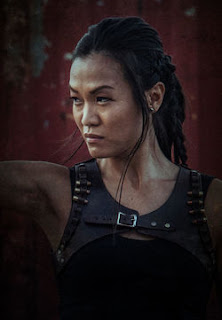 She debuted in Season 3 as a 20-something researcher from Laos, or Vietnam, depending on the source your read. (I'm rooting for her to be Team Laos, naturally) After the zombie outbreak she and other survivors were moved to Beijing and the forbidden city to continue searching for a cure for the virus.Her team gets killed trying to collect DNA samples from the American survivors, particularly Murphy, the only human to have been bitten by a zombie and lived. So, she joins the survivor group for this season.

I hope they keep her character around because it sounds like it could really expand into an interesting role. 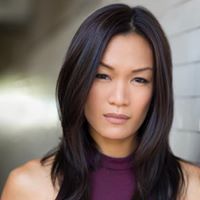 Besides fighting zombies, you can also find Sydney Viengluang in several TV shows and short films. For many of my readers, what may grab our attention most is her recent role in the 2016 short film The Letter which tells a tale of reconciliation between a Lao mother and her daughter.  It's said to be based on a true story. 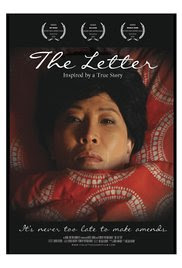 In her biographical statement for The Letter they note: "Sydney Viengluang was born in Laos and raised in Wichita, KS. Since moving to Los Angeles, she has worked her way up from network TV co-stars, appearing on such shows as, ‘Criminal Minds: Beyond Borders,’ ‘Jane the Virgin,’ as well as various film roles. She is now recurring on the hit SyFy TV show ‘Z Nation.’ When she’s not on set, she loves exploring the great outdoors and traveling. She would like to thank her managers at Aspire Talent Management, her acting coach and mentor Anthony Gilardi, and her friends and family for their love and support."

Vatsana, a recent widow, and her daughter Phon have spent a lifetime struggling to understand each other. Having never been able to find common footing with her daughter, and Phon clearly favoring her father, the ever-increasing distance between the two seems insurmountable. When Vatsana decides to take charge of her third act in life and travel the world, she realizes that she cannot leave without a few last words with her estranged daughter. She decides to pen a letter to Phon before her departure, but instead, comes to a decision to reveal the true story of their escape decades ago from the war torn country of Laos. In a last ditch effort to reconcile, Vatsana is determined, this time, to leave nothing left unsaid. Perhaps these words will heal a lifetime of pain.

This might be something we should screen at the National Lao Writers Summit in Seattle next year. In any case, keep an eye out for Sydney Viengluang, whether she's killing zombies, solving crimes, or just figuring out who she is in the world!