Spice and Slice of Asia: Lao storytelling and spoken word this week

Learn about the history and culture of Laotians and other Asian immigrants at the fifth annual "Spice and Slice of Asia" program series presented at Hennepin County Libraries in May, Asian-Pacific American Heritage Month. Storytelling, exhibits, a film, calligraphy, and a spoken word performance are scheduled. All are open to the public free of charge.

I'll be part of Burmese, Chinese, and Laotian storytelling on Sunday, May 15, 2 p.m. at Brookdale Library. I'll be sharing my story and depending on the time and interest a number of the classic folk tales we've told each other over the last 600 years. Brookdale Library is at 6125 Shingle Creek Pkwy. in Brooklyn Center, MN.

The "Spice and Slice of Asia" will also include a Southeast Asian spoken word performance for teens grade 6 and up on Friday, May 13, 4:30 p.m. at Sumner Library, 611 Van White Memorial Blvd featuring my good colleagues Saymoukda Vongsay and Fres Thao until 5:30 PM so we'd all be delighted if you can join us! 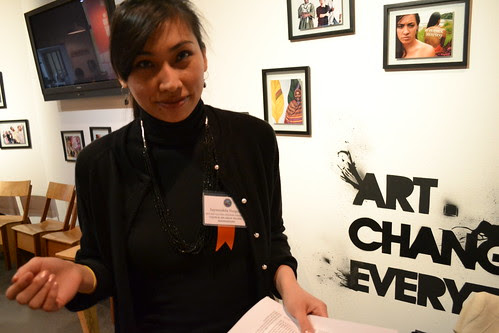 On the 19th at Brookdale Library we'll be showing the award-winning film Bomb Harvest, one of the best films regarding UXO issues still persisting in Laos today.