I was a little bit surprised that Asian American tarot expert Benebell Wen wasn't part of this project. But making headlines recently, the Asian American Literary Review has been wildly successful with their latest kickstarter for an Asian American Tarot Deck. It's billed as a mental health project which will be included as part of their special issue Open in Emergency: A Special Issue on Asian American Mental Health, to be published in January 2017. 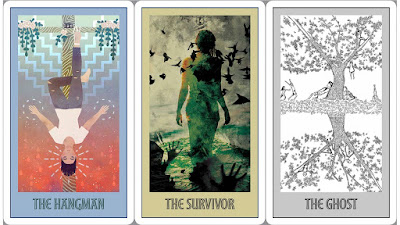 Cartomancy through tarot has a long tradition in Europe and the US, however, it's not one that we readily associate with the various Asian American communities, particularly for addressing mental health. More well-known methods include divination per the I Ching or other techniques. But it's not necessarily out of bounds, and the project has both literary and artistic merits to spark necessary conversations in our community.

The artists for this project are Monica Ong, Monica Ramos, Simi Kang, and Camille Chew. 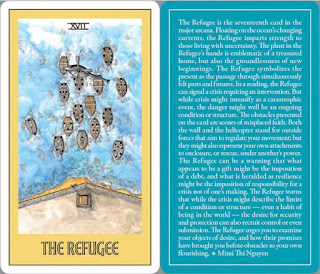 The deck will break away from many of the traditional Major Arcana, while those that remain will be imagine with newer explanatory text that reflects the AAPI experience and concerns: Death (of course), the Scholar, the Migrant, the Lovers, the Mother, the Patient, the Foreigner, the Fool, the Ancestor, the Farmer, the Shopkeeper, the Adoptee, the Lecher, the Survivor, the Daughter, the Model Minority, the Refugee, the Prisoner, the Desecrated Temple, the Deportee, the Hangman, and the Devil.

The upcoming issue of the Asian American Literary Review is of interest for many of my readers because it will feature excerpts from Lao American playwright Saymoukda Vongsay's upcoming play Kung Fu Zombies vs. Shaman Warrior.

I think it will be very interesting to see how this project unfolds on a practical plane and metaphysically. In my experience, the Major Arcana of tarot are not to be modified or remarked upon lightly, although it is certainly not without extensive precedent.

And we DO live in a world where this is possible: 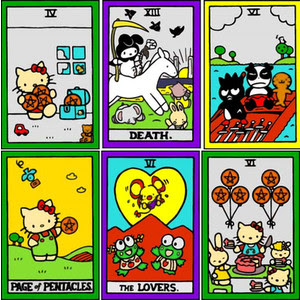 The Asian American Tarot project goes on until August 18th. A complete physical deck will be $35 or $25 for a digital edition, and $45 to get the AALR issue with the deck. There are a number of tiers for all budgets and interests, with three $1,000 bundles available at at the top level with all sorts of goodies including cookies. Check it out.