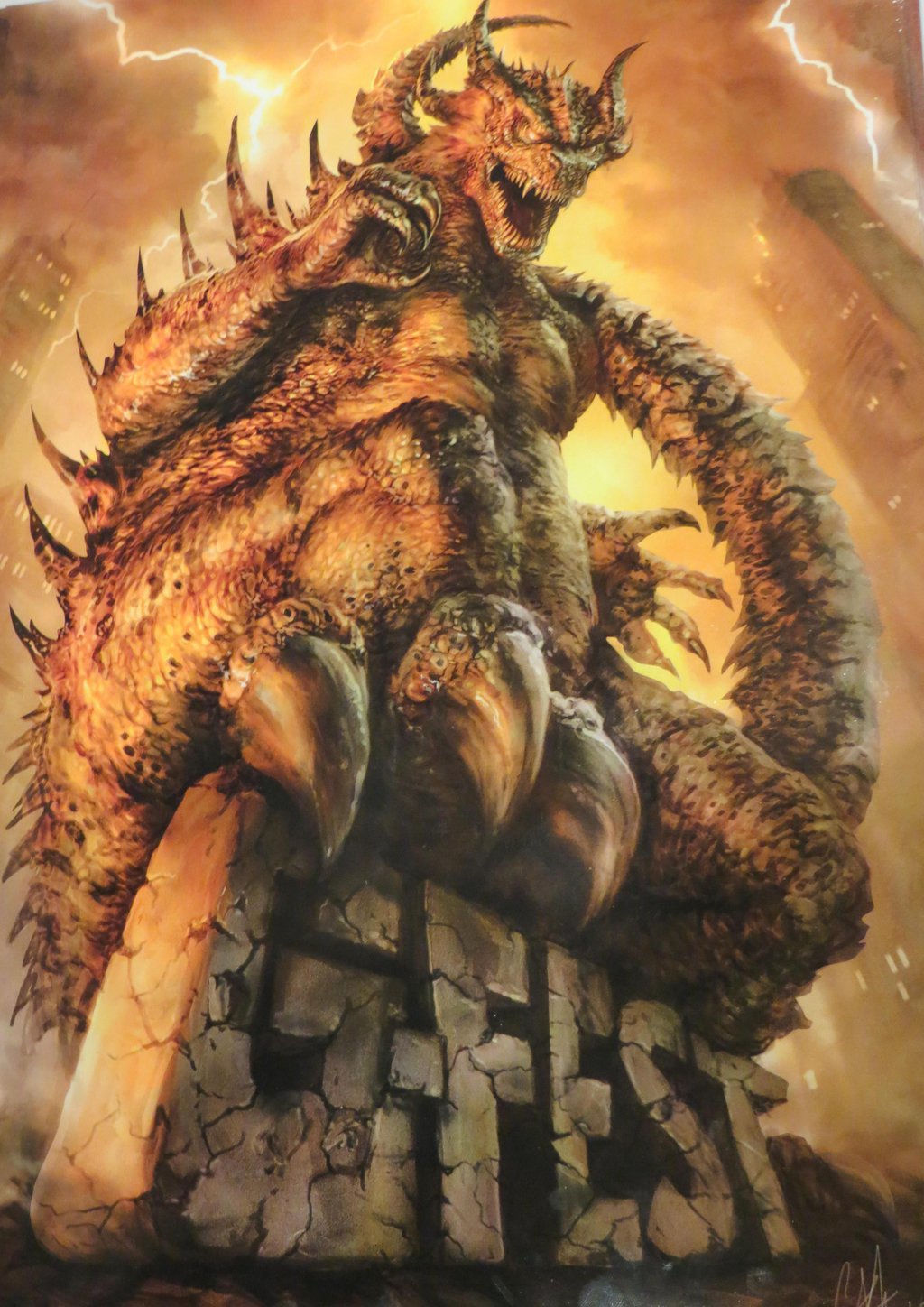 For the very first time, I'll be presenting at G-Fest, the international Godzilla Convention this July on "Kaiju and Speculative Poetry"! See you in Chicago on July 16th in the Kennedy Room at noon at the Crowne Plaza Chicago O’Hare! The hotel is located at: 5440 N River Rd, Rosemont, Illinois.

As the author of 6 books of science fiction poetry, my very first featured many poems that first appeared in G-Fan Magazine (a poem cycle entitled 'The Kaiju and I'). This year it's celebrating its 10th anniversary. On The Other Side Of The Eye qualified me for my 2009 NEA Fellowship. My book of Lao American Lovecraftian poetry, DEMONSTRA (Innsmouth Free Press, 2013) won the Science Fiction Poetry Association's 2014 Elgin Award for Book of the Year and continued to expand upon the kaiju tradition in Laos.

I'd like to put together a reasonable introductory list to kaiju poems for our participants, so if you have a poem or even a whole cycle or chapbook of poems you think are appropriate for the conversation, drop me a line at SFPAPres@Gmail.com by May 1st, so I can get started putting the list together!