I have officially been confirmed as the winner in my match in the Poetry World Cup, so Laos now goes on to Round 2, facing Iran on the 4th of July. In the quarter-finals, the winner will face either India or Indonesia, which should make for a spirited match.

In the meantime, a humble tip of the hat to the amazing Wadih Sa’adeh, whose first book came out in 1973. Definitely check out more of his work, including his most recent from 2012, Qull lil’Aber An Ya’oud, Nasiya Huna Zillahu (Tell the Passenger to Come Back, He Forgot his Shadow Here).

I really like his use of imagery and symbolism, and he had some fine lines throughout his poem "Hey Allen Ginsberg, I think that the fan is rotating". 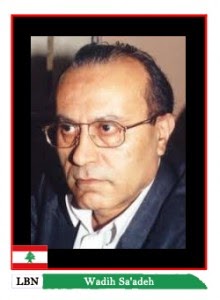 A big thanks to The Missing Slate Magazine for organizing a great way to build a wider readership for international literature and I encourage others to submit their work in the future to them.

The Iranian poem has a wonderful backstory and depth to it, and I encourage you to check out the work of Payam Feili as he finds his audience internationally, even at great risk to himself in Iran. http://themissingslate.com/2013/12/24/eleven