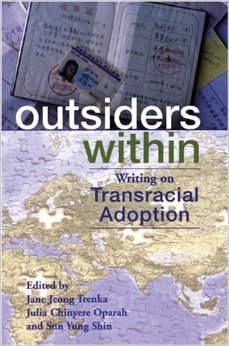 November is National Adoption Month. This year marks the 10th anniversary of the book, Outsiders Within by Jane Jeong Trenka, Julia Chinyere Oparah and Sun Yung Shin. Where does the time go!

In the time since, everyone's gone in some fascinating directions. An excerpt from my poem was including in the Smithsonian traveling exhibition "I Want The Wide American Earth."

Per the Publishers Weekly write-up:
In 30 personal essays, research-based studies, poems and accompanying artwork, transracial adoptees "challenge the privileging of rational, 'expert' knowledge that excludes so many adoptee voices." Conceived by the editors as "corrective action," the collection offers an eye-opening perspective on both the "the power differences between white people and people of color, the rich and the poor, the more or less empowered in adoption circles" and the sense of loss and limbo that individual adoptees may feel while "living in the borderlands of racial, national, and cultural identities." This provocative, disturbing collection reveals the sociological links between African-American children placed in foster care and El Salvador's "niño desaparecidos (disappeared children), between Christian missions and "the adoption industry," between a transracial adoptee born in Vietnam and raised in Australia and one born in Korea and raised in the U.S. "We must work," the editors urge, "to create and sustain a world in which low-income women of color do not have to send away their children so that the family that remains can survive." Anyone contemplating transracial adoption will find provocative ideas, even as they may quarrel with generalizations that don't fit their own lives.

Here's a video of my performance from the book launch party at the University of Minnesota:

Eventually, this poem and the rest of Outsiders Within would be translated into Korean in 2012 and later selected for inclusion in the Korean library system. 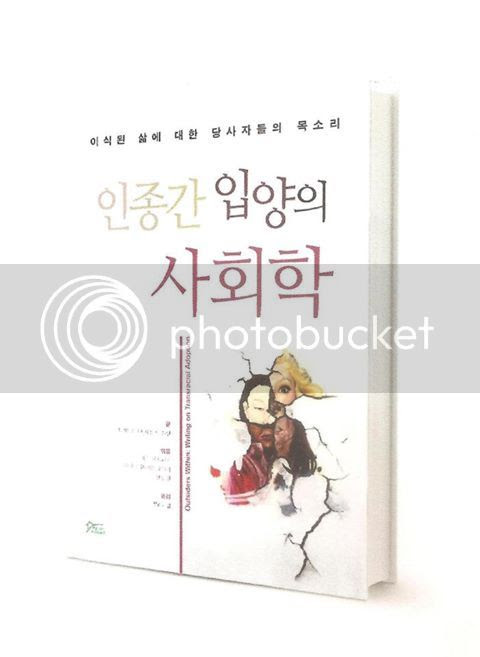 On lighter note, bear in mind http://www.outsiderswithin.com/ does not lead to anything officially connected to the book these days. I extend a big thanks to everyone who was a part of making this anthology happen, and it's been interesting to see how much has changed, and how much has not in the years since.