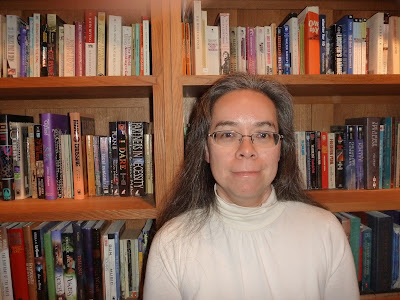 This time for Poet Spotlight, I'm happy to highlight the award-winning work of one of my fellow members of the Science Fiction Poetry Association, Mary Soon Lee. She's had an exceptional journey and is presently based in Pennsylvania.

Mary Soon Lee was born and raised in London, but now lives in the US. Crowned is the first part of her epic fantasy about the heroic King Xau, The Sign of the Dragon. Several poems from this epic, including “Interregnum,” winner of the 2014 Rhysling Award for the Long Poem, may be read at thesignofthedragon.com. 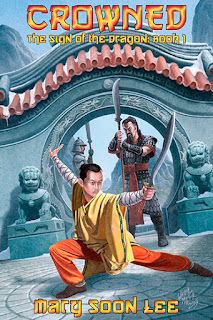 Her Elgin Award-winning collection draws upon elements from both Asian and Celtic culture while incorporating dragons, bloody wars, horsemanship, kingship and other tropes of the genre. But she never ignores the human cost of heroism. Gorgeous black-and-white illustrations by M. Wayne Miller complete this first book of The Sign of the Dragon, and epic fantasy in verse.

Mary Soon Lee attended Trinity Hall, Cambridge University where she gained an M.A. in mathematics and a diploma in computer science. There, she also met her husband, Andrew Moore. She later gained an M.Sc. in astronautics and space engineering at Cranfield University.

In November 1990, she moved to Cambridge, Mass., where she lived for three years before coming to Pittsburgh. In 2003, she and her husband became US citizens..

Her other poetry credits include the American Scholar, the Atlanta Review, and the Pittsburgh Post-Gazette. Her short stories have appeared in The Year’s Best SF #4 and #5, edited by David Hartwell. She's one of the Lifetime Members of the Science Fiction Poetry Association.

She lives in Pittsburgh with her husband, two children, and two cats.