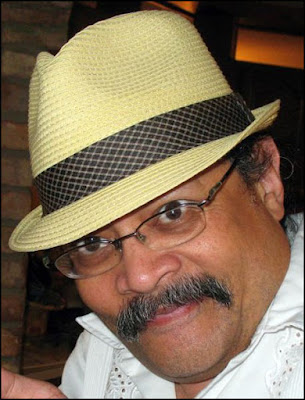 Vince Gotera is an award-winning member of the international Science Fiction Poetry Association with me. His collections include Ghost Wars (2003) and he was the poetry editor of the journal Asian America. He is the recipient of the Global Filipino Literary Award in Poetry. I've had the pleasure of knowing him since 2008, happily following along with his blog, The Man with the Blue Guitar.

His award-winning Ghost Wars featured sixteen new and previously published poems of his to  "understand the effects of war on all who are touched by it."  As a writer working with the Secret War for Laos as a frequent element of my work, I appreciate deeply what Vince was trying to accomplish with Ghost Wars and it's one of my favorites of his body of work.

Vince Gotera drew upon his experience as a veteran during the Vietnam War-era, and his experience being the grandson, son, and brother of combat veterans. In Ghost Wars, he explored the contradictory psychological demands made of soldiers. In this collection, men in combat existed in the moment, capturing and being captured by the power of violence.

But what of the aftermaths, he asked? How do these soldiers live with the implications of their actions? What do make of their struggles with a persistent sense of the past, to reconcile, to heal, to understand, and to come to a point of forgiveness and love? As we look at our present conflicts, I think there's much in Ghost Wars that can speak to the veterans of any conflict and their communities that try to understand them. 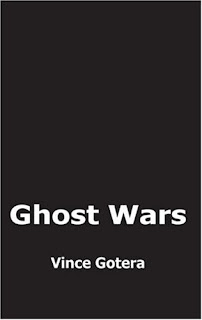 In his narrative poems, he often engages with themes of family life and romantic love, employing vivid imagery and a range of formal and metrical constraints. He is also the author of the poetry collections Dragonfly (1994) and Fighting Kite (2007) and the critical volume Radical Visions: Poetry by Vietnam Veterans (1994).

He is the editor of North American Review. In 1997, Gotera and Nick Carbó founded FLIPS, a listserv for Filipino/a literature and arts. 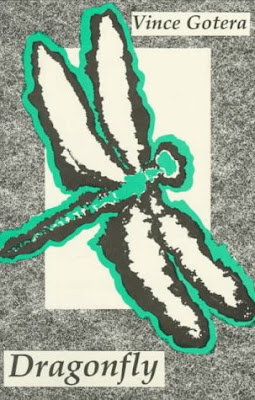 Gotera’s honors include a fellowship from the National Endowment for the Arts, an Academy of American Poets Prize, a Mary Roberts Rinehart Award in Poetry, and a Felix Pollak Prize in Poetry. He has taught at Humboldt State University and the University of Northern Iowa and lives in Cedar Falls, Iowa.

Be sure to check his work out at: https://vincegotera.blogspot.com/