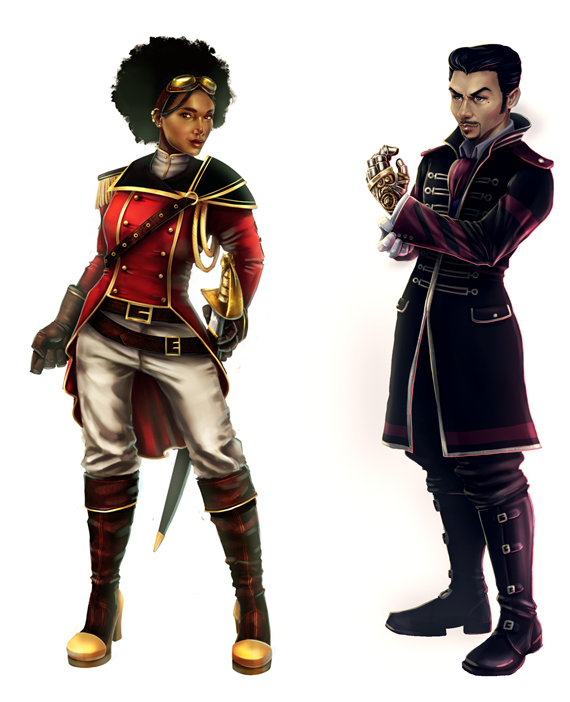 One of the current kickstarters of the month is for the Pulp! Airship Combat game.

Pitched as "A science fantasy airship combat game. A fully 3D single player campaign, customize your ship with everything from cannons to ray guns!" While we have seen several steampunk games do a drive on Kickstarter, I liked the low barrier to entry. A modest contribution gets you some pretty good perks, which will hopefully be expanded if they are successfully overfunded.

But more than anything, I admit, I'm backing this one because of their values. They put it up front that this will be a game that's positive towards "Equal genders, colors, and LGBT friendly." That sells me right there. They also promise fun, accessible but deep gameplay will let players have fun within the game without micromanagement or a steep learning curve as we customize and balance our ships. Can they pull it off? I'm partial towards scrappy indie projects, so I'm willing to take chance and see. It'd be especially refreshing to play a single-player game that's developed well in a genre oversaturated with multiplayer games.

The storyline will follow Riva; a "formerly disgraced Commander of Dawns navy for voicing public opposition to her Commander The last hope in the conflict she lost everything to avoid, Riva returns to the sky to set things right, and to save Dawn from the promised annihilation by the invading Duskan forces."


I'm looking forward to seeing how this project gets fleshed out.