Each year, the SFPA publishes the Rhysling Anthology, comprised of works nominated by its international membership for the Best Poems of the Year. 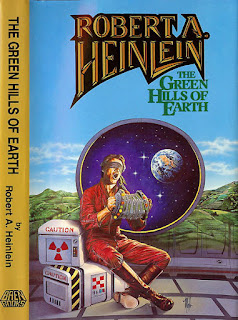 The Rhyslings were first established in 1978, named for the blind poet Rhysling in Robert A. Heinlein’s short story “The Green Hills of Earth.” Rhysling’s skills were said to rival Rudyard Kipling’s. In real life, Apollo 15 astronauts named a crater near their landing site “Rhysling,” which has since become its official name. 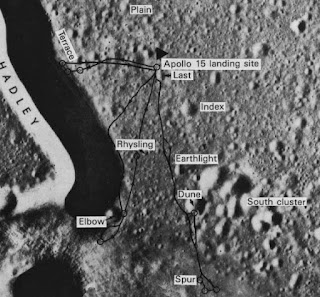 Winning works are regularly reprinted in the Nebula Awards Anthology from the Science Fiction and Fantasy Writers of America. Rhysling Awards are considered in the speculative literature field to be the poetry equivalent of the awards given for prose— achievement awards given to poets by the writing peers of their own field of literature. 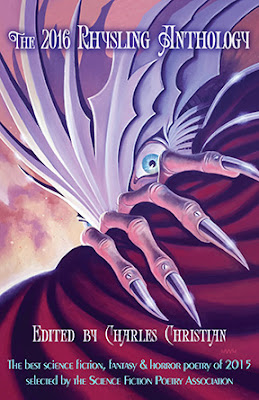 This year, there were ties for first place and third place in the Long Poem category.

The Rhysling Award will be presented at DiversiCon, in St. Paul (Bandana Square Best Western) by SFPA Vice President, Sandra J. Lindow. All members are welcome to attend the ceremony. This year's theme is “Martians, Vulcans, and Women of Valor” with Guest of Honor Jessica Amanda Salmonson, and Special Guest Naomi Kritzer. Their Posthumous Guests are Orson Welles, Leonard Nimoy and Shirley Jackson.