While I'm in the middle of debates this season about H.P. Lovecraft and Post-Colonial Narratives, Sandy Petersen, the preeminent figure in popularizing Cthulhu in the late 20th century, has launched a highly successful kickstarter for Cthulhu Wars, a game set in a near post-human Earth where the only thing left are the Elder Gods and Great Old Ones and their spawn slugging it out once and for all.

There are some amazing perks for backers, especially at the $200 level and above, where they will be getting a lot of free Great Old Ones thrown in in addition to whatever else they pledge for. 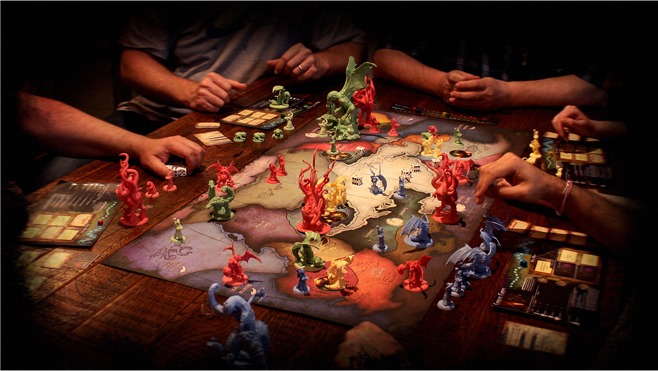 Even if you don't want to play the game itself, the game pieces are scaled at 28mm making them suitable for using in virtually any role-playing game you can imagine, from Call of Cthulhu to Fate, Pathfinder, Warhammer or Dungeons & Dragons. They'll be fantastic to include into your games of Horor on the Orient Express, where you can even play a certain Lao American poet traveling from Paris to Istanbul.

I'm particularly excited for this kickstarter because if you pledge over $200, most of the classic entities I previously outlined as probable monsters Lao would encounter will be included for free. Out of all of the expansions I would add on the Sleep Expansion which includes the Serpent Men. You'll presently get Yig, Atlach Nacha, Bokrug, Abhoth, Ghatanothoa, and Chaugnar Faugn, all of whom I'd consider essential for games addressing cosmic horror in Laos. Father Dagon and Mother Hydra will also be great additions.

Once we finally get a line of Lao fantasy miniatures out including the Vanon, Nyak, Kinnaly and Nak, we could see some amazing games. Guardian Nak vs. the terrors of R'Lyeh and Phaya Ktulu? I can hardly wait. But in the meantime, if you do any gaming, this is a GREAT kickstarter to back.

You can even add them to Risk or Axis and Allies, with a little tweaking. But probably not Scrabble or Monopoly.