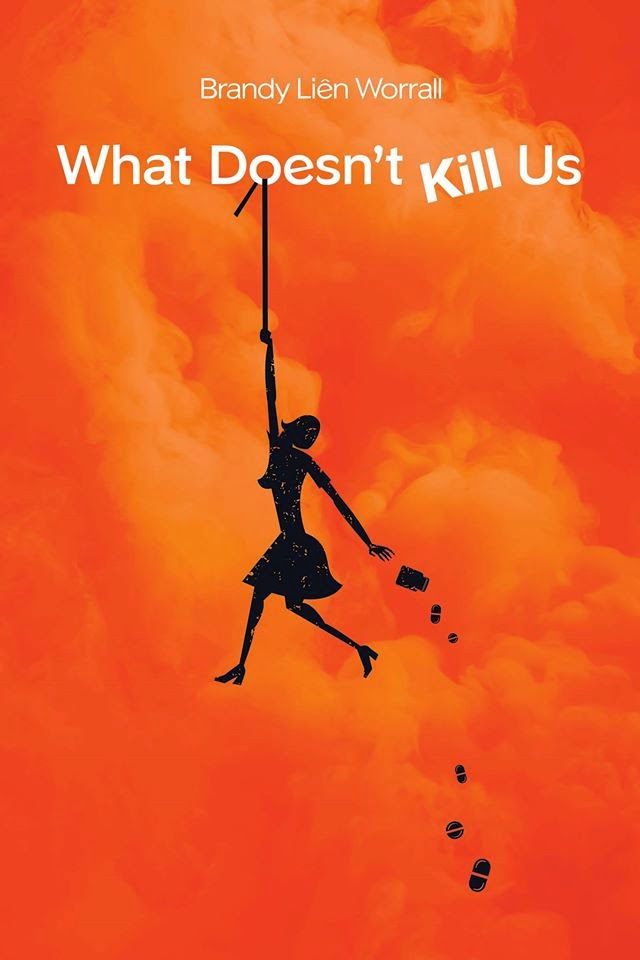 
...chronicles Brandy’s journey with an aggressive, rare breast cancer at the age of 31. The book reflects on the parallels between her experiences with cancer and the subsequent demise of her marriage, and her American father’s and Vietnamese mother’s trauma and survival during and after the Vietnam War. The book crosses borders, from rural, Amish-country Pennsylvania, where Brandy had grown up, to Vancouver, where she lived with her parents, husband, and two young children while enduring aggressive chemotherapy, radiation, and a double mastectomy. The book also explores the enduring legacy of chemical warfare on three generations. That both of her parents had been heavily exposed to Agent Orange does not escape Brandy, who searches for reasons why she would have cancer despite not having a family history, as well as having had epilepsy as a child. She also wonders how this exposure has touched her own children. Brandy tells her story with razor-sharp humour and wit, leaving readers a lasting impression of the meaning of survival.

Personally, I think they probably could have said "spoiler alert," but really, her book covers so much more than that. Brandy is telling a spell-binding story from a unique perspective. What Doesn't Kill Us, like many Southeast Asian American stories, almost didn't make it to us, because the publishing suits think the market's somehow flooded with cancer memoirs from our community and they can't make a dime on it. Well, boo hoo hoo. Fortunately for all of us, Brandy decided to bypass the system and bring it to us anyway, and I highly recommend it.

As one might expect, I love Brandy Lien Worrall's poetry. You can find many examples of it at her website and elsewhere. It was interesting to see how her poetic voice carries through into her memoir, and how she opted to address many of the classic issues we face as writers navigating multiple cultures, multiple identities.

Thankfully, she's also hilarious and unlike certain memoirs and poetry collections of recent years I'll decline to name, her work is never a melodramatic drudge to slog through. She covers a lot of territory with a lot of urgency and a lot of attitude. This is a wonderful contribution to Southeast Asian American arts and letters from Rabbit Fool Press, and I'm looking forward to many many more works from them in the years ahead. I'm super-proud of her. A 2014 must-read.