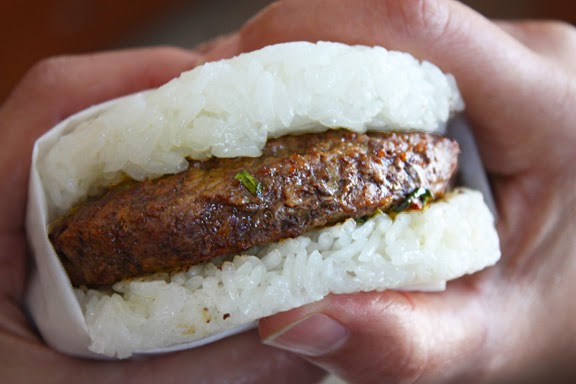 Making the rounds this week is the sticky rice burger spotted in Southeast Asia recently by SheSimmers.com. It's actually a very tasty idea, although somewhat problematic because once again we're moving towards a monoculture where everyone's cuisine is encouraged to cater to Euromerican tourist tastes.

You never hear people asking: "Well, how can I make this Wisconsin beer cheese soup or my 5-alarm chili more pho-like." No one says, "This steak tartare is rocking, but it really needs to get more of a Lao-style flavor profile."

I do think hot dogs are better once you bring them closer to a banh mi sandwich, or with some jaew bong instead of pickled relish. But we're a long way from someone saying tater tot casseroles would be better if they were more like dim sum. Still, experimentation like this is the sort of thing that leads to things like the California roll or the California burrito. I often wonder what the next groundbreaking innovation in food presentation will be for the 21st century. What will rival the invention of hamburger or the sandwich, or go beyond the ubiquitous dumpling? 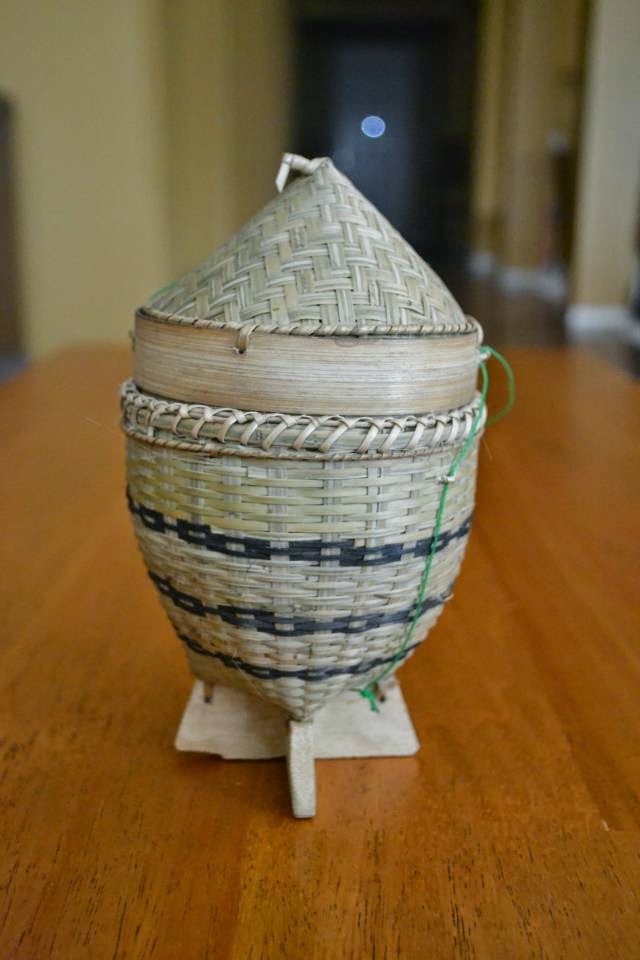 But back to sticky rice, which has been getting a lot of press lately. The article in the Huffington Post a few weeks back is a particularly striking example. One thing I would keep on our radar is the possibility of gentrification and food security. We have to ask how Lao can find a balanced solution to creating and fulfilling a demand without creating excess hardship. Often, we take the cultivation of sticky rice for granted and many of us have a very poor understanding of what it actually costs to bring it to market and to supply the needs of Lao and others around the world.

What has brought these questions to mind is the current situation with quinoa once it became popularized beyond its historic borders. The 2012 Time article "Quinoa: The Dark Side of the Andean Superfood" The article suggested that with the boom and demand for quinoa increased, so did disputes over land usage and food sovereignty, and a concern that many of the poor who relied on it as a staple could no longer afford it. To be fair, Alter Eco presented counterpoints to the article worth considering.  Ultimately there are many lessons and concepts from the quinoa experience that Lao should consider if we suddenly saw a global spike in demand for sticky rice or any other staple crop particular to Laos.

But for now, if you spot a sticky rice burger, give it a try! Or if you're in Minnesota, try taking it to the next level and make it a Sticky Jucy Lucy! 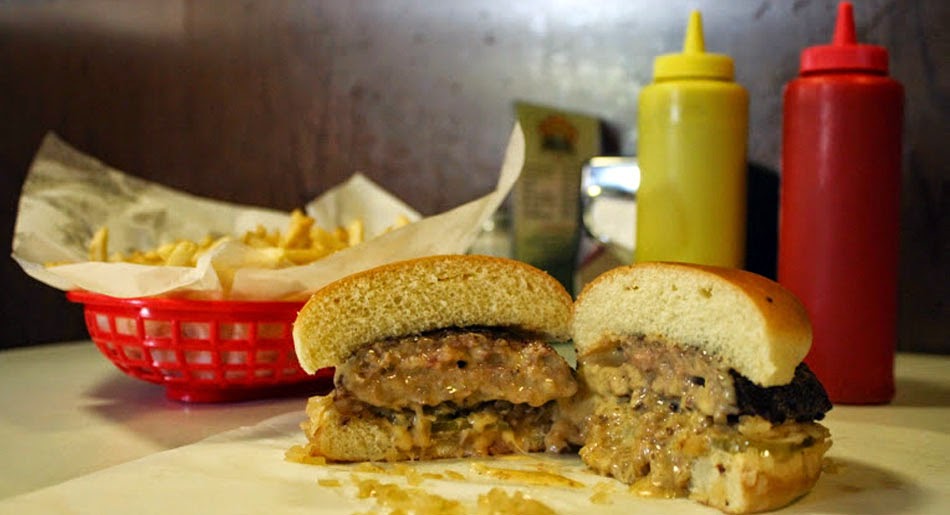