With the US elections only a matter of days away now, and Halloween too (my wife's favorite holiday for any number of reasons. If you knew her, you'd say that's just typical of her...) now seems as apt a point as any to discuss vampires and other blood-sucking fiends.

It would seem that with his arrest, MN's chance at electing the first vampire for governor have been dashed for now. Pesky America and its inconvenient laws about statute of limitations... ;) 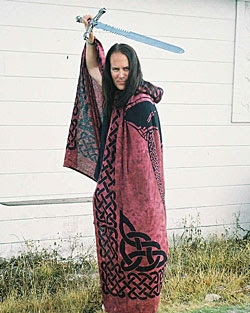 Amusingly enough, Jonathon 'The Impaler' Sharkey's website on the matter has also gone poof into the netherealm, much like a bolt of sunlight on more fictitious fiends, so we must make do with the boingboing.net article instead, and miscellaneous snarkiness we find around on Google.

We once elected Jesse 'The Body' Ventura here, after all.

Who's to say Jonathon didn't really have a chance?

Oh sure, the impaling terrorists and wrong-doers near the front steps of the capitol might go against our usual principles of Minnesota-nice, but we also love theater here.

I'm not saying he'd have been better than Pawlenty or Hatch or Hutchinson, but I think elections are always more interesting when we see true democracy in action- when anyone, and I mean anyone, could have even odds at making it into high office.

Take Melody "Mimi Miyagi" Damayo, for example, who made a tilt at the Nevada Governor's office on the Republican ticket.

Single mother, Asian American entrepreneur with a background as an immigrant in entertainment and the media, it was a little bizarre, but hey, most of the candidates in Nevada could barely point at one another without the accusation of the pot calling the kettle black. 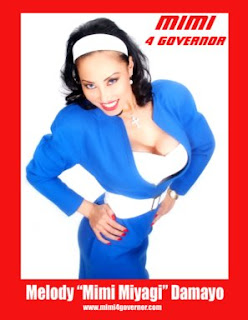 Of course, now there's recent news that she's gone Libertarian and is making a run for mayor of Vegas in '07, which is apparently what she'd really wanted to do in the first place.

At least she made a run, and put her money where her mouth is, which is a lot further than a lot of people have gone. And interestingly, she went on to do it without making an ass of herself, unlike:

But back to vampires and other blood-suckers: 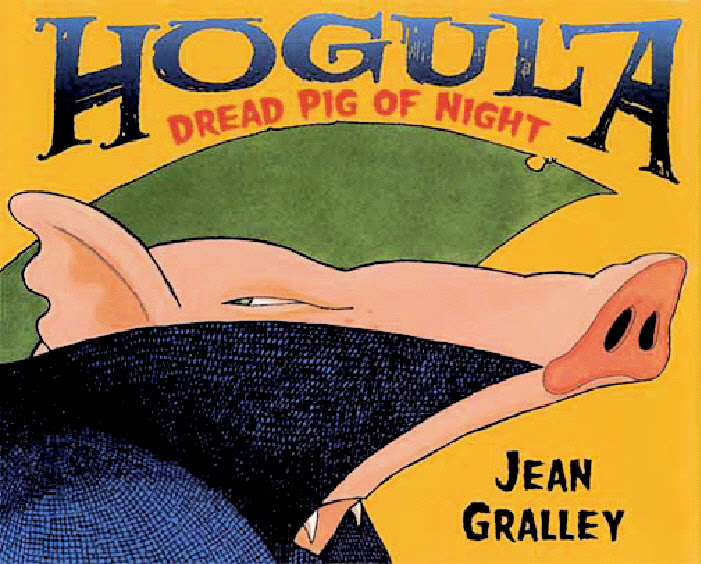 On the one hand, while we have Hogula, dread pig of night, I'm running into an occasional reference or two to the Vampire Pig of Soc Trang in Vietnam, who sounds more or less like an ordinary pot-belly pig, but I'd still like to see a picture if anyone's got it.

And all this is assuming the portly fellow's not a plate of spare ribs by now.

***
On a more gruesome note, there's the 1999 case of Cambodian 'vampire' Pheach Phen who serves as a sobering reminder of the importance of supporting good health education internationally.
***

Today I'm also giving a report on porphyria, which is interesting because in 1985, biochemist David Dolphin suggested it as an explanation for the origin of vampire and werewolf legends, based upon a number of similarities between the condition and folklore.

This is only a THEORY, but many people seem to be forgetting that and treating it as a truth, much like the idea that King George III may have suffered from it.

Right now, I should also mention that I'm re-watching "They Live" again, and it's still a riot. Longtime readers of this blog may also understand its influence on the format of On The Other Side of the Eye as a result.

Hmm. And in closing, it's amazing the things you find photoshopped on the internet these days. Thanks, random google link: 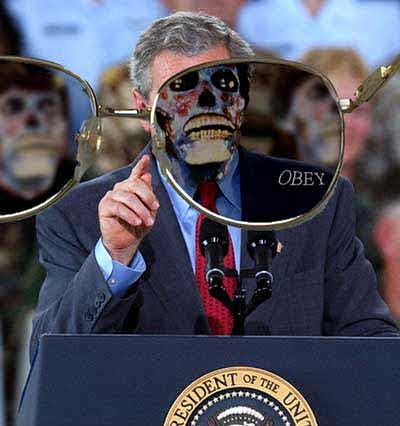 Have a great day, everyone.
Obey.

Wasn't "They Live" that movie with Rowdy Roddy Piper? I was just talking to C about that the other day. We should get together and show it to her sometime :)

Yes Minnesota lost out on elected a Vampyre as thier Governor. Once again, you're dealing with a King George crony.

Though I was wrongly arrested, I was NOT found guilty of any felony.

So, with that said, I am still pursuing my pursuit to become President in 2008.

The American Vampyre out for BLOOD! The blood of America's enemies, via IMPALING them.

My web site is: www.theimpalerforpresident2008.us