1 Year of the Convention on Cluster Munitions: August 1st

The Lao PDR, the most heavily bombed country, per capita, in history, and one of the first countries to sign the treaty, hosted the convention's First Meeting of State Parties in Vientiane, Lao PDR, in November 2010. There, they developed an action plan to be used by all states to complete the legal obligations of the treaty, including support for clearance, stockpile destruction and victim assistance.

On average, the U.S. spends $2.7M per year, compared to the $17M per day (today's dollars) it spent during the 9 years of bombing (1964-1973). Groups like Legacies of War called for an increase in U.S. funding to $10M per year over the next 10 years in order to make a significant dent in the current cluster bomb problem in Laos and save thousands of lives in the future.

Last August 1, the "Beat the Drum" campaign featured drumming events in 70 countries to welcome the treaty into force and highlight the treaty's significance in communities affected by cluster bombs. Although the United States has not signed the treaty, events were held around the country to participate in the international campaign. Hopefully throughout this August we will see other celebrations and events to raise awareness of this issue.

Cluster bombs have a devastating effect on civilian communities as many bombs fail to detonate at the time they are dropped. Laos has been hit particularly hard by cluster munitions, which have killed or maimed as many as 50,000 civilians since 1964 (and 20,000 since 1974, after the war ended). Each year, there are 300 new casualties in Laos; 40 percent are children.

Please take time to learn more about the effect of cluster bombs around the world, including Southeast Asia, Africa and Europe. For more information you can visit groups such as Legacies of War at www.legaciesofwar.com and the Mines Advisory Group at www.maginternational.org
No comments: 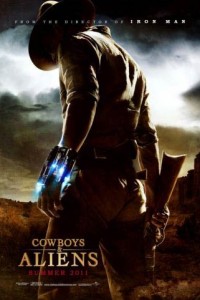 A genre-buster
There are things to enjoy here,
But not quite "Yee-haw!" 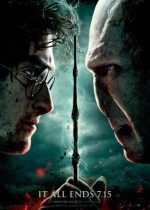 Coming to an end?
Meandering from Hogwarts,
When will they reboot?

It's been a little while since I've done an open mic but I'll be back on-stage at the beginning of next month in Santa Ana, California for the Common Ground Open Mic at the VAALA Cultural Center!

It's their one year anniversary and I'll be performing alongside Jenny Yang (comedienne), Gingee (b-girl dance punk) and Anna Nguyen (spoken word). It all happens on Thursday, Aug 4th, 7-9pm (doors open at 6pm - open mic sign-ups by 6:30pm) at the VAALA Cultural Center at 1600 North Broadway, Santa Ana, CA.

***
In the last year, they've seen the space grow and attract youth, young professionals and the larger community in and around Orange County. Their initial focus was to draw a Vietnamese and Southeast Asian-American attendance, but now Common Ground continues to grow into a community space for many in and around Santa Ana and greater Orange County. They recently featured Refugee Nation and at each show, they usually have about 3-5 featured performers.


I look forward to seeing everyone there!
No comments:

It's been a busy summer but also a good one as we ship copies of BARROW across the US.  I wanted to say a quick word of thanks to everyone for your support, especially to the libraries who have added it their collections and to my long-time fans and new readers.

As a special thank you, throughout the rest of the summer if you order through me, I'll autograph your copies but also include some nice extras, too. It will be a surprise for each order. :)

In other news, two new anthologies I'm featured in are out now, including Historical Lovecraft, which features some great multicultural short stories working with the themes of horror writer H.P. Lovecraft. The anthology is brought to us by the folks at Innsmouth Free Press. I also have a new poem that will be featured in their upcoming follow-up anthology, Future Lovecraft.
Over at the Innsmouth Free Press, I also have a number of short pieces in the works for a big crossover event in the Fall leading to a fantastic horror/murder mystery with several other regular contributors to the journal. Details to come soon.

Also, three of my poems have been featured in the new anthology How Do I Begin? by Heyday Books edited by Burlee Vang and the Hmong American Writers Circle based in Fresno, California.
There have been a few other transitions at the moment, particularly with me doing more work writing and researching on Lao American communities in California. I recently had the privilege and opportunity to talk about our experiences organizing Refugee Nation and the Legacies of War Exhibit in Minnesota at the National Asian Pacific American Theater Conference with Ova Saopeng, Leilani Chan and Channapha Khamvongsa.

Later this summer, I'll have a guest post on the blog of the Loft Literary Center about taking your writing to the next step and the process of applying for fellowships and grants to further your artistic work.
Alas, the Laos in the House: Midwest Tour did not get successfully funded but we appreciate all of your support. Not to worry, we have many other exciting projects emerging soon that will help us bring the creative work of Lao American writers and artists to different parts of the country in the months ahead.
In the meantime, as always, I'm looking for new contributors to the Journal of Southeast Asian American Education and Advancement, including poets, essayists, and short story writers and/or play excerpts. If you or someone you know has work that might be a good fit, visit them at http://jsaaea.coehd.utsa.edu/index.php/JSAAEA
No comments: 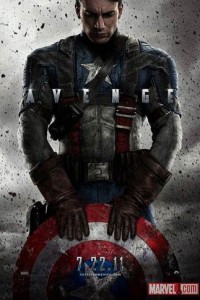 Surprises quite well.
An American hero
In a complex time. 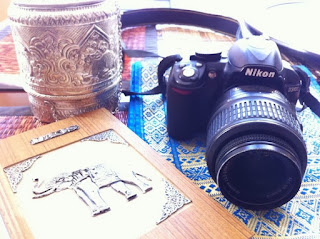 As many of you know, I am available for consultation as an artist. I advise primarily in literary disciplines. I do take a very limited number of clients in traditional dance, folk arts, film, theater and the visual arts.

These consultation sessions can be used to take a closer look at you and your work, assist you in identifying your professional goals and opportunities, and develop strategies to attain those goals along a realistic timeline.

For individual artists, my standard consultations cost $75/hour. If you anticipate needing more than 10 hours or more of consultation time a retainer rate is available. For small informal groups and small non-profit organizations, my standard consultation rate is $100/hour or $300 for one day, although additional charges may apply depending on the complexity of the project. These prices will remain in effect until December 31st, 2011.

As in previous years, I only take on between 5 to 15 clients at a maximum, following a brief portfolio review. If you have any questions, please feel free to contact me directly at thaoworra@gmail.com and we can look over your specific needs and how we can best work together.
No comments: