Wild Men of Asia and Poets 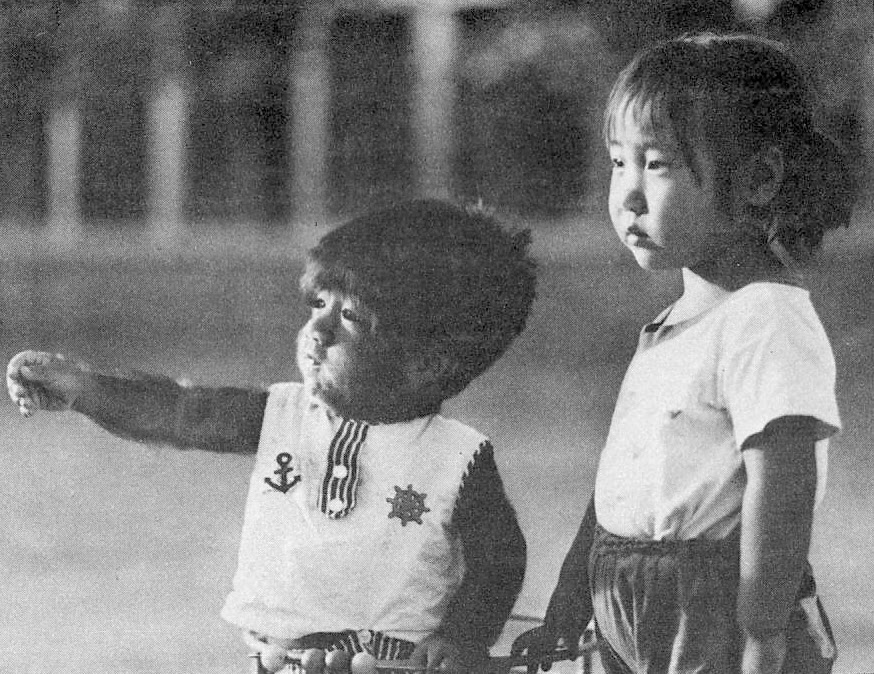 Because Barbara Jane Reyes is a big peeker ;) and spotted my photos on flickr.com, we're going to do this post a little earlier than I planned:

Years ago, one of the earliest images from a magazine that captured my attention was from the 1981 Science Digest about the Wild Men of China, by Audrey Topping.

It was a really interesting piece that tried to discuss different theories about the sightings of wild men in the remote regions of the country.

According to Topping, Chinese folklore is filled with stories of hairy creatures who wandered the primeval forests of the Qinling-Bashan-Shennongija mountain region, home to giant pandas and other rare creatures found nowhere else in the world.

The first references were made over 2,000 years ago by the statesman poet Qu Yuan, who frequently mentioned 'mountain ogres' in his poems.

Topping also mentions the Tang historian Li Yanshou talking of hairy men in Hubei, and in the late-1700s, the poet Yuan Mei wrote of "monkeylike, yet not a monkey" creatures in Shaanxi.

Oh, those poets and their wild imaginations!

Official efforts have never really been officially very succesful to track them down. Some have speculated they might by similar to the Gigantopithecus. 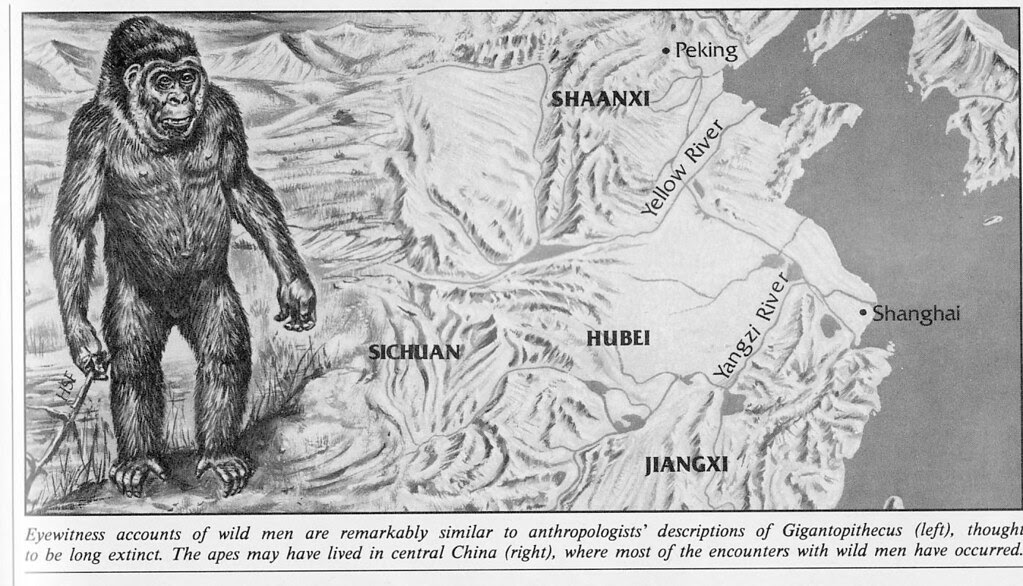 Another theory is that they may have emerged from early accounts of people like Yu Zhenhuan at the top, who was born in 1978. Hair covers 96% of his body. In 1981, at least 19 other cases had been found in nine other provinces that were similar to Yu Zhenhuan. 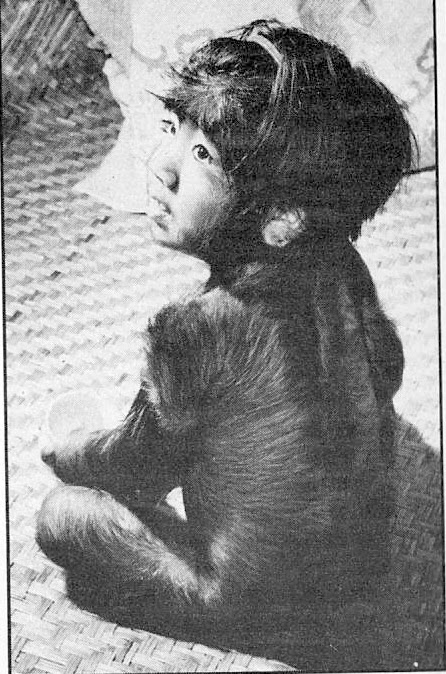 Yu Zhenhuan's older sister and his parents are perfectly healthy, as is Yu Zhenhuan, who lives a perfectly regular life in China today, and for a time was pursuing a career as a rockstar, threatening to give the other 'hair bands' a run for their money.

You can find a number of articles on him at the moment with a simple websearch. All accounts seem to indicate he's a really nice guy.

I should say as a matter of disclosure that I still have that 1981 issue of Science Digest, which, a little over 20 years later is probably a good indication of how much interest this story had for me. Or an indicator that I'm really quite a packrat. Probably guilty as charged on both accounts.

What initially sent me through my boxes looking for the issue was preparing for my presentations at Diversicon last year when I was discussing mythological and cryptozoological creatures from Southeast Asia, most notably, the Nguoi Rung of Vietnam. 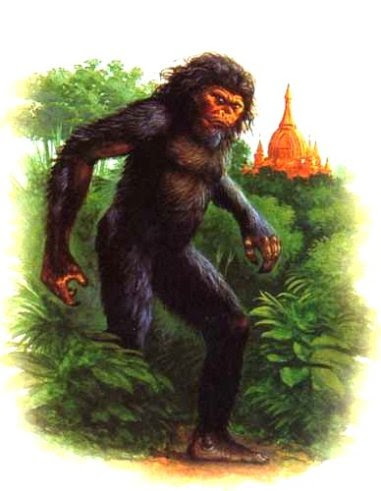 I first came across the story of the Nguoi Rung in a short oral history from Kregg Jorgensons' "Very Crazy, G.I.!: Strange but True Stories of the Vietnam War" about a squad that encountered a 'rock ape'. It was one of several strange encounters that people in Southeast Asia had during the war, but never really had the means or opportunity to follow up on.

Apparently, during the Vietnam War, reports of the Nguoi Rung became so prominent that the North Vietnamese general Hoang Minh Thao had an expedition organized to find a live Nguoi Rung, the results of which were officially pretty unsuccesful, although the team did return with some other things like elephants for their circus.

Over the years, I've also run into some curious accounts by Hmong families who whisper, jokingly, that there were distant branches of their family who were married to "monkeys" centuries ago. In light of Yu Zhenhuan's case, I think those stories need to be re-evaluated, most likely as an unfortunate case of prejudice and a lack of scientific understanding during those times.

I should note in most discussions on the matter, that a lot of accounts protest that they know the difference between a monkey and a really hairy human, and insist the wild men who are being sighted don't fall into those categories. 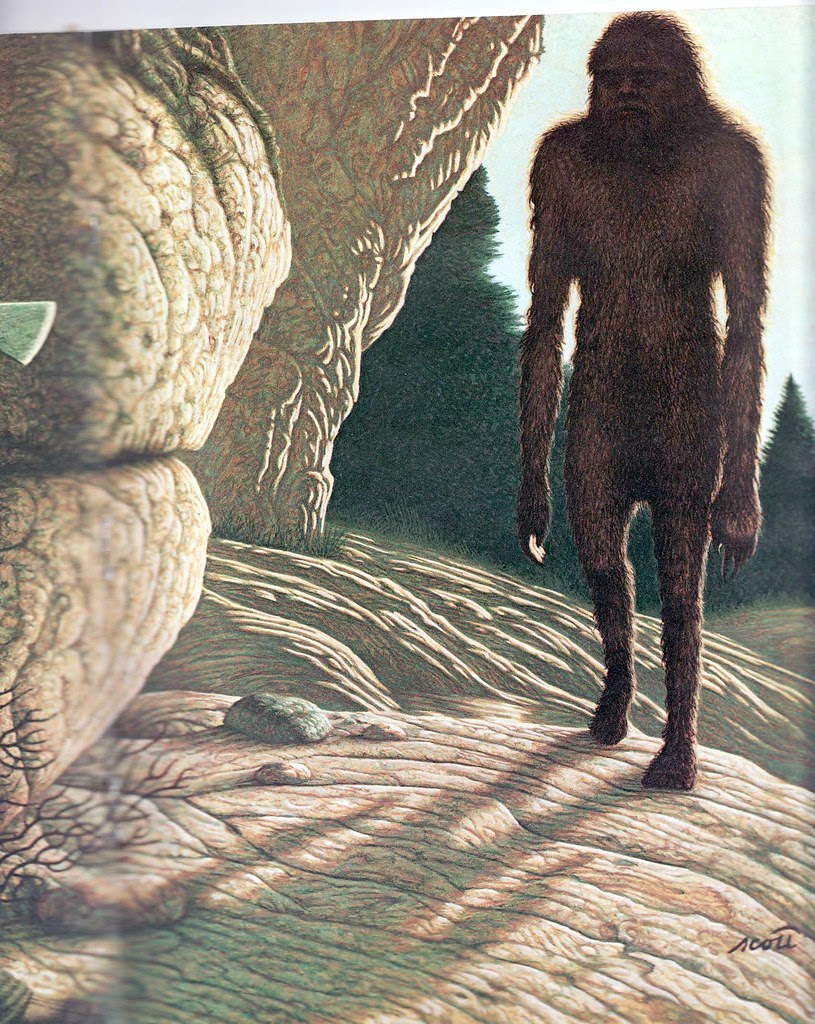 A side note is that near the borders of Laos, there are curious reports of a creature known as a 'Khi Trau, literally 'buffalo monkey' or 'big monkey'.

Given how many strange and unusual things we discover each month, I'm personally of the mind that we shouldn't be dismissive of accounts of "Wild Men", despite a high number of frauds and hoaxes out there, and I imagine as the years go on that we may see many more interesting reports.

But bringing this all back to poetry, here's a quick bio on Yuan Mei and Qu Yuan, whose life we celebrate with Dragon Boat Festivals.

dude, so this is still totally freaking me out.

What? You don't have stories of wild men in the Phillipines? :)

So this is what you meant by your packrat tendencies being justified.

I had no idea wild men reports were so widespread, though I shouldn't be surprised. I don't suppose you have anything about "wild women" tucked away in those boxes of yours.

Well, frankly, no one seems to get close enough to check. It's like that episode of the Venture Brothers... ah, never mind...

We should talk about this sometime, compare what I know anthropologically with stories in N. America, and my theories of elsewhere. Maybe we can get copies of some of those texts you have, too.

I believe that the correct term for the Chinese wildmen is "Yeren".

They are nothing more than Sasquatches, the same species that exist in N.America today but are kept secret so that the Christian majority are not frightened at more hints towards evolution.