The Centre for Asians and Pacific Islanders (CAPI) began in 1982 as a Mutual Assistance Association, responding to newcomer needs of Southeast Asian refugees. It has evolved into an inclusive multiethnic organization with over 20 employees who serve 3,000 immigrants and refugees from Asia and Africa per year. Governed by a 15-member Board of Directors, our mission is to provide culturally-grounded services to communities in transition, achieved mainly through two integrated programs of workforce development and basic needs social services. 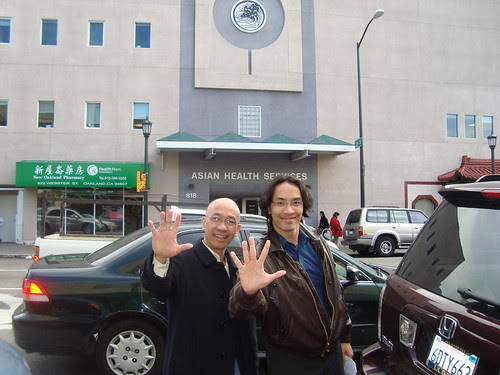 Alexander Erolin joined CAPI’s board in 2008. He is a retired US Air Force Officer and has done five years of humanitarian relief work. Alex holds a graduate degree in Business Administration. Currently, he is working for a global financial company as Director of Crisis Management.

Pham Thi Hoa is the Executive Director of CAPI. Prior to CAPI, she had managed programs serving refugees and internally displaced persons in Vietnam, Laos, Thailand, Sri Lanka, Indonesia, Guinea, Liberia, Sierra Leon, Croatia, Bosnia, and Serbia for major international non-governmental organizations, including Save the Children/US, the Norwegian Refugee Council, the International Rescue Committee, and the American Refugee Committee. She received her Masters in Public Administration from Columbia University.

Ekta Prakash has been serving as CAPI’s Social/ Health Services Manager since February 2007. Ms. Prakash has earned her bachelors in Sociology from Patna University and then later pursued her Master’s in Sociology from Delhi School of Economics. Before coming to United States Ms. Prakash worked as a volunteer for a Women Literacy program. After finishing her education, she came to United States in 2001. Her career has revolved around non-profit organizations serving diverse communities. Ekta also has a Masters in Public and Non-profit Administration.

Caroline Yang is an Employment Counselor with CAPI since May 2007. Caroline has over 6 years of experience in Social Service programs. Ms. Yang actively engages in community events, volunteering in youth and elder projects for social change such as Avenue for Homeless Youth and Elder Haven.