Vincent Who? and Thung Phetakoune 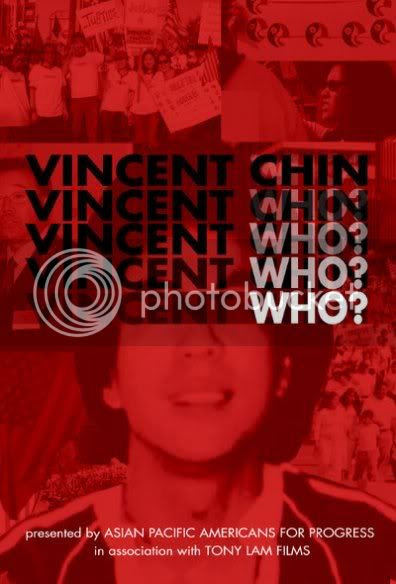 The film centers on the journey of Asian Americans since the 1982 murder of Vincent Chin, who was killed in Detroit by two laid-off autoworkers who mistook him for Japanese. Or, perhaps, were simply indifferent. Vincent's killers served no jail time, were given three years probation, fined $3,000 and ordered to pay $780 in court costs. But they have never paid a dime and still walk free. As has often been said before, $3,000 in 1982 wouldn't even get you a decent used car, and many activists saw it as a license to kill Asians.

Growing up in Michigan in the 1980s as a Lao American, that incident always stuck with me. It was a deeply formative part of my experience as a young man. I became aware that it could as easily have been me, or anyone.

I find myself thinking more and more about this, and another case in 2001, when I was first starting to fully reconnect with the Lao community after many years on my own complex journey.

On July 14th, 62-year old Thung Phetakoune was trying to get home from the store in New Hampshire when he was pushed violently down onto the ground by 35-year old Richard Labbe. Phetakoune died two days later. He was a veteran of the Royal Lao Army that had been secretly supporting the United States interests during the Southeast Asian wars, rebuilding his life with his family. He had escaped and survived the refugee camps and had wanted nothing more than to go on with life. And this was how he died, one summer day, alone and far from the country he was born in.

Labbe told police: “What’s going on is that those Asians killed Americans and you won’t do anything about it so I will ... Call it payback.” In the course of his argument he referred to Phetakoune as "one of you fucking Vietnamese."

In the course of the trial, Labbe agreed to plead guilty to manslaughter, punishable by 15 to 30 years in prison, with language that references Labbe's alleged racial hostility toward the victim. But he was not charged with a hate crime.

Somphou Phetakoune, Thung Phetakoune's son, said he forgave Labbe and understood that Labbe had been drunk at the time of the crime and was hot-tempered. In his statement, Labbe told the survivors that he liked Thung and their family, and that prior to this he was always helpful to his Lao neighbors.

And so, I wonder what do we make of all of this. When Vincent Chin was murdered, it galvanized the Asian American activists and grew into what we might consider the modern Asian American movement, in all of its forms. Political, social and artistic. Today, the When Thung Phetakoune died, it ended on a quiet, understated note.

Was it best for things to end this way and not another? Does it say something about how far we've come since Vincent Chin, or how far we haven't?

In a few days, the Lao community in Minnesota will be celebrating the veterans and their families after 35 years since the end of the war, 30 years since many of them first came to the US. There will be music and food, dancing, memories. And, I hope, a discussion of the future. How do we rebuild, what do we remember, what do we leave behind? These are fair questions.

Thank you very much for sharing. There are not many people out there who care enough and want to share this sad, but true story-- for which we can all be grateful to know as well as learning a lot from it! This is definitely a tragic case of “mistaken identity, being different,” and the people who committed such a horrendous crime literally got away with murder.