Shadows and Verse: An interview with poet Christina Sng 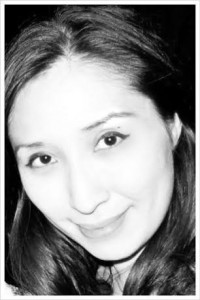 I recently had the opportunity to interview Christina Sng, who is a prolific poet with a growing body of work including science fiction and horror. Currently based in Singapore, her work has been nominated for the Rhysling Award and received Honorable Mentions in the Year’s Best Fantasy and Horror.

Born in the Year of the Rat, she is the author of several chapbooks, including The Darkside of Eden (2002) and Dark Dreams (2013). Her latest book of poetry, A Collection of Nightmares has been acquired by Raw Dog Screaming Press and is slated for late 2016. You can find her at www.christinasng.com.


Can you tell us a little about yourself, and how did you develop an interest in writing?

I’ve been writing for as long as I can remember. As a child, I was always scribbling poems about my stuffed animals and imaginary people going to the market. When I was 6, I began a newsletter about my cats and I believe my sister has the last surviving copy somewhere.

You studied Criminology at the University of Melbourne. Has that ever influenced your approach to poetry?

Actually, no. But it has helped me understand how and why people commit crimes. In my first year in university, I realized I was only interested in Abnormal Psych, so I skipped Psychology and went straight to Criminology. They had excellent lecturers, a brand new computer lab, the best snack machine on campus, and it was 2 minutes walk from my flat. 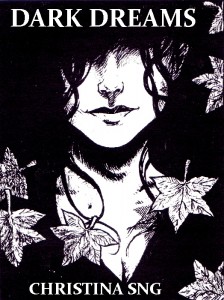 Who do you turn to for your literary inspirations?

Sylvia Plath is my favorite poet. I love the way her poems form and how perfectly constructed they are. Anne Sexton intrigues me. Her topics and language are unabashedly honest and always touching. I relate. I'm at that age.

Recently, I've been enamored by haiku and been writing scifaiku and horrorku. It's great for me because I love how pithy and concise the poems are, which suits my very short attention span now after ten years of sleep deprivation. There is so much wonderful and inspiring work out there. I especially love Deborah Kolodji's and Susan Burch's work.

You've been very prolific with your writing this year. What are some of the pieces you're excited about coming up?

Thank you! I made my first pro fiction sale this year and my flash fiction "The Closed Window" appeared in the July issue of Fantastic Stories of the Imagination. I don't write much fiction at all and was over the moon when I sold it and to such an amazing venue like Fantastic Stories! Last month, I sold my first short story “Red” to Space and Time. The acceptance letter is my phone’s screensaver for the moments I am certain I imagined it.

My work recently appeared in Apex Magazine, Illumen, New Myths, Spectral Realms, and Scifaikuest for the first time. The experience is always exhilarating, like a kitten experiencing her first snow or watching our spacecraft fly by a planet we have never ever seen up close. Yet at the same time, seeing my poems in a magazine I’ve been published in before gives me unparalleled joy and warm comfort, like curling up to a good book on the couch with a cup of tea and a bag of Cheese Tasters.

As a writer, when are you most satisfied with a poem?

When it is complete. 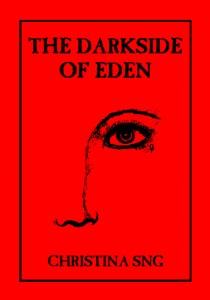 What's the best compliment you've received for your poetry so far?

To be honest, every compliment has been absolutely lovely to receive. I'm always appreciative and grateful when someone takes the time to do so. Of course, pleasing my harshest critics has been an uphill task. The few poems that they have been asked to read and critique were greeted with, “Not bad, Mom! Can I go back and read my book now?”

What's one of the most unusual subjects you've taken on with your poetry?

Talking bathroom stickers in my poem “Adaptation”, which appeared in Beyond Centauri back in January 2004.

My first full-length dark poetry collection will be released late next year and I’m putting together a collection of space poems. Also in the works is a novel that has been in planning and draft for some time now. It's finally getting its footing and will hopefully be finished by the time I'm 80.

Thank you for the interview, Bryan. It was a real pleasure.