For many of my Lao American writers looking for inspiration and way to push our speculative arts to the outer limits of our imagination, I'd strongly recommend taking a look at many of the Afrofuturism anthologies suggested here recently by Tonya Pennington in her article "Top Ten Black Speculative Anthologies You Should Read." 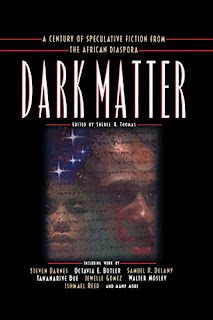 Among the ones I'd strongly recommend in particular are of course Sheree R. Thomas' Dark Matter: A Century of Speculative Fiction from the African Diaspora. I had the pleasure of meeting her in Minnesota during Diversicon in 2005, along with Minister Faust, one of my favorite African Canadian writers whose work has had a direct influence on mine. Thomas' followup: Dark Matter: Reading the Bones is also an interesting follow-up if you enjoyed her first anthology. 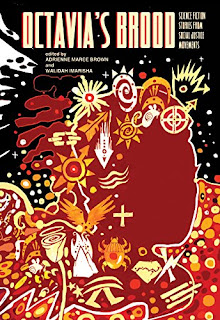 Much of my work is also interested in social justice, and for my students I've been strongly recommending Octavia's Brood which puts its roots and perspective right up front. "Whenever we envision a world without war, without prisons, without capitalism, we are producing speculative fiction. Organizers and activists envision, and try to create, such worlds all the time." There's a need for "short stories to explore the connections between radical speculative fiction and movements for social change." And by extension, poetry, if you ask me. 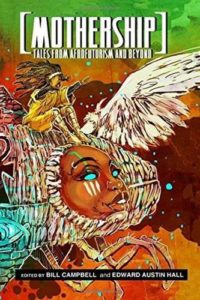 Bill Campbell is a great guy, and his anthology, Mothership: Tales from Afrofuturism and Beyond brings together over 40 different authors with some amazing voices to the science fiction and fantasy fields. He's the founder of Rosarium Publishing, whose values align closely with my own. Over at their website, they declare "We simply believe that talent does not inherently have a race, religion, or region; there is no talent solely found in X or Y chromosome; talent is everywhere, and we will comb the four corners of this globe to find it. We like to be crazy, wild, provocative. We also like to chill, and there's never a moment where you won't find us laughing."

They go on further to say "...we're here to “introduce the world to itself,” so you never know where you'll find us." I think that can speak deeply to the Lao experience.

Definitely check out their whole catalog, and you'll find a lot of gems there already for a publisher that just started in 2013. They're as old as Sahtu Press and they've gotten some great traction, but they can always use more support and word of mouth.

Rosarium Publishing has already put out the wonderful Southeast Asian Steampunk anthology The SEA Is Ours by Jaymee Goh and Joyce Chng. So, I'm inclined to recommend Lao American speculative writers keep an eye on them and to support Rosarium whenever you get a chance. 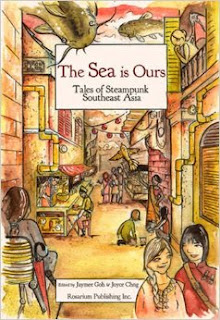 I'm also very fond of Long Hidden: Speculative Fiction from the Margins of History, put together by Tananarive Due and Daniel Jose Older. It gathers together fiction from many of my favorite writers like Sofia Samatar, Nnedi Okorafor, and Ken Liu and takes on some wonderfully imaginative scenarios with great humanity and voice. 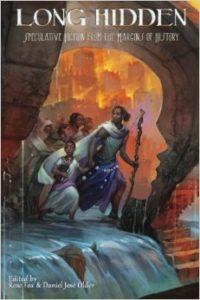 Obviously there are so many more to seek out, but these are definitely fine starting points for us to look at. How can Lao imagine a future for themselves in the aftermath of our conflicts and as part of our ongoing diaspora?

My own path as a speculative writer has been deeply influenced by many of the mainstream names of 20th century speculative literature such as Heinlein, Asimov, Asprin, Lovecraft, Tolkien, Gaiman, Herbert, and Leiber. But I hope that the emerging generation of Lao and Southeast Asian writers would be able to also take their cues from the many writers of color and international voices whose work is coming to the forefront today.

Together, we can chart out truly new territories and new perspectives on the possible and the impossible, the fantastic and the phantasmagorical.