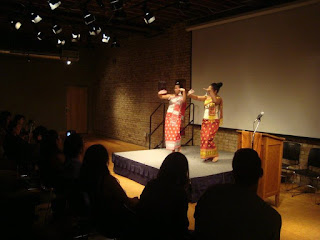 This week, President Obama made a historic trip to Laos, the first time in both nations’ history that a seated US president has made the journey there. There’s a great deal to appreciate about the occasion symbolically, even as we must consider the policy realities that will emerge from this visit.

There’s great optimism that has emerged from the announcement that the US commitment to UXO removal in Laos will be at least $90 million to address the 80 million unexploded bombs that continue to contaminate over 30% of Laos over 40 years since the end of the 20th century conflict.

Our hope must be that there will be effective transparency to ensure that the resources and support those funds are designated for will reach those who need it most. There are many provinces, who, despite expanded efforts to clear UXO, have yet to receive any substantive aid in decades.

The support for women’s health, education and nutrition in Laos are also programs that have badly needed support, as well. I’ve mentioned to others the need for guarded optimism regarding the United States engagement with Laos. This is because we must always take care to consider the political calculus that has brought us to any particular point in history like this. Why Laos, why now?

History has shown us time and again that when the US provides humanitarian aid and other resources, there is something that is sought in exchange. That’s the nature of politics, a transactional friendship, especially between those whose strategic benefits have been identified. While it is exciting for the US to invest more funding and resources in Laos, we must take care not to create undue dependency or lay down the roots for an exploitive relationship on either side of the friendship.

We have seen in many other nations the toxic effect of excessive foreign NGO involvement in addressing development issues when foreign funds give the wealthy and the elites of a nation reasons not to invest in their own people. With care, Laos could avoid that scenario.

Economic and Business Policy
For Laotians everywhere, we must take a particular interest in the Trans-Pacific Partnership emerging. While Laos is not yet a member in the negotiations, its centrality to Southeast Asia gives it a likely stake in decades ahead if it’s ratified. More study is needed to determine the disadvantages the TPP poses to many, such as opening the way for corporations to sue governments that enact various policy changes regarding labor, intellectual property, education and other resources.

We normalized trade relations with Laos in 2004. But in practical application in the US, how have we reduced barriers for Lao American entrepreneurs? What policies are in place to allow us to successfully and reliably engage with Laos in terms of importing and exporting goods, while still meeting the complex regulatory demands of current US policy? What do we need to ask for in the coming years ahead to ensure a positive and collaborative trade relationship?

Immigration and Legal Policy
Other ongoing policy concerns we need to hear more on includes the arc immigration reform is taking. Even as the State Department has been directed to hammer out a deportation agreement with Laos, how do we ensure a humane process with adequate opportunities for redress, especially for Lao in the US with limited financial and legal means? How do we reduce barriers in the process to prevent unnecessary hardships on families? These are just some of the questions that must be asked.

How will the United States address challenges of human trafficking with Laos, such as the recent case regarding Lao involved in slave labor conditions on farms in Hawaii? We’ve seen an increase in cases of elders with roots in Laos being stopped for narcotics trafficking in the US in addition to illegal wildlife parts and various herbal medicines of dubious value.

A few year back, Secretary of State Kerry placed a $1 million reward for anyone who provided information to take down the Xaysavang network that has been a notorious figure in international illegal wildlife trafficking. What will be the policy on this, going forward? How will Laos fit into emerging changes in US drug war strategies?

Environmental Policy
While Laos has made very ambitious plans to develop its infrastructure including a railroad to China and a hydroelectric dam, community activists around the world have been very concerned about the environmental impact on both the flora and fauna as well as the residents whose livelihood depends on the Mekong. What will the US position and support be regarding this matter?

Cultural Policy
I would urge Laotian Americans need to support increased funding for the US Embassy in Vientiane to facilitate greater intercultural exchanges between Laotian artists, educators, and culture builders if we are to be serious about a renewed friendship between our two nations. Expanded support for Fulbright scholars and foreign exchange programs in both countries would also be important.

Hopefully, we’ll see an effective implementation of the Peace Corps program as well.

The US has made it a policy to encourage human rights and religious freedom in Laos, and that looks like the continued direction it will take. Hopefully, the US will also support measures that address media justice, as Laos continues to rank low in media freedom. Recently, the government of Laos approved a cybercrime law that criminalizes dissent and puts user privacy at risk . There is much that could be done to encourage an expansion of freedom of the press, which has been demonstrably important in functioning democracies.

Conclusion
There are some tremendous opportunities before us, and we must not let cynicism prevent us from making efforts in good faith to support each other’s growth. To achieve these ends, we need to commit to civic engagement in both nations and to support those who are doing genuinely good work with clear results. We have so much to learn from each other, and this could be an amazing century, as long as we reach for the best within ourselves.