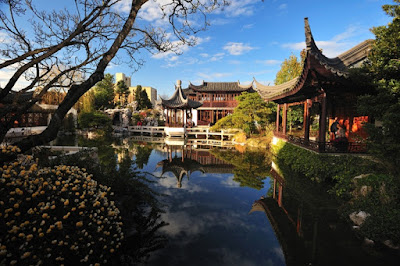 The kickstarter for the Cthulhu and Shanghai Tunnels 21st H.P. Lovecraft Film Festival in Portland, Oregon is down to its final week! They've taken us to ancient Egypt, R'lyeh and now the Shanghai Tunnels. It looks like it will be a super fun event to support!

Even if you can't attend in person, they've got an amazing number of perks you can get for supporting them! I'd love to see them hit their $35K goal which includes a Devil's Reef playing card deck and other goodies. 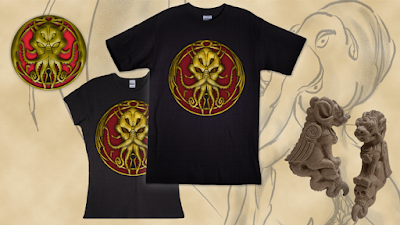 Among the standouts is "The Jade Amulet" as noted in Lovecraft's story, "The Hound": In the coffin lay an amulet of curious and exotic design, which had apparently been worn around the sleeper’s neck. It was the oddly conventionalised figure of a crouching winged hound, or sphinx with a semi-canine face, and was exquisitely carved in antique Oriental fashion from a small piece of green jade.

You'd have to back the festival at $60, but you also get the t-shirt, program and digital download pack, which is a pretty good deal!