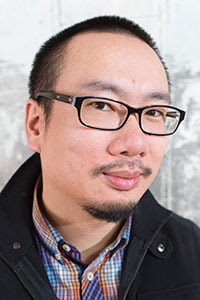 Happy birthday to Bao Phi, who's been a wonderful friend and figure with tremendous impact on my life since I first met him at a reading at Macalester College in Minnesota shortly at the beginning of the century.

A Vietnamese American performance poet since 1991, Bao Phi has been a two-time Minnesota Grand Slam champion and a National Poetry Slam finalist, and appeared on the HBO series Russell Simmons Presents Def Poetry. With an extensive background in Asian American activism, his work has been featured in Screaming Monkeys, and Spoken Word Revolution Redux. His poetry on CD includes Refugeography and The Nguyens EP. 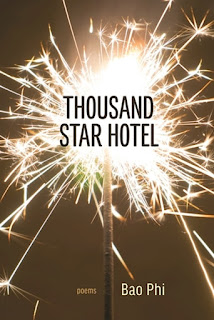 He performs across the country, and serves as an acclaimed community organizer. For all of the time I've known him he's worked at the Loft Literary Center, where he particularly creates and operates programs for artists and audiences of color. His series, Equilibrium, recently won the Minnesota Council of Nonprofits Anti-Racism Initiative Award. Sông I Sing is his first book and this year he will be releasing  Thousand Star Hotel, which I'm looking forward to. 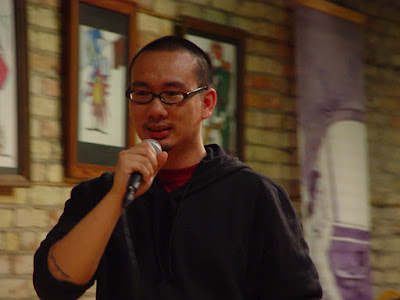 Hie work was selected for the 2006 Best American Poetry, chosen by Billy Collins, former poet laureate of the United States. He was also a featured listener in the award-winning documentary film The Listening Project. 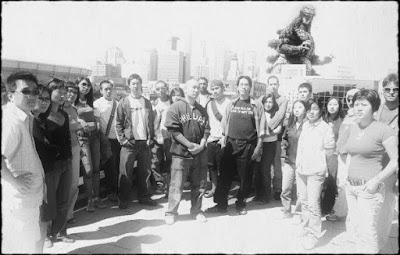 I often point to his poem Godzilla Sestina as an example of the engaging directions that speculative poetry can go, although I certainly would love to see him writing more of it in the years ahead. I've performed with him numerous times during the 2000s, particularly at UC San Diego in February, 2008.  We even put together a Nerds of Color party room at the Marscon convention one year with other local science fiction and fantasy fans in Minnesota.

Bao Phi was pivotal in making the first National Lao American Writers Summit possible as well as many other historic readings and gatherings of the Lao and Hmong American poets and writers in Minnesota, and I hope one day the literary histories of our community remember this.

He was particularly pivotal in introducing me to my now long-time collaborator and mentee Catzie Vilayphonh of Yellow Rage, and together he and I met figures such as Li-Young Lee, Gene Luen Yang and Frank Chin, and I deeply appreciate his support throughout the years. 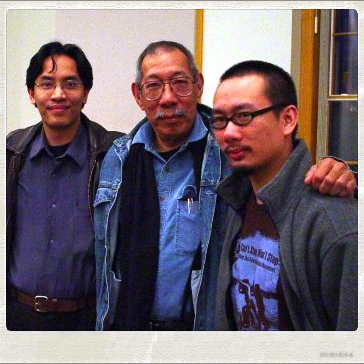 He turns 42 this year, which I always think is a year for deep reflection of Life, the Universe and Everything, and I hope he finds answers as well as questions, going forward. His voice is needed now, more than ever.