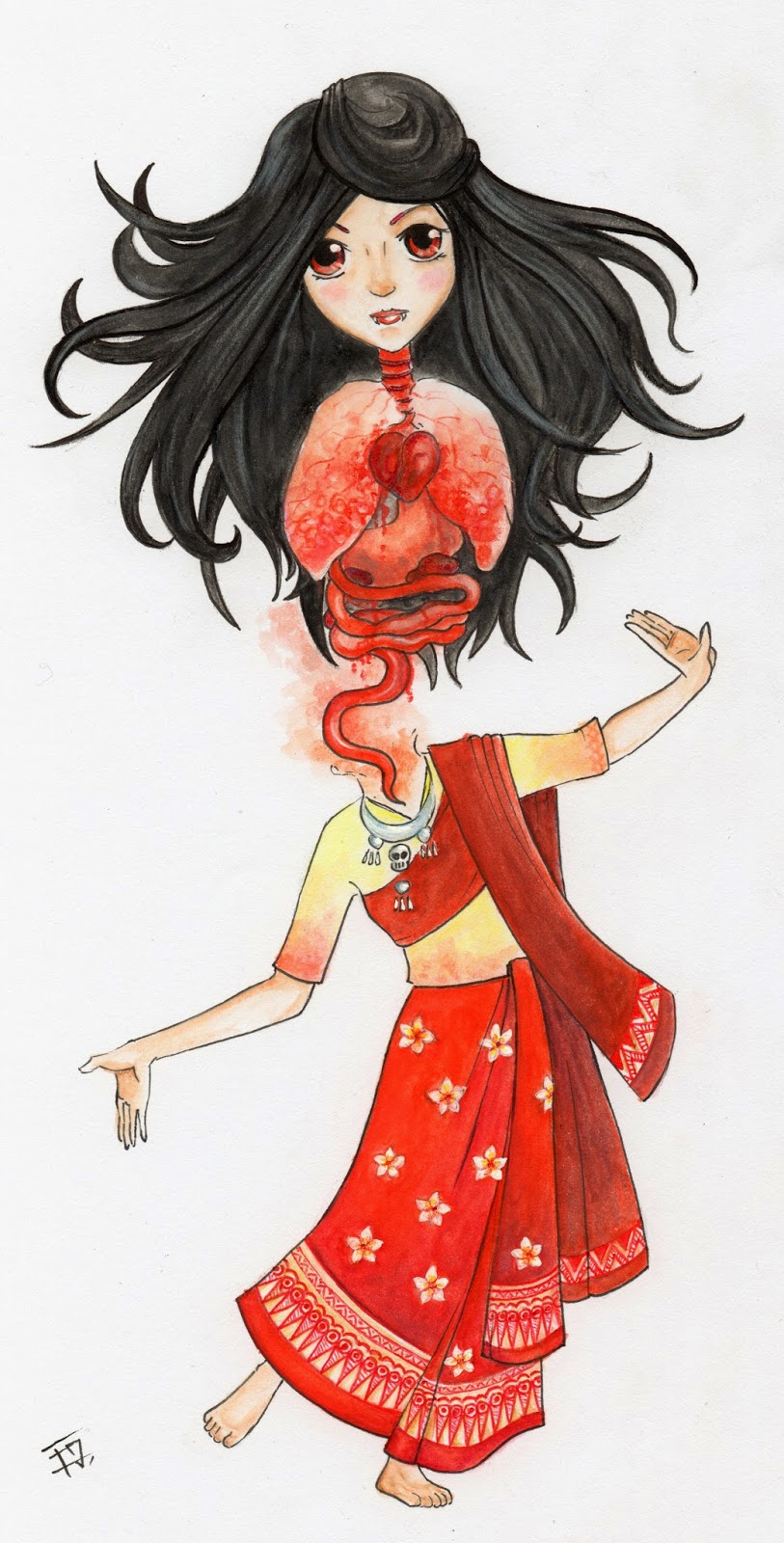 One of the most terrifying spirits of Laos and Southeast Asia, Phi Kasu, is known as Phi Krasue, in Thailand, and Arb or Ap in Cambodia. It has a similarity with a ghost from Malaysia called the Penanggalan or the Puntianak. According to some accounts in China, there was a group known as the Falling-Head People or Luotou Min in the South, whose heads could fly.

The general legend is that at night, the woman's head detaches with the entrails intact and floats off in search of a victim. Sometimes she wears a shawl or talks to humans from behind a wall so they won't notice her condition. Some villagers in Laos decorate their windows with thorny vines because the Phi Kasu becomes annoyed at getting her organs entangled on the thorns.

A common tell-tale sign is that she needs large jars of brine nearby to shrink her swollen organs to re-enter her body before dawn, or she returns to the underworld for a few eons. There are unconfirmed reports that it is impossible to permanently kill a Phi Kasu. While someone could in theory inflict significant grievous damage on the body of such an entity, their energy would ultimately transmigrate to another body if necessary.

The Phi Kasu are often said to have long flickering tongues to lick the blood from its victims, and sharp teeth to tear their victims open. There are some reports that this is a revenge-driven phi, created by a burning desire to have some wrong set right so that it can be reincarnated into its next life. This should be considered a dubious proposition at best, and one is instead advised to steer clear of them.

Also, one is advised not to leave laundry out at night or a Phi Kasu may come by and wipe its dirty mouth on your clothes and sheets.

A familiar monster for Thai ghost movie fans... I remember one had the head of a Japanese comedian and was called "phi ipun."