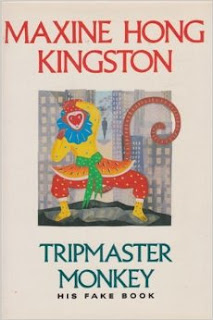 So, recommended reading for this week of Asian American Pacific Islander Heritage Month: Tripmaster Monkey by Maxine Hong Kingston which doesn't get nearly the love as Woman Warrior does in classrooms. I think that's a pity. Especially during Year of the Monkey.

It's now celebrating its 26th year and was her 3rd book, first printed in 1990. For the most part, it still holds up and provides a great glimpse into the complexities of life in our communities as artists and writers working within our various traditions.

Of course, as a poet, I typically found myself sympathetic towards the character Whitman Ah Sing, named after Walt Whitman, and whom many of us feel is a thinly veiled caricature of Chinese American author Frank Chin, whose work I also do admire.

Textually, the book has many allusions and structural elements that combine and adapt many of the approaches we see in James Joyce Ulysses, Whitman's Song of Myself, Shakespeare's Hamlet and of course Journey to the West. Given where we've gone since in Asian American arts, theater, and culture, I think it's well worth it for all of us to revisit where we've gone since then, and what still needs consideration.

I'm recommending it be read alongside Gene Luen Yang's American Born Chinese (2006) which is now in its 10th year anniverary. 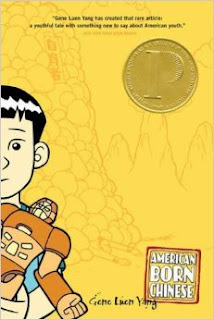