Lao Steampunk: Getting around on the Iron Buffalo, aka the Tak-Tak

There a lot of ways to get around Laos that are very much in line with steampunk's do it yourself aesthetics, and among these is the tak-tak (not to be confused with the tuk-tuk), a two-wheel tractor often modified and retrofitted for a wide variety of purposes in Laos and other parts of Southeast Asia. 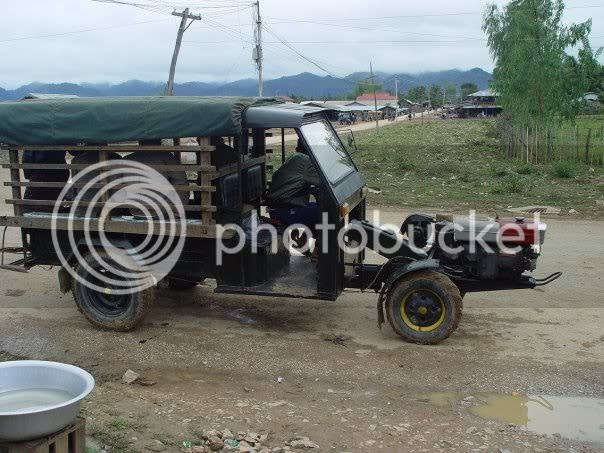 One common configuration is a long-handled version for easier turning in wet rice fields. Early editions of the tak-tak ran on kerosene but newer versions now employ diesel. The Kubota company is a popular manufacturer but there are several in Southeast Asia. China, India, Vietnam and Thailand each manufacture tak-taks to varying degrees of popularity in Laos.

In Thailand, the tak-tak were first constructed at numerous local workshops - with everyone copying from each other, and thus competing for sales to the point that a tractor without the engine was very cheap- one third to one half the cost of the engine.  In Laos, parts shortages and individual needs often leads to extensive customization. As you might expect, occasional racing and recreational purposes are enjoyed. 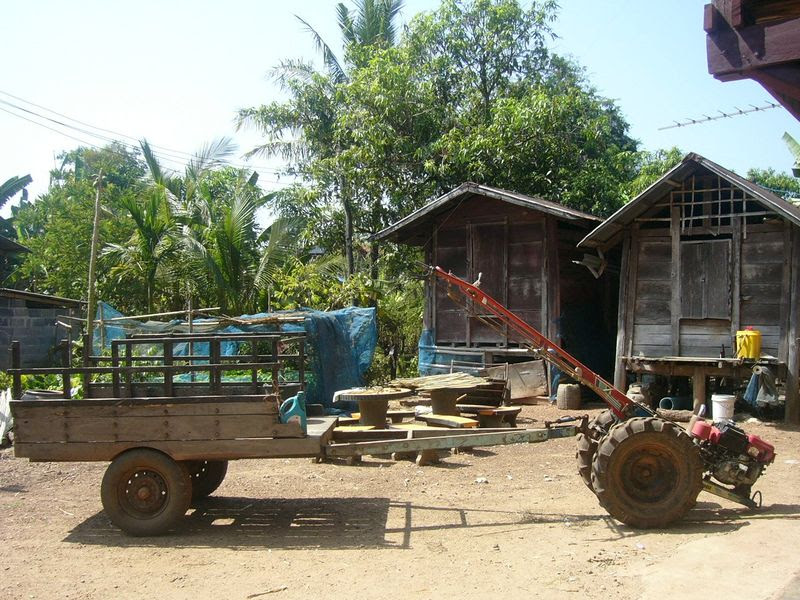 While not always elegant in their design, attachments range from trailed rotary puddlers and disc plows to flatbed trailers. With the use of v-belts, engines are sometimes detached and used for water pumps, mills, or other purposes.

Transport on tak-taks can be hazardous. Almost 5% of accidents on the roads in Laos can be attributed to a tak-tak, especially when traveling at night and relying on its single headlight. Health of the operators is often a concern among NGO workers, because the tak-taks generate some extreme vibrations.


The tak-taks really came into use towards the later 20th century, although the technology has been available in Asia since the end of World War I when a number of Swiss garden tractors were being demonstrated, especially in Japan, although they were not considered suitable for the soil conditions there until the engines received substantial modification.

This is really more of a dieselpunk technology than steampunk, but it leads to some interesting questions of what could have been developed if the technology had been more widely available.

Email ThisBlogThis!Share to TwitterShare to FacebookShare to Pinterest
Labels: Steampunk