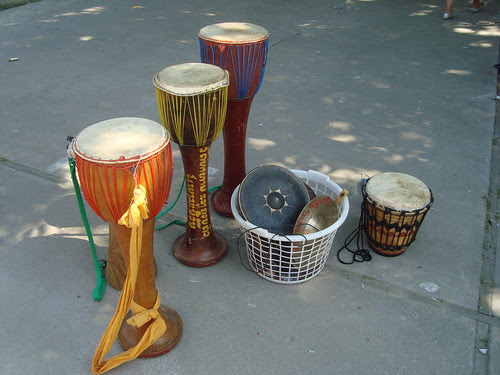 Over the weekend, one of the topics that came up was what the sounds of Southeast Asian steampunk would sound like. Thanks to Silver Goggles and the others for raising these thought-provoking questions. 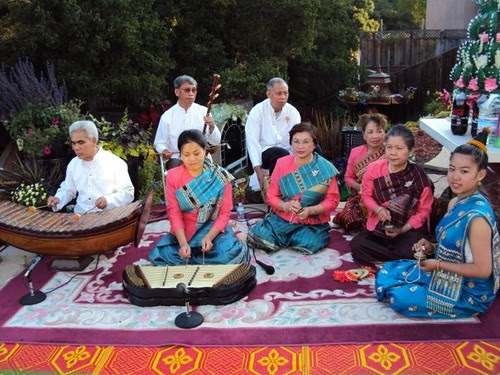 So, now I'm left considering what would happen if we give the traditional instruments a steam-powered or electric enhancement.

Bear in mind that a traditional Lao orchestra has at least 13 players: One ranat thum, a metallophone with steel keys. 1 ranat ek, a wooden xylophone and a ranat thum lek, complement the ranat thum. Two kim hammer dulcimers are considered ideal. Among wind instruments, at least one gla jub pe, known as a long-neck flute. The key stringed instruments include 1 saw sam sai, or 3-string fiddle and 1 saw ou, or 2-string fiddle, as well as 1 saw duang, which is a high-pitched 2-string fiddle. Finally, you also need a larng gong, an 18 piece gong, and glong tuk, a drum, a ta phon mon, which is a royal drum, 1 cymbal set and 1 bell set. Obviously, people have worked with more or less depending on the occasion.

Among contemporary Lao musicians you can frequently hear good examples of what Lao steampunk music might sound like in the music of Ketsana. She frequently incorporates the traditional with new technology and modern musical aesthetics and a love of science fiction to explore what is possible:

I imagine if we were to keep it steam-centered, the steam-enhanced khaen would instead be closer to a pipe organ, a regal, or a portative, rather than played the traditional way. Might we see something of a John Henry scenario where musicians try to demonstrate that more interesting work can be performed using a non-enhanced instrument?

But the other question is what would the bands then be playing and what would be the aim of concerts using such technology? Would these instruments be luxury items only in the hands of state-approved orchestras housed in the capital and major cities, or found among traveling musicians who reinforce the ideals of the state? Or would some be found in the hands of others who wanted to show other possibilities?

How might such instruments transform a presentation of a Lao epic like Phra Lak Phra Lam? Would there be greater or lesser theater to these presentations. Would such marvelous instruments overshadow the presentation on stage that the performers insist on even more elaborate stylization in order to attract the audience attention back to the stage?


Perhaps some would go to great lengths to create instruments particular to their aesthetics. In this scenario, there might be great pride in individually-crafted instruments, something similar to Charles Mingus who invented instruments to produce particular sounds for particular songs. What an interesting proposition it would be, to see a society less focused on creating individual, personal weapons imbued with the crafter's energy and self, but on objects for the creation of art. 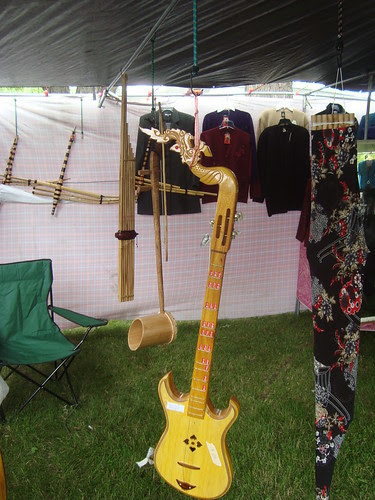 Just some thoughts to consider. There are many more possibilities to explore.