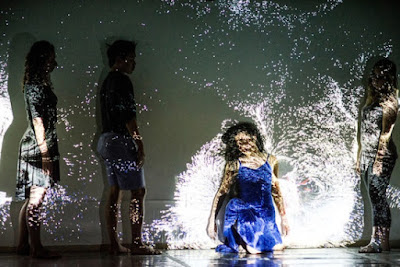 Irene Hsiao is a writer, dancer, and photographer. Much of her aesthetic resonates deeply with my own as I consider her fabulous body of work and approach to the arts. I'm particularly interested in her Monster Studies, but go figure.

Her essays and poems have appeared in Los Angeles Review of Books, SF Weekly, KQED Arts, Bay Area Reporter, Newcity, Cambridge Quarterly, Victorian Poetry, Multi-Ethnic Literature of the US, Literary Imagination, Modern Philology, Word Riot, elimae, A Clean Well-Lighted Place, and Sweet, as well as in the book Peter Pan In and Out of Time. Science figures heavily in many of her poetry pieces, as I'll discuss later. 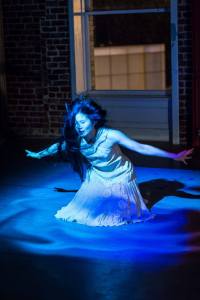 She has appeared with Kinetech Arts, Erica Mott Productions, Winifred Haun & Dancers, Alma Esperanza Cunningham Movement, Lenora Lee Dance, Labayen Dance/SF, and other companies in the US and Asia. It's often dazzling to behold her transgressive and experimental work. 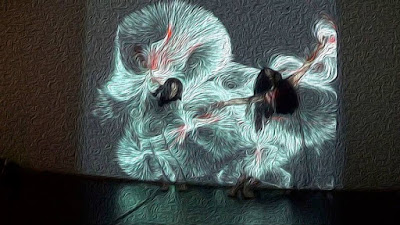 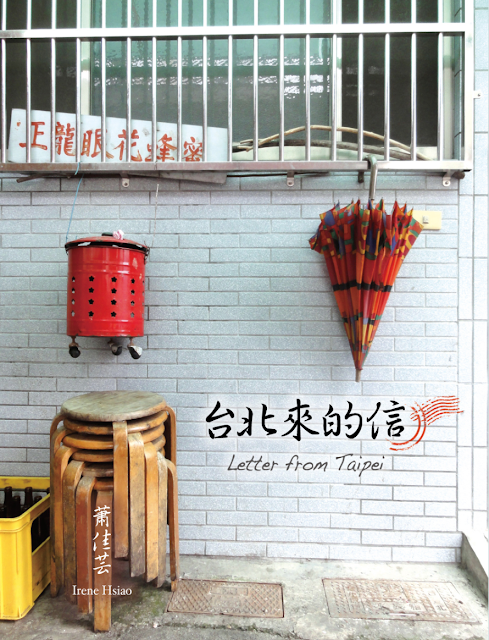 Her book of photography and text, Letter from Taipei, was published in 2014. She has been awarded the Louis Martz Prize by the William Carlos Williams Society and nominated for a Pushcart Prize.

Letter from Taipei is a picture book she made while teaching English at National Taipei University of Technology. It traces color and its absence and attempts to document the extraordinary in the ordinary in the streets of Taiwan.

Through photos and bilingual text, it is a spiritual inquiry inspired by a city that conceals its beauties in alleyways and small corners. "Though the book commemorates the particularity of the city of Taipei, it is a book for anyone who has ever been lonely in a strange place and anyone who enjoys hunting for beauty in unexpected places." 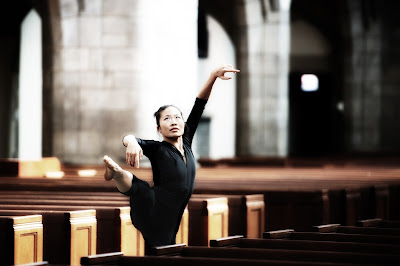 Irene Hsiao has worked as "a library attendant, library subject specialist, professor, editor, study guide and encyclopedia-entry writer, researcher, restaurant server, gelateria sales associate, cashier, ghostwriter, and unemployed sponge supported by her relatives." I find her journeys fascinating and inspiring in their own way. Or, at least, compelling warnings of how odd our journeys can become when we're on the artist's path. Needless to say, I empathize with her deeply.

One might argue you can see this labyrinthine journey reflected in her poem "An Autistic Man Lived on Frogs and Roots as He Wandered for Weeks in the Remote Escalante Desert of Southern Utah Until Being Rescued, Emaciated but Alive." It's a stark poem in many places, concluding "It's not the freeze but the thaw that aches / Suspended between salts in a nutrient brew / To double the disposition but not the history / To start again with the same material / To chance another meeting."

She has held "as few as 0 and as many as 8 jobs at a time, for as little as a week and as long as a year." She was a Regents’ scholar at UC Berkeley, where she earned a double BA in English and Molecular and Cell Biology and won the Chauncey Wetmore Wells Critical Essay Prize. She holds a PhD in literature from the University of Chicago. 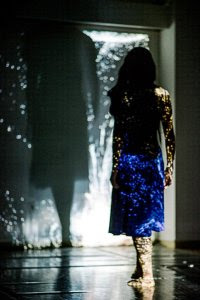 Dig around the Word Riot archives and you can find her poem "To Pass the Time I Read About Astronomy," which was nominated for a Pushcart Prize and I think it would have been a fine contender for a Rhysling Award. You can hear her give a live reading of it there, as well.

I was excited to see she has a poem online entitled "Anthology," in the same issue of Word Riot. I was curious to see how she approached the premise. I won't give it away, but I found it a delightful and surprising direction to take. I hope it's not too long before we see more poetry from her, or a full collection, which seems criminally overdue.

Be sure to visit her online at https://irenechsiao.wordpress.com/ and get to know her breathtaking body of work. It transforms you. Perhaps into a monster, too, perhaps something entirely different.