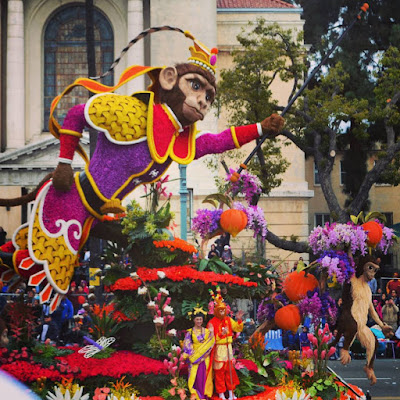 This week I had a chance to watch my first Rose Parade in person in Pasadena with great seats at Pasadena City College. It was an impressive display of civic spirit, art, and ambition as 96 floats and civic groups marched down Colorado Boulevard to the awe and amazement of the crowd.

Fittingly, as we close the Year of the Monkey, the Monkey King Sun Wukong was among the most notable and elaborate floats that came by. In the classic legends, he assists the monk Xuanzang to journey to the West to obtain the sacred sutras of the Buddha and bring them back to his own homeland. It's a beloved tale of the search for enlightenment and the virtues of cooperation. We could certainly use that as a reminder this month. 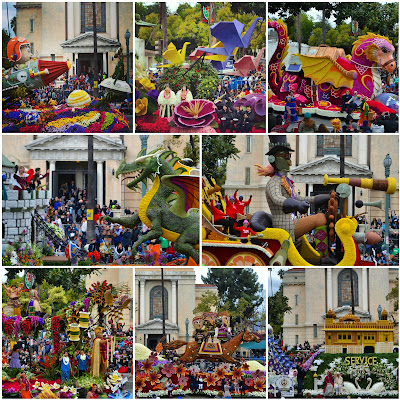 This year seemed like a particularly impressive year for floats with more fantastic designs such as those recalling the age of knights and dragons, or Trader Joe's steampunk themed float. The Armenian and Sikh communities particular stood out to me for their floats incorporating their heritage and extolling the virtues of service to others.

It made me wonder what might other Southeast Asian communities floats and marching groups look like if they were to participate in the parade in the years ahead. Might we see a float with a Lao Nak and the trickster Xieng Mieng, or a replica of That Luang? Would it have Lao girls dancing the traditional Fon Dok Champa or several of the Nang Songkrans from the previous year? It feels like there are many possibilities. 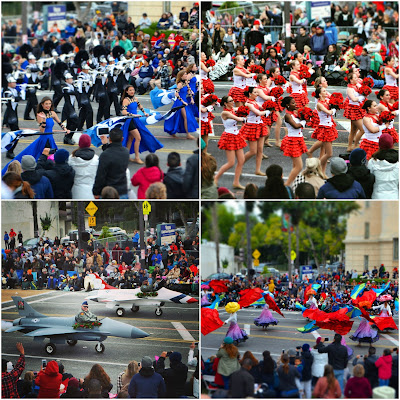 If our community was going to participate in the Rose Parade in 2017, we should certainly start making plans now, as it seems there's quite a process to become involved. Hats off to everyone involved in this massive undertaking, and I can see why it's been so popular since the tradition first began in 1890.