I had to make an emergency run into LAX to deliver a backpack to an engineer leaving for Taiwan close to midnight, and the protests over Trump's executive order banning Muslims from entering the country were still in full effect. I felt a bit bad for my Lyft driver Adrian, since this was the very first time he was ever doing it, and I'd driven him right into the middle of his first major protest, but he came through with flying colors. 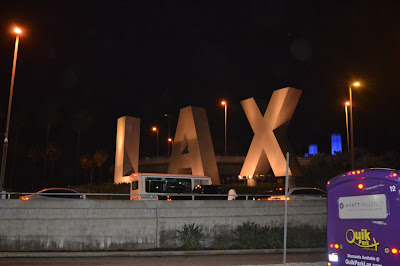 It gave me hope to see so many fellow Americans standing together protesting the social injustices that some would like to see become a permanent policy. But here are a few more images from the evening. The LAPD arrived in full riot gear, but the demonstration has been peaceful. 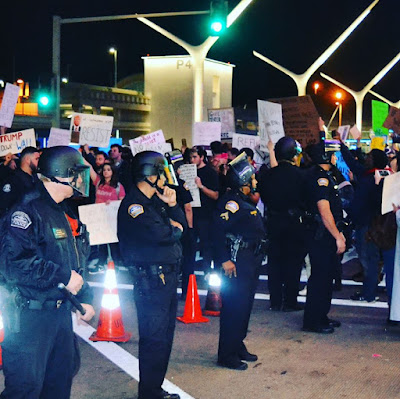 The events of the recent week have brought together a strong coalition of voices from across the country. Anyone whose family has roots as refugees in the United States needs to remember we were never embraced with open arms throughout most of the 20th Century. It behooves us to keep an open mind about the refugees of the 21st century. 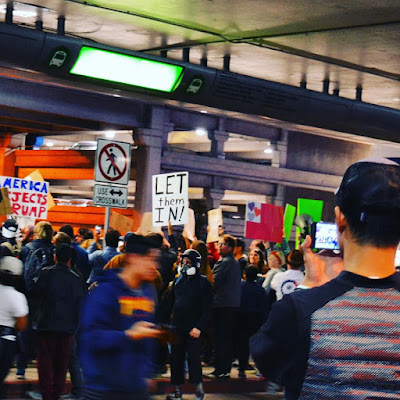 A 1975 Gallup Poll showed 52% opposed Southeast Asian refugees coming in to the US. The Harris Poll showed only 37% favored it (49% of Americans opposed it, and 14% weren't sure.) These were pretty big nationwide polls.

To me, the takeaway is a complex one, because there's a generation that's grown up thinking we earned our place (and HAD to earn our place, even though our diaspora is a direct violation the US intervention in Vietnam and Laos, which was a violation of the Geneva Accords.)

Our youth shouldn't think we were always welcomed in with open arms and that it's somehow OK for us to turn our backs on the refugees of today. We need to definitely keep the work going and the eyes open as we educate one another and build a fuller understanding of the society we want to build together. 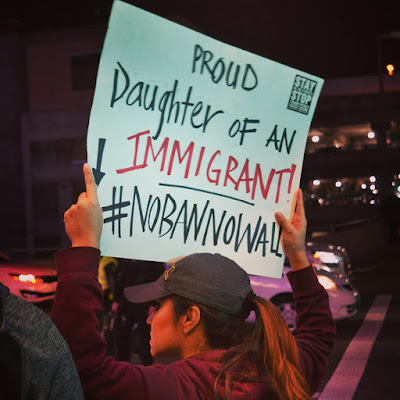 Also remember, January 30th is the birthday of the late Fred Korematsu, although this highlights the recent decisions by the US government as even-more tone-deaf on top of the recently observed Holocaust Remembrance Day and that controversy.