Dinosaurs and Dreams: Savannakhet and Cabazon

Savannakhet, Laos is home to one of the "biggest" dinosaur museums in Laos. Or at least Savannakhet. Everything's relative in this instance.

Having grown up with a great love of dinosaurs myself, I empathize with the owner and his passion. It's up there with the joy of Don Quixote and Emperor Norton, in my book, and in the years ahead, I hope to help him out a little bit more.

In the meantime, I thought it would be important to visit one of the biggest dinosaur museums of Cabazon, California to see how they do it. Granted, the museum is presently overrun with creationist materials, but it still raises a quirky enough bar that maybe our Lao colleagues will get inspired to make Savannakhet a major dinosaur attraction of Southeast Asia one day.

Here are a few of the shots from the journey: 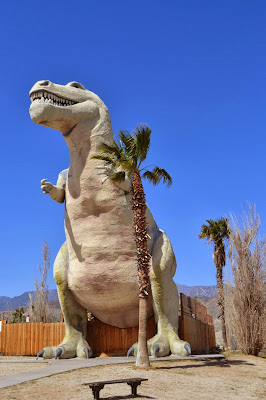 Dinny the Dinosaur was most recently made famous in the computer game Fallout: New Vegas. A few artistic liberties were taken with the level design, but in case you're curious, you COULD do much of what they suggested in that game in a far-flung, post-apocalyptic future. 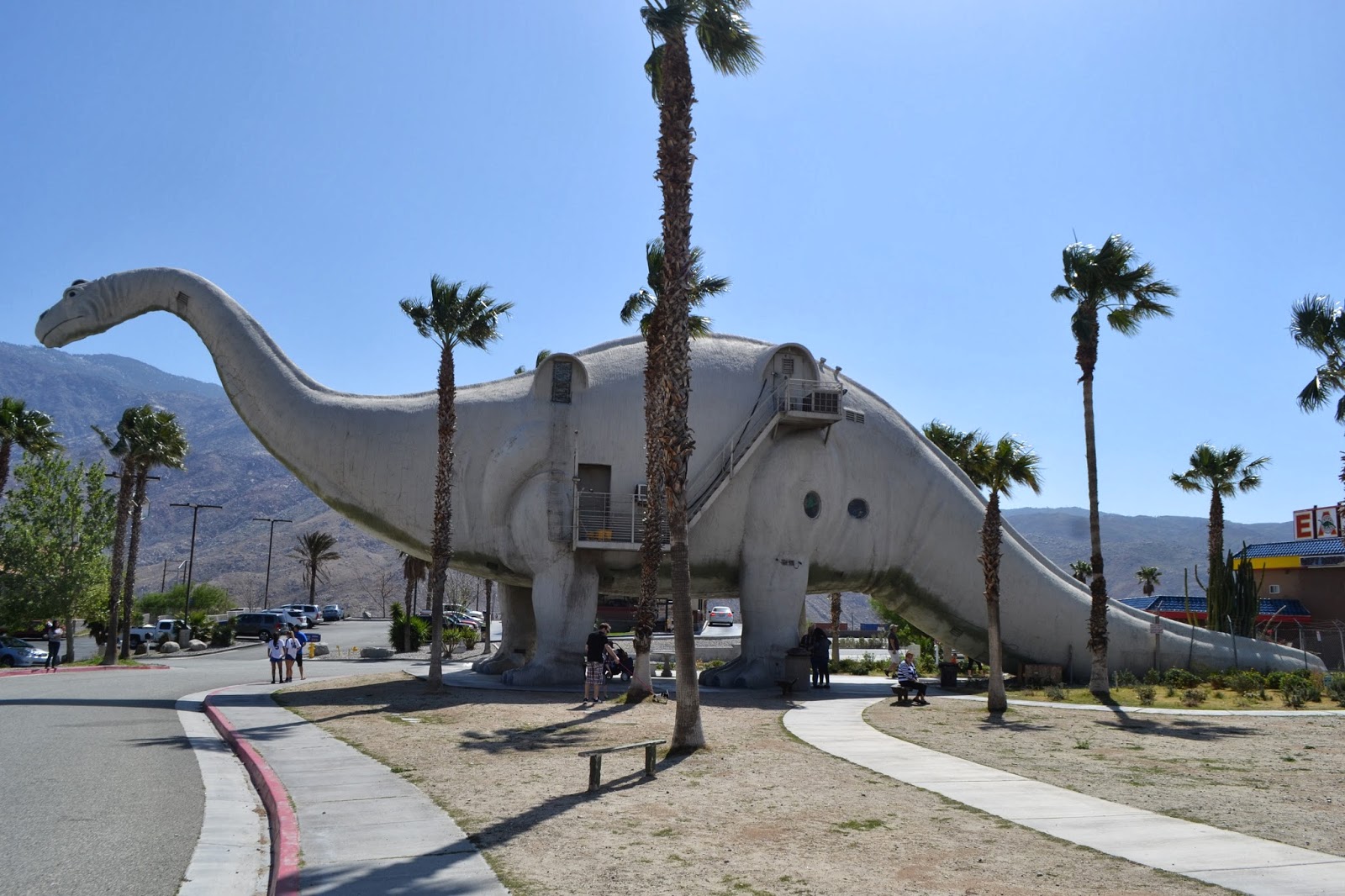 The dinosaur park has been featured in at least two films, Pee-Wee's Big Adventure and The Wizard. The stop has fallen on hard times since, with most of the restaurants nearby having gone out of business. Still, the city of Cabazon is your go to place if you're looking for Robot Dinosaur Exhibits. They've found several animatronic dinosaurs in great condition, as well as a variety of others of varying degree of authenticity. 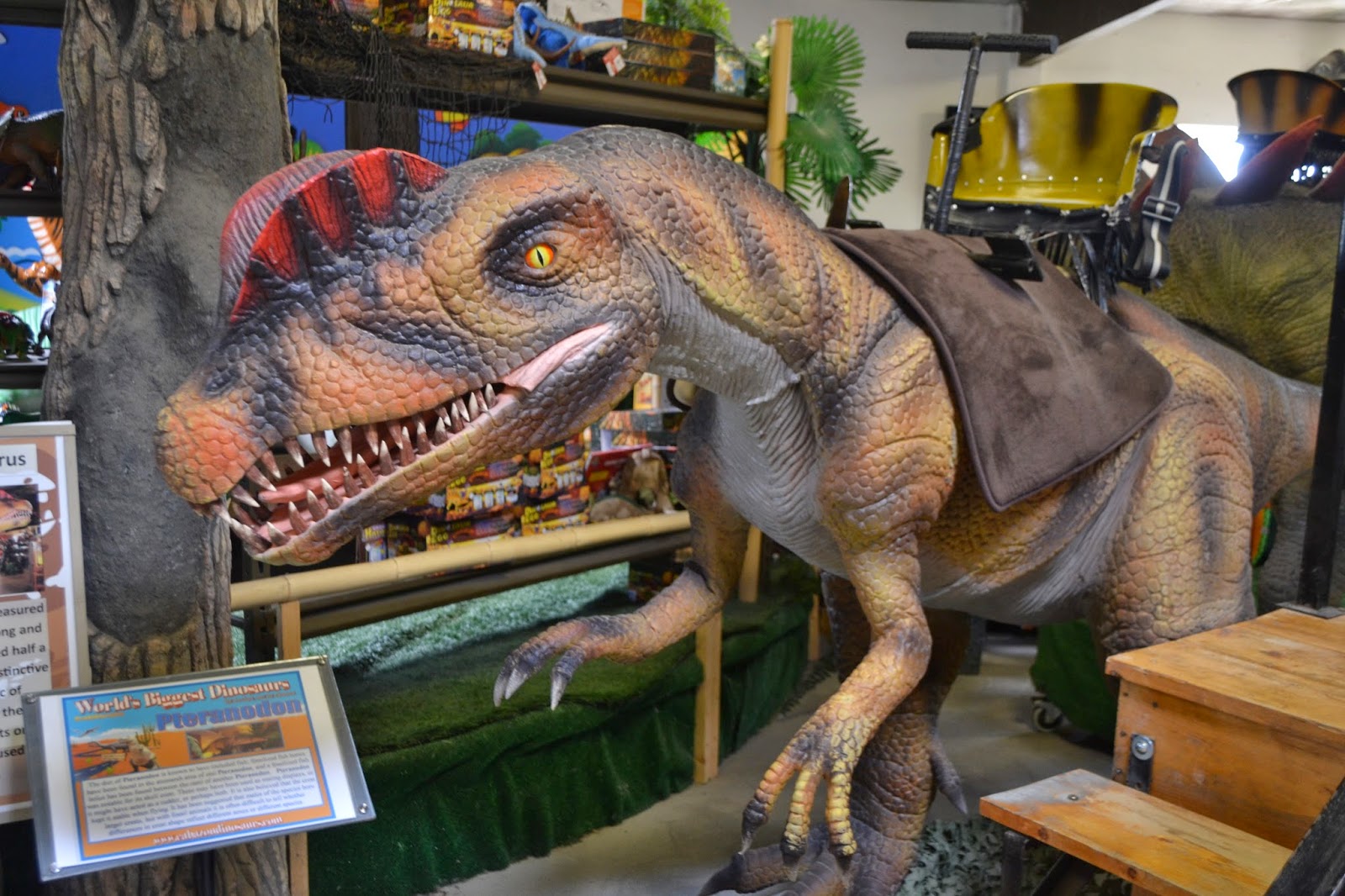 At  a certain point, it becomes clear much of the museum is run for entertainment purposes to widen the imagination and your sense of the possible and occasionally, the absurd. 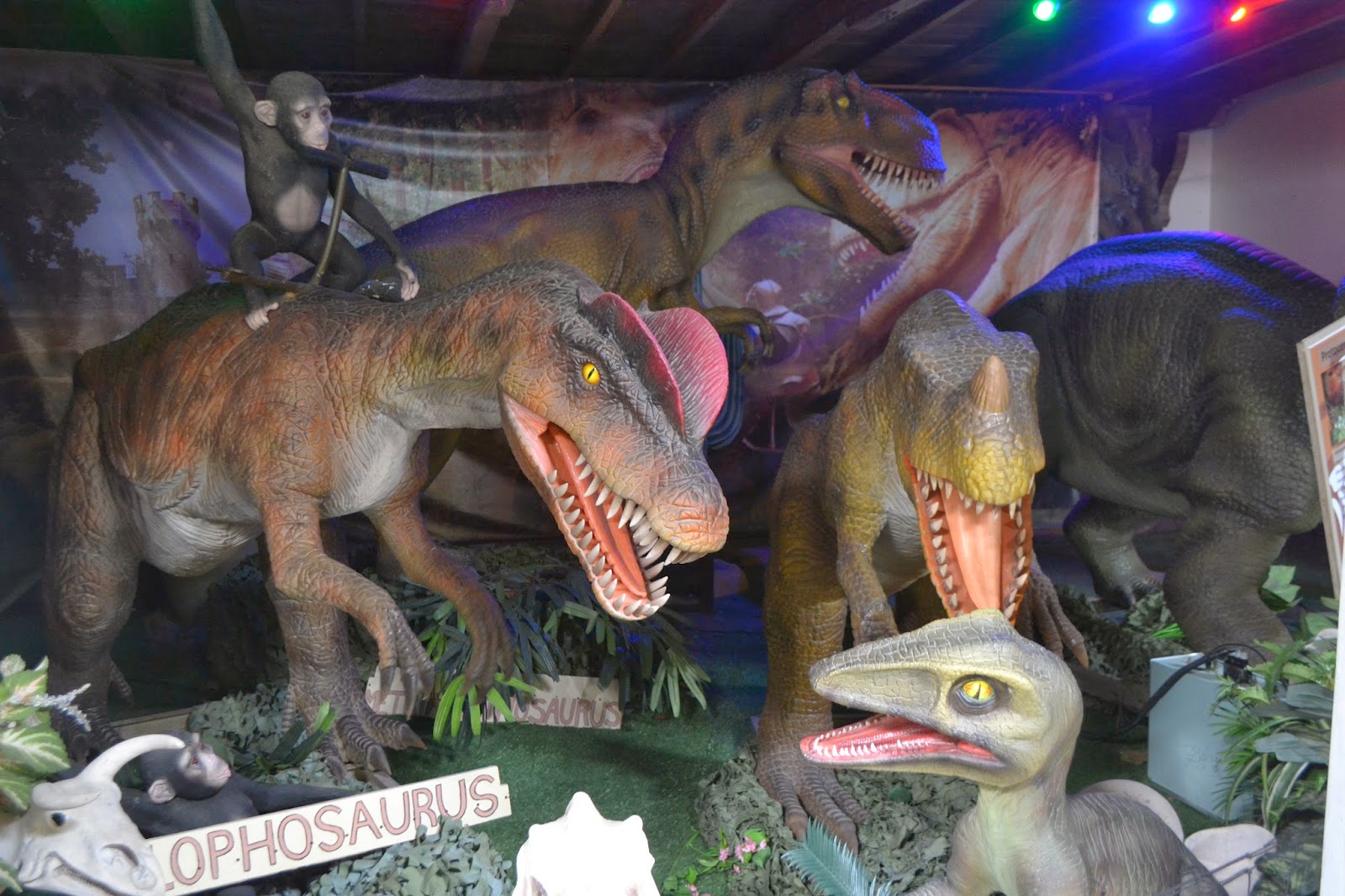 It also occasionally feels like a space where you're uncertain who'll meet next, such as, say, Rex, or a relative of Rex from Pixar's Toy Story series. It's entirely possible the resemblance is completely coincidental. 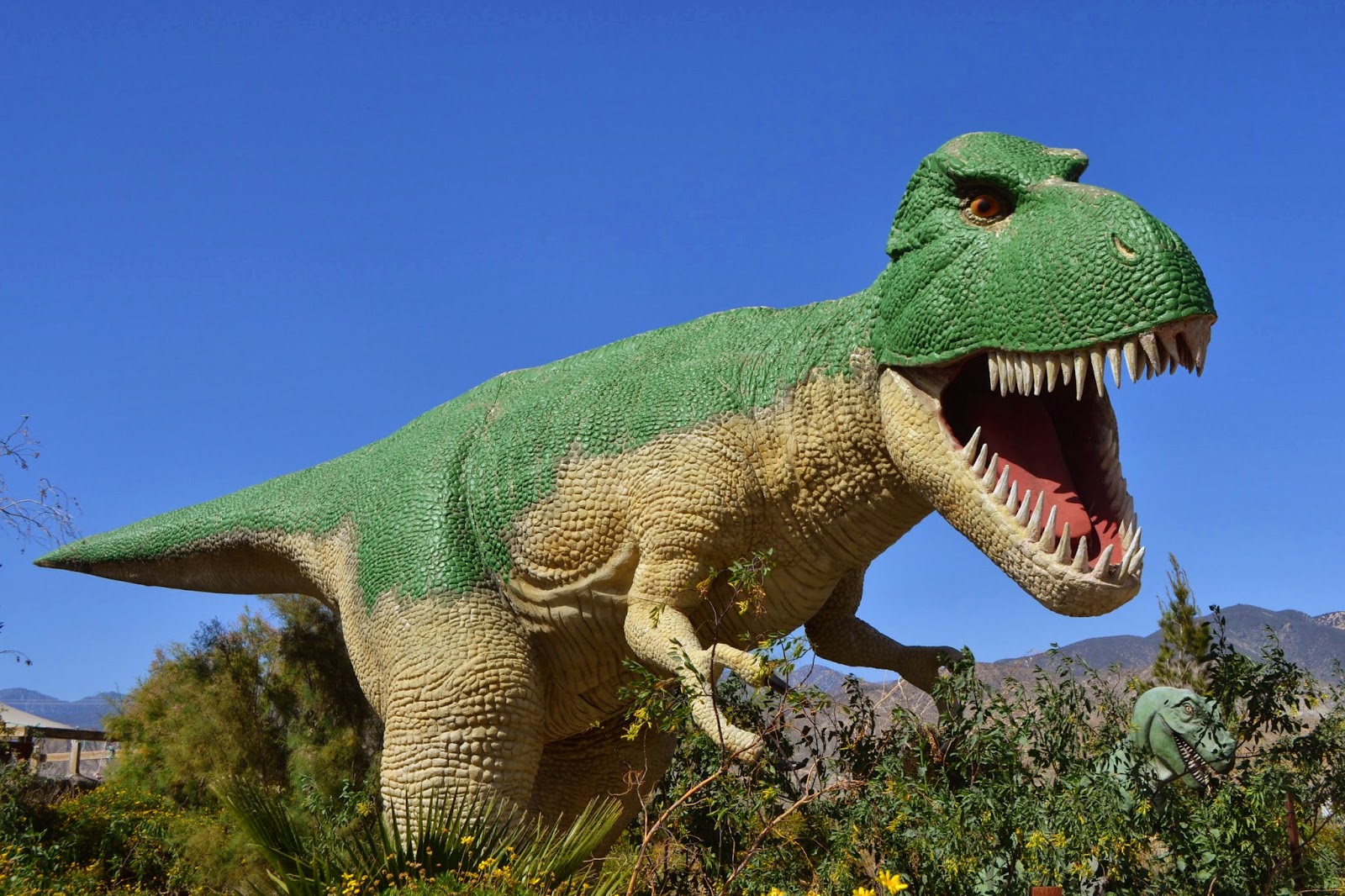 For $7.95 to see the whole thing, it's an interesting stop. The whole exhibit was clearly designed as a labor of love and some wily collecting. Hopefully, one day the residents of Cabezon will recognize it for the cultural treasure it is and work to ensure that it's preserved.

As for the dinosaur museum in Savannakhet, I ponder now what would really make the most sense for the community and how we might tie its success to the greater success of Savannakhet and Laos as a whole. There are many opportunities to consider. What if Savannakhet took its cue from the city of Nantes, in France, for example, with its giant marionettes? 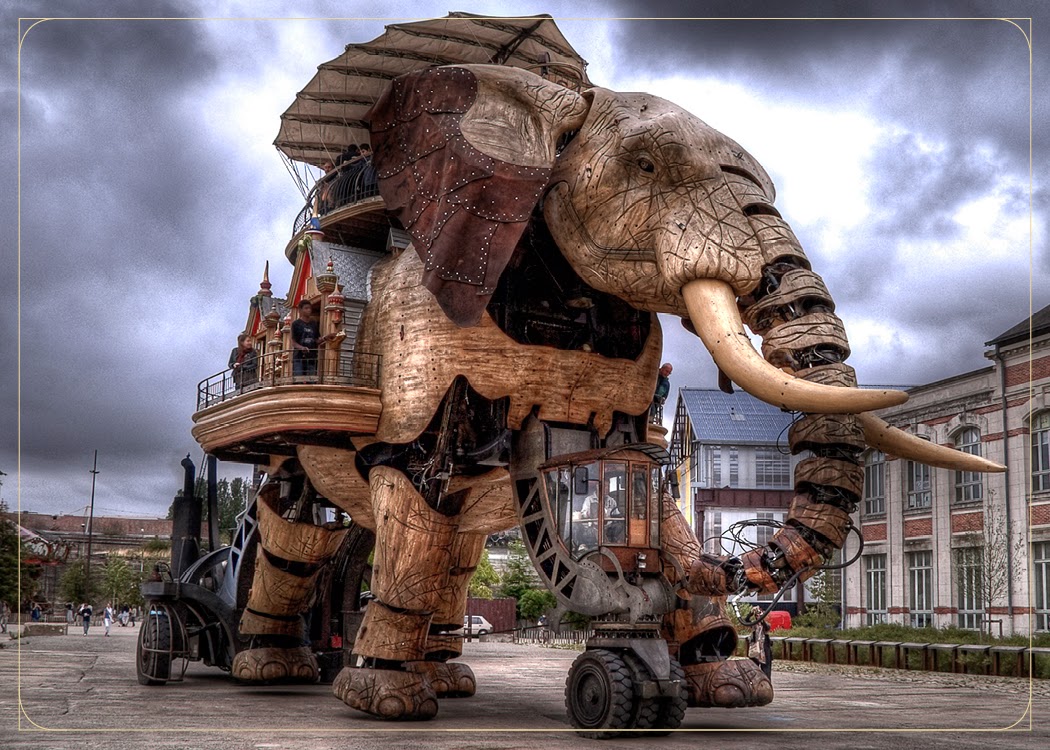