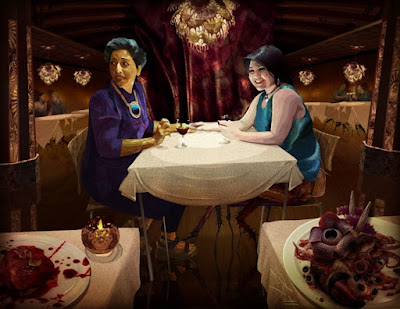 Over on kickstarter this month, the Lovecraftesque role-playing game has my attention as a Lovecraftian horror role-playing experience centered from a more progressive, culturally-sensitive approach to taking on the interesting ideas of 20th century weird fiction writer H.P. Lovecraft while also leaving behind some of his more odious elements such as his archaic and outdated views on mental health, race, and women. 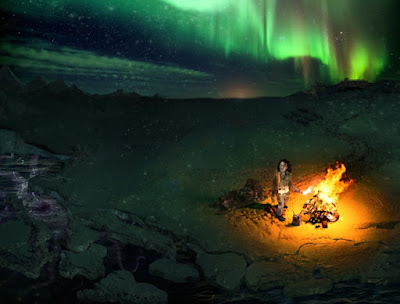 "Lovecraftesque is a GMless storytelling game of brooding cosmic horror. You and your friends will each contribute strange clues to a slow-building mystery, culminating in a journey into darkness that ends in a climactic scene of horror. You will be surprised and creeped out by your friends' contributions, but the game is designed so that it will feel like one person was GMing it, even though you never had to break the tension by pausing for discussion.

In short, Lovecraftesque is the GMless, indie-style Lovecraft game you've been waiting for. When you play Lovecraftesque you'll be creating your own mystery, and your own unique monsters that will feel like something out of Lovecraft's notebook. There won't be any Mi-Go or Deep Ones - you'll get a completely fresh take on the genre.

The game focuses on a single Witness, who is at the mercy of strange and terrifying events. Lovecraft's stories rarely featured parties of investigators, and the hero rarely wins - that's how our game works, too. You rotate responsibility for playing the Witness, but the role is much more about revealing their inner thoughts and fears than solving the mystery or beating up cultists."

I think it's worth checking out. They'll be using a unique gaming mechanic to get the results. They're already completely funded and now moving into the stretch goal phase. It ends on October 14th.