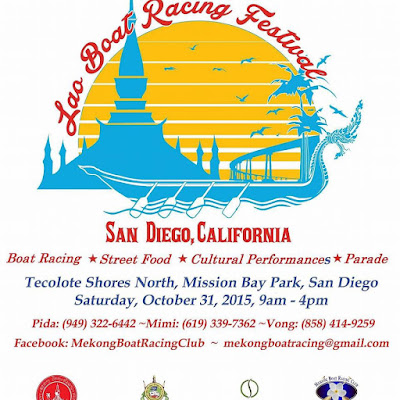 On Saturday, October 31st in San Diego, I'll be joining Sahtu Press at the Lao Boat Racing Festival at Tecolote Shores North, Mission Bay Park from 9AM to 4PM. 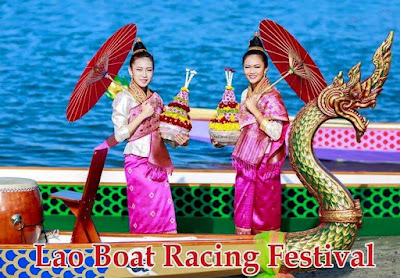 This is the second year the community in San Diego has organized the event. In addition to Dragonboat racing, they'll have Lao food and craft vendors, cultural performances including traditional Lao dance and music, and a parade. There are approximately 7,000 Lao estimated to reside in San Diego. For more information you can visit the organizers' facebook page at: MekongBoatRacing Club. 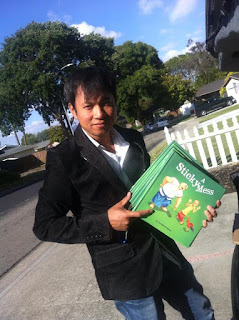 The other Sahtu Press authors will be there, too, including Nor Sanavongsay, author of "A Sticky Mess" and Krysada Panusith Phounsiri, the author of "Dance Among Elephants". Nor Sanavongsay have had a busy month with recent appearances at ZAPPCON in Fresno and ConVolution in San Francisco. Krysada Panusith Phounsiri also had a successful gallery show for his Snap Pilots photography team in San Diego in addition to his extensive traveling across the country. His book just finished selling out its most recent printing, but a fresh printing is arriving just in time for the Lao Boat Racing Festival. 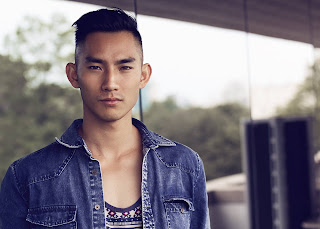 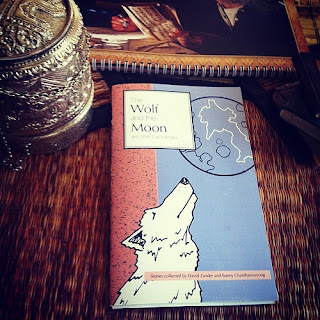 I'll have copies of Tanon Sai Jai and Demonstra on sale for $20 each at the festival, although we'll also have discounted bundles available throughout the day.

In the Sahtu Press reissue of my 2009 poetry collection, I address the complicated twists and turns of the Lao diaspora in one of my more intimate and personal collections to date. Composed of 56 poems and a photo essay, I contemplate what it means to be Lao and Lao American.

Is there a difference? How do we reconcile with memory, and how do we share a future? Tanon Sai Jai probes many of the familiar symbols and everyday objects of Lao life and pays tribute to many of the artists, writers and community builders I met along the way. Sometimes deep, soften humorous and humane, Tanon Sai Jai gives readers many things to think about on the Path of the Heart. 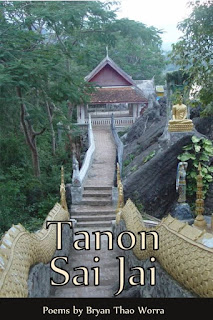 DEMONSTRA is my 2013 award-winning book. It received the Science Fiction Poetry Association Elgin Award for Book of the Year. As my publisher, Innsmouth Press described it: "In the depths, half-hidden under still waters, await strange and vicious creatures …. Cthulhu, Godzilla and nagas mingle in DEMONSTRA, a speculative poem collection which assembles 20 years of work. DEMONSTRA is a book of things glimpsed out of the corner of the eye. It is about a reality that can never fully be demonstrated, authenticated, dissected, for certain visions always remain in shadows." 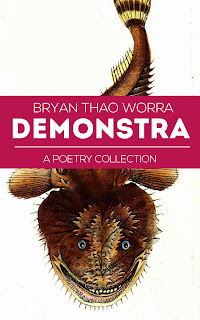 As an interesting bit of history, dragonboat racing originated in China, but many other nations observe it to recognize aspects of our shared heritage.

One version of the tale maintains that there was a wise and loyal minister and poet named Qu Yuan who served the Zhou Emperor. His book, the Chu Ci is widely regarded as one of the two greatest books of ancient Chinese verse. He was much beloved by the common people for his constant fight against corruption in the emperor's court. However, Qu Yuan finally became so despondent at the corruption of his colleagues he threw himself into the Milou River. 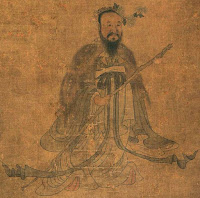 The community rushed out in long boats hoping to rescue him, but they were too late. They beat drums to scare the fish away, and threw dumplings into the water to feed the fish so they would not eat Qu Yuan's body. It is said that late one night, Qu Yuan's ghost appeared before his friends and told them his fate, asking them to wrap their rice into three-cornered silk packages to ward off a dragon in the river. 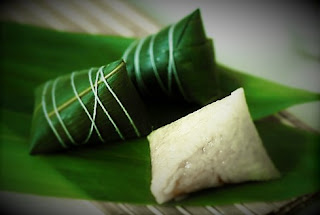 Dragonboat races have since been held to commemorate Qu Yuan’s death, typically celebrated on the fifth day of the fifth month of the lunar calendar. Many communities now convene dragonboat races year-round.

My poem "Zongzi" was written in part because of this legend, although it never really found a home in other journals. So it goes.

How can a person be free
If they do not grow?
Will all of the poets die
If Tomorrow finally arrives?

How hard did the home winds blow
On the bleak isle of sharp-beaked Harpies?
Will Qu Yuan ever bob to the surface
And touch my humble dragon's bow?

Can burnt flags really feed trees
better than spilled blood?
If I don't pretend I'm here
Atop my staircase now,
Where do I go tomorrow?

After a good meal on University Avenue,
You might dream of unwrapping
A forlorn writer's last words
Secretly scratched onto a bamboo leaf,
Thrown to the wind for passing schoolchildren
From an attic of dried flowers and dust
And ask, "When do electric elephants dream,
If all of their time is spent remembering?"