Starry Wisdom, the Dying Earth, and Toy Soldiers: An Interview with Simon Berman 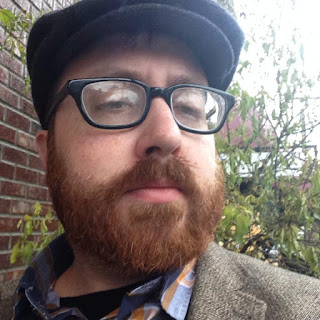 Up in Seattle, there's a rather curious and interesting fellow I've known for some years now who passes through the waking world as Simon Berman. Our paths intersect in surprising ways, not the least of which being a love of books, forbidden knowledge, games, and the Cthulhu Mythos. Because of his work with Privateer Press, I became acquainted with their Warmachine Game, among other projects. One of those happens to be his ambitious Book of Starry Wisdom that came about from his desire to hold a book of H.P. Lovecraft's works that felt as ominous as the storied Necronomicon.

When he approached me about the possibility of being a contributor, I said yes without hesitation because I know he "gets it" as much as this subject can be "gotten".

In any case, between both of our harried schedules and any number of unusual mishaps, bizarre circumstances and anomolies warping time, space and mere reality, we finally had a chance to discuss his path and influences, and I found myself even more excited than ever to work with him. Be sure to check out his blog at A Love Letter To Atrocity, and do consider backing The Book of Starry Wisdom.


You always have so many projects going on at once. What are your top three at the moment you're really excited about?

Right now, The Book of Starry Wisdom is obviously the center of my world. After that, it's an ongoing project that I've been helping to manage for almost two years now, Eliza Gauger's Problem Glyphs. As for a third, well it's for my day job at Privateer Press and I can't talk about it publicly right now!


How do you describe your job to your family?


You're involved in many parts of science fiction and fantasy, but particularly with the works of H.P. Lovecraft. How did you first get introduced to his work? And what's your favorite H.P. Lovecraft story?

I actually first encountered Lovecraft in a somewhat roundabout way. It would have been somewhere around 1993 when I was a very enthusiastic Metallica fan. I had listened to all their music at that point, so I had already encountered their songs "The Call of Ktulu" and "The Thing That Should Not Be," but I didn't understand what they were about. I ended up reading a biography of the band which devoted a paragraph or so to their fascination with Lovcraft's stories. Being a certain breed of heavy metal and roleplaying game nerd, it more or less ensured that the next book I picked up was a Del Rey collection of Lovecraft's stories, one of the ones with the amazing Michael Whelan covers, and I was hooked right there.

As for my favorite Lovecraft story, it has got to be The Dunwich Horror. It has all the elements that I love in his work; remote villages, degenerate families, ancient books, people turning into monsters, alien gods, and cosmic peril. Lovecraft wrote more effective stories and explored those ideas in greater depth elsewhere, but for me, The Dunwich Horror is the whole package.


Who do you consider some of your personal literary role models? Who would you consider your strangest influence?

Lovecraft goes without saying, but this is a tough one. My mother is from England and I grew up reading a lot of British fiction. My parents didn't really bother to curate the books available to me by age appropriateness which I think benefited me in a lot of ways.

I'd read all of George Macdonald Fraser's Flashman novels by the time I was twelve, and that love of history and black humor made a huge impact. Fraser brought history to life in those books like no one else and I'd kill to have a faction of his ability. Gerald Durrel's memoirs are a touchstone for me, and were a real force multiplier on my love of natural history as a child.

As for more contemporary writers, I'd be remiss not to mention Alan Moore and Michel Houllebecq. Houllebecq's The Possibility of an Island is some of the best contemporary not-quite-science fiction I've read, which also reminds me that I should mention my recent love of Jeff Vandermeer's Southern Reach trilogy. But then I feel like I'm doing Michael Moorcock a disservice for not mentioned dozens of his novels, and also Jack Vance's Dying Earth, and I could go on, is what I'm saying.


Are there any specific writers at the moment you feel we underappreciate?

Well, now that you mention it and I already mentioned him, Jack Vance. Vance laid so much groundwork for modern science fiction and fantasy and outside of roleplaying game circles he's just not very well known. One of these days someone at HBO or AMC is going to find his Dying Earth or Lyonesse stories and he'll get the appreciation he's due, I hope. 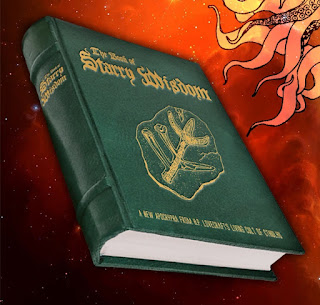 After nearly a century, there's still an ongoing fascination with the work of H.P. Lovecraft. But are we coming close to exhausting the directions we can go with his work and the Cthulhu Mythos?

I don't think so. There are some tropes that are getting really tired by this point but I think the nature of his work is going to lend itself to dramatic reinterpretations for as long as people are telling stories.

The virtue of having so many "indescribable" horrors and so forth means that every creator gets to put their own stamp on them. I could do without seeing another ripped muscle man with a squid head, but I think as long as people are examining, deconstructing, and engaging with his stories and themes we're going to keep getting exciting new takes on the Mythos.


What's your advice for a beginner who is interested in getting involved with writing?

Write for pleasure. Write whenever you can. Get a job that isn't writing for a while and it will make you appreciate the writing that you do in your spare time all the more. There's a lot to be said for writing for a living but don't jump in the deep end on that, I've seen so many people turned bitter at the craft itself because they were struggling to get by on the sad rates that are just the reality for a starting writer.

Do what you have to do to keep yourself from hating it and, if you're determined to improve your work, willing to make connections, and a little bit lucky, success of some sort will likely follow.


When are you most excited with a project?

The immediate answer I had was"at the beginning," but on second thought it's when I start to really pull the project together. When it's at a point where it's coalesced enough and I'm confident enough in it that I can start talking about it with people in my inner circle. Most of my projects never get to that point.

I tend to hoard ideas for a while, what Warren Ellis calls the "compost bin" method. You think deeply on the idea for a little while, a few days, a week, make notes, obsess over it, and then you put it away. Don't think about it for a month. When you come back to it you see if the refuse has turned into fertilizer. If it does, I start work in earnest. That's when I get excited.


What's a personal rule you set for yourself as a writer?

Don't talk about things you haven't written yet. It's easy to spout a half-baked idea to your friends online and get distracted by the excitement instead of actually writing the god damn thing.

Check out The Book of Starry Wisdom at: https://www.kickstarter.com/projects/aeeth/the-book-of-starry-wisdom-apocrypha-of-lovecrafts/ The campaign ends November 1st!