Acolytes, the Grotesque and Nancy Hightower 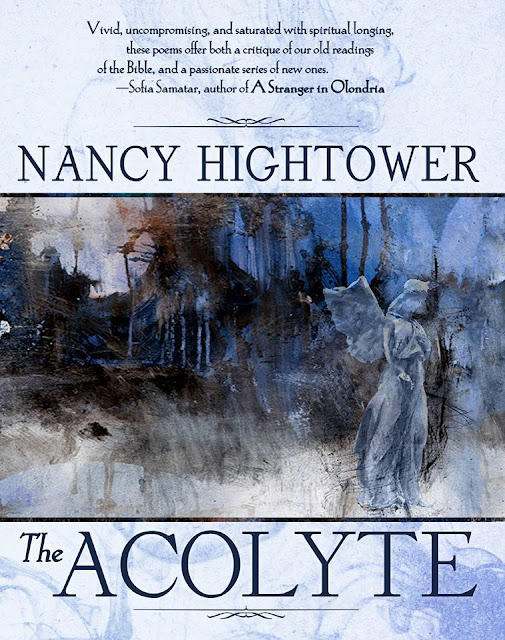 Nancy Hightower occupies an interesting and wondrous space in the world as a writer and educator. Her short fiction and poetry have been published widely in journals such as Gargoyle, Strange Horizons, Danse Macabre, Sundog Lit, Word Riot, and the New York Quarterly. Her novel Elementari Rising has been well received, and she reviews science fiction and fantasy for the Washington Post.

The Acolyte, her debut book of poetry was released in October, 2015 from Port Yonder Press and is already recieving good reviews for her approach to reframing biblical narratives. 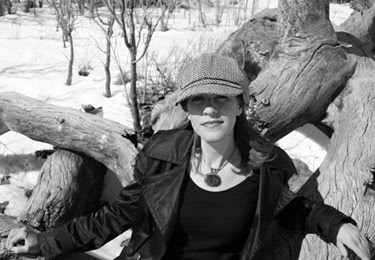 Her work has been called haunting, surreal, and feminist. She holds a Ph.D. in English/Creative Writing from the University of Denver, and was recently listed as one of the Top 100 Creatives by Origins Magazine. Nancy has a tremendous wit and breadth of knowledge, especially regarding the grotesque and the fantastic. Behind the scenes, one gets the sense there's a grand adventure yet still unfolding for her. It's a delight to read her verse when she bring all of this into play, and The Acolyte has one of my strongest recommendations for books of poetry this year.

I'm delighted she took time out of her busy schedule to discuss her latest book and what's influenced her. Be sure to visit her online at www.nancyhightower.com


How did you first develop an interest in poetry? How would you describe your access to poetry growing up?

I think I really developed an interest in a first year college class on American poetry. I quickly ate up all the dark poetry of Sylvia Plath and Anne Sexton, but my professor at the time also turned me towards the more life affirming work of Denise Levertov (which was a good call, and her books very much influenced The Acolyte, as much as Sexton's Transformations. I'm sure I read poetry growing up, but the fantasy novels of Tolkien and L'Engle took precedence over poetry until college. Once I got into grad school, Rikki Ducornet (the queen of dark, weird fiction) really pushed me to develop my poems--I wrote "REM" in her class.


Which poem of yours do you usually recommend to someone who wants to read your work for the first time?

Probably "PTL, circa 1981" (I grew up watching it being built, and saw both the good and darkness that came out of it) or "Jael" (the woman who nails Sisera's head to ground and saves the children of Israel; it's a great Bible story, and doesn't get a lot of play time in any sermon I've ever heard). "Jael" is super fun for people to read, and "PTL" is one that many people relate to, I think.

Coffee. Always coffee, but never black and always with a ton of cream and sugar, so that it's more like chocolate milk (will people still respect me knowing this?) 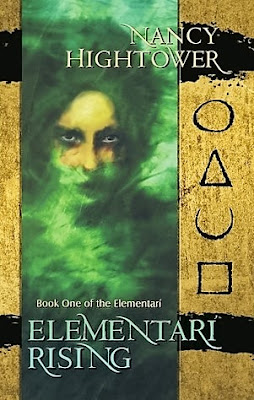 If you could have any imaginary being for a pet or a companion, what would you choose?

Can it be a fictional character? If so, I think I would have Door from Neverwhere to be a companion. First, I'd never have to worry about forgetting my keys again. But also, there is something about her exile, her journey, that really speaks to me. I think exile is a common theme in The Acolyte as well.


You've often given presentations on the grotesque in art. What seems to surprise your student the most these days when you discuss this?

I often talk to students who feel like they can't be shocked anymore. From a generation that has seen Saw or Hostel, they believe that they've grown immune to violence, or that violence is entertainment. The grotesque (with a capital G, the kind defined by Flannery O'Connor or Geoffrey Galt Harpham) is an aesthetic that ties horror to humor and beauty in a way that smashes boundaries. The way that I present the subject, the Grotesque will do its best to erase the boundary between you and whomever you consider the Other.


Do you prefer to write in silence, or with music?

Usually music. I often have a soundtrack to write a particular story or poem or novel. 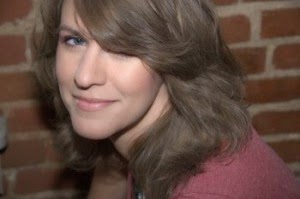 Faith and the feminine are some of the themes you take on regularly in your poetry. There's often a particular undercurrent of the mysterious to these works. So far, who's been one of the most difficult figures to address in your verse?

Tamar's story has always fascinated me. Here's this young woman with two dead husbands on her hand, and she's waiting for Judah's last son to grow up to get a shot at helping to carry on the family line. Judah is so scared that his last son will die too, he doesn't give her to him in marriage. So, she dresses up as a prostitute and sleeps with Judah, taking his bracelets as a pledge for payment... This is one desperate, creative woman. When Judah finds out his widowed daughter in law is pregnant, he says to bring in her and burn her. But that's when she pulls the best sting operation, since she takes out his bracelets and says, "Discern, whose are these." Judah's response is equally amazing when he declares, "She has been more righteous than I."

Now, you've got to understand, up to this point, Judah has been a total ass concerning family. It was his idea to sell his younger brother Joseph into slavery. He was going to let Tamar die childless and alone. But here, he finally owns up to not protecting his family, and the Judah who later meets a King Joseph is completely different. He offers himself up to be a slave to Joseph for life.

I've always thought that it was Tamar who made Judah the Lion of Judah. And, of course, it is she who starts the line of David, the line of Christ. How to encapsulate that story, with all of its betrayal and redemption, was difficult, but I finished that poem in only two drafts.


You've been spending a lot of time in New York. Have you noticed any changes to your approach to writing, lately?

Maybe. I guess it's easier to produce here because everyone is writing a book or producing a play or writing an article. You get caught up in it. For instance, I co-wrote a book proposal over the summer with DJ Spooky. That wouldn't have happened before I moved here.

Well, in all honesty, I think of myself as a fiction writer more than a poet. But I remember that Rikki Ducornet used to slay me with her critiques--I'd write a long poem, and she'd pick one line from it, and say, "Start there. That's your line." I found when revising poems, I can do that on my own now--keep maybe one line from previous draft and create something very sparse, yet tight--you see some of those in The Acolyte.


The Acolyte has been getting some excellent reviews. Will you be doing a wider book tour throughout 2016?

No plans for a book tour--although I am doing more readings in NYC!