Salon.Com recently did a piece on the Montagnard commuities resettling in the US: “America has forgotten about us”: Former allies in Vietnam flee persecution," by Chris Kenning, originally for the Global Post. I hope one day we view the Montagnards through a lens beyond their wartime roles in the world, and take the time to encourage them to build and grow their culture, to embrace new traditions and new ways of looking at their history and who they can be.

Growing up in my family, I learned about Montagnards of Vietnam first before I'd even learned about the Hmong, Khmu, Tai Dam, Lua and others who'd fought for the US State Department's CIA-trained secret army in Laos. The Montagnards played a vital role in supporting Green Berets in the highlands during the conflicts. 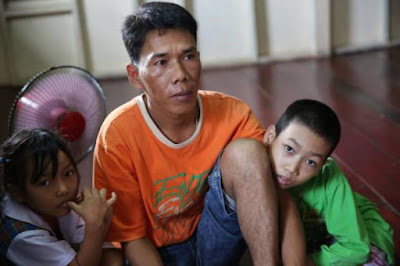 They form one of many groups who were left on their own when the orders for withdrawal came 40 years ago. I'm saddedned that it's taken so long to get so many of America's former allies to the US where they might rebuild their lives in relatively more safety from post-war reprisals and discrimination.

It reminds me of how much farther we need to go to make this a better world for everyone, and to embrace all of our diverse journeys.