Cells, Cycles and Haikus, a conversation with poet Roman Lyakhovetsky

When you truly find yourself on the path of a poet, you run into fellow poets from all walks of life around the world. Each has their own distinctive stories about how they came into the art. This week I'm sharing an interview with a poet who specializes in finding the big ideas in very small things, an approach I definitely appreciate. 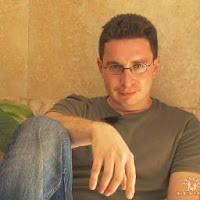 Originally from Saratov, Russia, Dr. Roman Lyakhovetsky now lives in Israel. A researcher at Shaare Zedek Medical Center, his specialty is in celluar biology and molecular biology. As a poet, he's most well known for his haiku, which have appeared in various journals including Modern Haiku, Frogpond, Heron's Nest, the Living Haiku Anthology, Star*Line and Tinywords, among others.

I first encountered him through our mutual membership in the Science Fiction Poetry Association, and a shared fascination with global mythology, metaphysics and the fantastic, which often make an appearance in his work.  I also found that he and I shared very similar musical tastes. Because of his professional work in the sciences, I was curious to hear how that made its way into his creative writing.

I appreciate the time he took with me to discuss his approach to poetry, and I hope it inspires others on similar paths.

Do you mind telling us when you first developed an interest in poetry? How would you describe your access to poetry growing up?

This actually comes from my interest in music. I was fascinated with music from a very young age, but failed to make progress on any instrument. I listened to countless rock and blues albums and by the way learned the lyrics, because I wanted to know what are these guys singing about? So I got to know and appreciate the poetry in lyrics of Pete Sinfield (King Crimson), Syd Barrett(Pink Floyd), Ian Anderson (Jethro Tull), Tom Waits - oh, Tom always was and remains a huge influence, and through Tom Waits I reached the Beat poets - Jack Kerouac, Allen Ginsberg, Gary Snyder.

I came to know that Kerouac wrote these short poetic units called haiku and got hooked on them. Then I reached the classic Japanese poetry, and learned to read and appreciate it. And then came the revelation - some night as one of my kids was sick, I sat by his bed and suddenly scribbled something about the moon. Somehow this reminded me about haiku and I thought that maybe I could write like this. Long story short, I started learning to write haiku and its witty brother senryu, and then I also got into writing tanka and collaborate with other poets to write renku. These days I continue to express myself through all of these.

You have a background in science. What are some of the interesting ways you've found this affecting your approach to poetry?

For me, both art and science are at the forefront of human creativity. I find that for me the best example of poetry in science is the discovery of the structure of benzene by german organic chemist August Kekule in 1865. 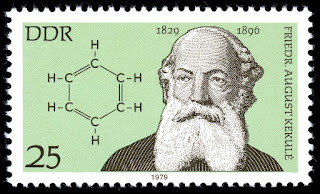 He told different versions of this story, but all of them are based on him coming up with the structure of benzene molecule as a beautiful ring-like closed chain of six carbon atoms after day-dreaming about Ouroboros - snake that is eating its own tail - the ancient Egyptian symbol of self reflexivity or cyclicality. This is the most beautiful story I know about when scientific discovery is inspired by spiritual image. I do not mix these things consciously, but I hope they do influence each other in my subconscious. I believe science, poetry and any other creative activity to be just sides of the same coin - human creativity, which I regard as one of the most beautiful gifts we intrinsically possess. 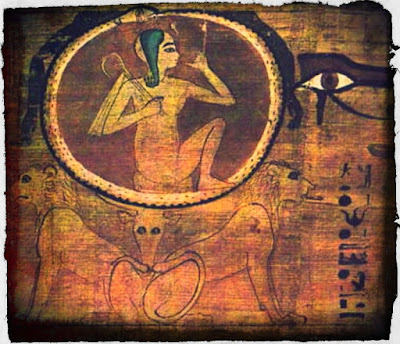 Which poem of yours do you usually recommend to someone who wants to read your work for the first time?

Well, since haiku are very short, I would allow myself to cite three I feel good to return to sometimes:

sleepwalking
i bump into the last
line of the poem


dead sea i get as dirty as she wants me to


where the waterfall
becomes a river...
prayer at dawn


If you could have any imaginary being for a pet or a companion, what would you choose?

I liked very much a book by British author Andrew Collins who writes about many things related to alternative explanations of history and the roots of modern civilization - the book is called From the Ashes of Angels. He suggests the biblical angels were some literary description of an ancient shamanic people that were wearing feathers as clothes and teaching others all kinds of wisdom. I think I would very much like to meet one of those to talk about how was it to live on Earth before the Great Flood!

This depends on the time of the day. I am a morning person, and in the morning nothing to stand between me and my coffee, but later on everything is possible :)


There are many opinions on what a "proper" haiku is supposed to incorporate. What are some of the most important elements to writing haiku you try to include in your work?

This one has to do with what a haiku actually "is". There are people who look more at the form, while there are those who look at the contents (atmosphere, poetic devices). I personally regard haiku as an evidence of a spark that ignites when the eternal touches the minutiae. If a haijin (haiku poet) happens to be near and records it, the perception of the moment itself can be shared. So for me this is what "makes" the haiku - a successful juxtaposition between something small and rutine to something universal. Another thing is the rhythm - it is hard to verbalize what I mean exactly, but I try to maintain the "musical flow" of the poem, sometimes changing words until they fit together. This is especially true for scifaiku, since sci fi words are usually quite long and they stand out in poems, so it might be hard sometimes to condense the poem, so it does not become too wordy.


Are you considering a full-length book or manuscript in the future?

I do consider compiling various drafts for a chapbook, but nothing definite as of the moment.


What's one of the most unusual subjects you've taken on with a poem so far?

I think that the "unusualness" of the subject is very subjective (pun totally intended). Being from Israel, I think that subjects like circumcisers and shaheed killers might sound very local and thus strange to the ears of outsiders. On the other hand, I wrote some tanka sequences that were based on most frequent words in songs ("Vaudeville Pawnshop,"  my tanka sequence based on the Ziggy Stardust persona of David Bowie was recently published in Atlas Poetica).


What's your idea of an ideal space to write?


What's one of your strangest dreams you remember?

Well to be honest I stopped remembering my dreams near when I stopped flying in the dream, so now I try to write imaginary stuff to compensate for lack of dreams. 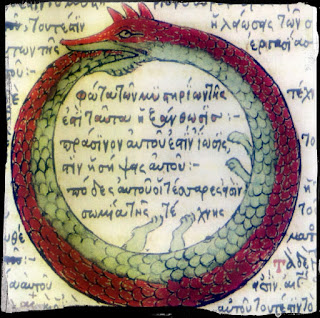