Racial Justice Through the Lens of Mass Incarceration

"Racial Justice Through the Lens of Mass Incarceration" was part of a significant question posed to me recently in a number of circles. It's one where I find the idea interesting, and one where it feels like the Lao in diaspora could take it more fully into consideration. A review of our current state of affairs suggests Lao have more than a passing stake in the subject.

While I wish there was more meat to the report, it suffices for opening larger conversations in the future. As many community activists and organizations have noted elsewhere, the lack of disaggregated data for many institutions makes it difficult to fully assess the issue.

Southeast Asian American communities were 3-4 times more likely to see members deported for old convictions than other communities, according to 2015 data from the Transactional Records Access Clearinghouse.  The report was concerned that Asian American youth have a very high arrest rates in many cities, such as Oakland, California. This should concern us.


1) We seek mass labor and education, not mass incarceration. We must invest in solutions that promote restorative justice and healing rather than dehumanization.

2) National policy must be based on grassroots leadership and those who are directly impacted by mass incarceration and deportation.

3) We must build coalitions with AAPI groups and other communities of color on local, national, and international levels.

4) We seek transformative justice for all, and we oppose the “good prisoner versus bad prisoner” narrative.

5) Our work is based on compassion and commitment to our communities.

For the most part, it is difficult to object to these ideas, but the question for the Lao in the US must be one of socio-political will. The AAPIs Behind Bars: Exposing the School to Prison to Deportation Pipeline convening apparently did not include any of the major Lao organizations, whether it is the Laotian American National Alliance, the Center for Lao Studies, the Lao Assistance Center, Lao Family Community, the Laotian American Community of Fresno, or any others, based on the organizations cited in the report. We might need to have a further conversation on this. 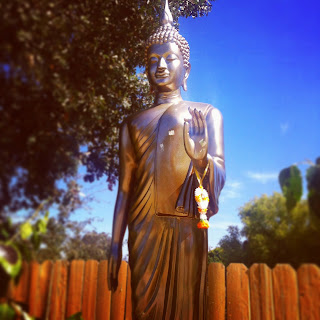 The AAPIs Behind Bars: Exposing the School to Prison to Deportation Pipeline report suggests we need to address this topic in five areas: Prevention, Sentencing, Incarceration, Deportation, and Re-Entry. Their recommendations are idealistic and make an effort to be humane and rational. The report presumes that key power structures involved in this reform effort can be shown incentives to change.

The Southeast Asian Freedom Network has been advocating that Laos and Cambodia adopt an agreement similar to the one in place with Vietnam stating that "persons who entered the United States before the date of post-conflict normalized relations, would not be returned to those nations." There is also call to repeal the 1996 Illegal Immigration Reform and Immigrant Responsibility Act (IIRIRA), which restricts due process and fairness for many immigrants and refugees with criminal convictions.

There is also an effort to "promote restorative justice and healing models," and the general recommendation is to implement a public health approach to mental health and drug abuse. There will be cases in the future where this is likely to not be applicable, but it is still seen as something to consider. For the Lao community, I think we need to have a conversation about our traditional ideas of justice and compassion, and how we deal with our criminals. 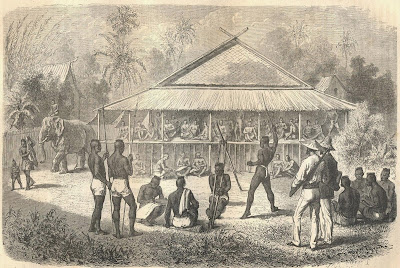 Many Lao families I've spoken with take a very no-nonsense approach to criminal justice, and don't necessarily have a complex understanding of current US penal philosophy. Many of their ideas of justice are also shaped by experiences with governments that were not liberal democracies.

To see culture shifts and meaningful contributions from the Lao community to address mass incarceration and racial justice, we need to start getting a baseline to understand where the Lao community could see principles of reform in alignment with their own values and community needs. That's going to require an investment in research and working with both traditional and non-traditional community resources to get the best results.

What are some other issues that you feel should concern us?