On Friday, December 4th, the University of California-Merced convened the symposium Southeast Asian American Legacies: 40 Years After the Vietnam War in the California Room with a good attendance of almost 100 people from across the country, especially the Central Valley.

We had a great representation of many of the Southeast Asian refugee populations in the US today. The speakers and audience consisted of scholars, community organizers, and artists reflecting some very impressive expertise and community knowledge. I was excited to join everyone for what was my very first visit to everyone at the University of California-Merced. It's clear to see they're in the process of some very exciting expansions physically and culturally. 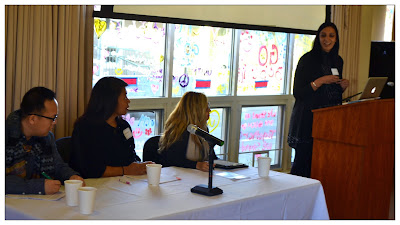 The symposium began smoothly with the first panel, where Anneeth Kaur Hundle served as the moderator. Mariam B. Lam began by presenting on "Intersecting Southeast Asian/American Studies Field Formations."

I've met Davorn Sisavath in the past, most recently at the Association for Asian American Studies Conference in Illinois this year. As always, I enjoy her presentations. In this case, she discussed "Global Waste: The Social and Environmental Consequences of War" with a focus on the UXO issues in Laos.

I take a particular interest in her work because the way we address UXO in Laos today will likely inform how US and international policy addresses UXO clearance in other theaters such as the Middle East where similar weapons have been used extensively over the last four decades. I do hope that in the future scholars will have a chance to address the ethics of chemical defoliants and other substances in foreign conflicts, as well.

From Minnesota, Hmong American scholar Kong Pheng Pha spoke on "Queering SEAS: Mashing up Queer, Southeast Asian American, and Critical Refugee Studies," with some very intriguing ideas and implications for how we might rethink the field.

Hopefully, each of them will share their presentations online for community members to consider in the near future. Even in less than two hours, it was a lot to take in and to process. But the presentations spoke well of the vital need for our voices to be heard and to be studied not as a novelty but with a very real conviction that our experience has many enduring implications for the modern world and the generations ahead. 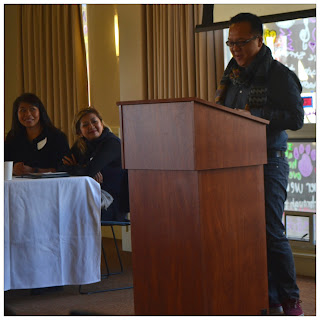 The keynote speaker for the symposium was Cathy Schlund-Vials, who drew some great parallels between historic refugee and immigration issues with our current experiences today. The Southeast Asian diaspora was a subject that was personal for her, while also clearly impacting the present. There were some tremendous questions about what it means to be a refugee, and what our responsibilities are in the future. I'm very excited to see what she does during her tenure as the president of the Assoication of Asian American Studies in the coming years ahead

I am especially hoping she can bring greater engagement of Asian American artists and culture makers with academia. I'm deeply concerned about the education issues facing many Lao, Cambodian, Hmong, and other Southeast Asian communities. If a critical, focused effort isn't made NOW to create an inclusive environment, I think it will have a very corrosive effect on our wider community development that will be felt for decades. We will regret this era as one of many missed opportunities. 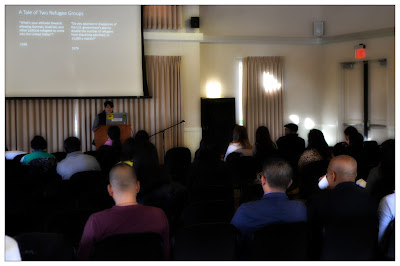 As mentioned last week, the poet Mai Der Vang and I did a presentation approaching the subject of the Southeast Asian diaspora through poetry.

We gave a thirty minute reading followed by a thirty minute Q & A with the audience, who asked some great questions about our upcoming projects, and what it means to tell refugee stories. For those of you who are interested in reading the works I read that day, I've posted my set up at Issuu. 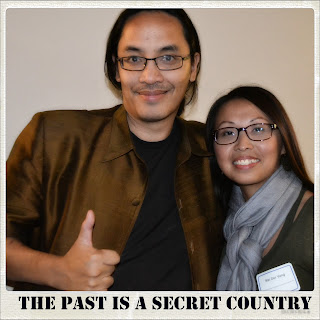 Lar Yang gave a great presentation on the Hmongtory 40 project which is going full swing this month with exhibits in Fresno and Merced. One of my classic works, "The Last War Poem" was enlarged and shared for the exhibit in Fresno. I'll have a picture of that soon. It was exciting to see that they'd collected and gathered so many rarely seen photos and stories from the community, and I think the exhibit will present a very compelling but complex view of the Hmong journey. 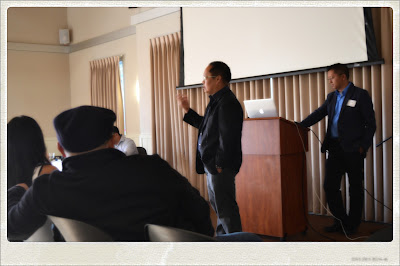 Steve Arounsack spoke about "Digital Media and Southeast Asian Narratives" for the afternoon panel on "Community-Engaged Research with Southeast Asian Commuities," drawing on many different projects in the Lao community including the interactive multimedia materials developed for Legacies of War education efforts on UXO in Laos. 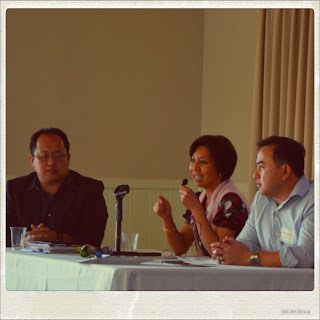 Leakhena Nou, from CSU-Long Beach, discussed her work with the Cambodian community survivors of the Killing Fields and the Khmer Rouge in "Trauma and Human Rights Among the U.S. Cambodian Diaspora: Applied Sociology in Action," during the afternoon panel. 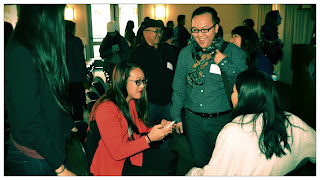 There was a brief break for everyone to get refreshed and reflect on the day's events. Following that, TeAda Productions brought an excerpted version of Refugee Nation to the stage, examining the parallels between the lives of young Lao men involved in gangs and the struggles of veterans of the Royal Lao Army. Leilani Chan played the role of a Lao mother suffering from PTSD in Los Angeles and her efforts to recover. There were moments of great gravity and humor, as always. 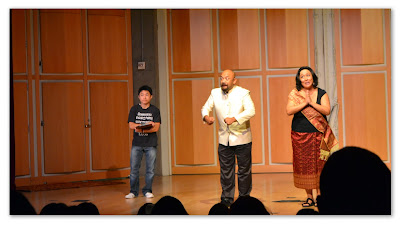 The wild card for the evening was Saymoukda Douangphouxay Vongsay and May Lee Yang's dramatic comedy, Hmong-Lao Friendship  Play or Lao-Hmong Friendship Play, which upended any stereotypes of Southeast Asian women being prim and serious. At turns touching and side-splitting, the two have collaborated together on many projects in the past, but it's clear that they're a force to be reckoned with, bringing their distinctive style to the stage with confidence and joy. 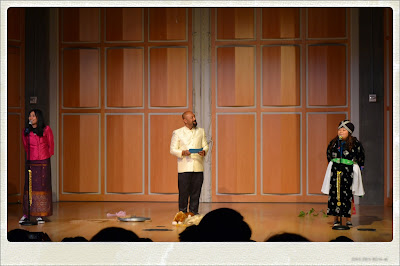 As with any of these gatherings, I hope that in the future it will be easier to bring more community members to see these events. But I would like to think that this day helped to encourage many participants who were new to the idea of Southeast Asian voices being heard. It was filled with powerful moments and ideas, and I look forward to future events that are brought to UC Merced. A special thanks to Ma Vang, Seng Vang and Alisak Sanavongsay who took the lead in bringing this all together.