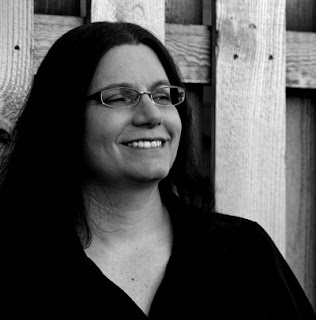 At the moment, I'm taking a particular interest in her 2015 collection While The Black Stars Burn from Raw Dog Screaming Press. Her latest contains 13 dark stories, several of which are Lovecraftian or tie in with the King in Yellow mythos. That naturally attracts my attention, as does the Ohio connection. Her poetry collection Chimeric Machines is one I would highly recommend for some intriguing ideas and approaches to speculative poetry.

I was delighted to have her share some of her perspective with me, and I look forward to seeing what comes next for her.

Do you mind telling us when you first developed an interest in writing? How would you describe your access to science fiction and fantasy growing up?

I grew up in a house full of books. My parents read to me every night when I was little -- mostly fairy tales and children's fantasy like the Oz books and Alice in Wonderland -- and taught me to treat books as something special. This more than anything inspired me to become a writer. It was Madeline L'Engle's A Wrinkle In Time that simultaneously hooked me as a lifelong science fiction/fantasy reader and fixed me on the idea of writing fantasy and SF instead of mainstream work. I remember that the book spoke to me in a way that nothing I'd read until then really had, and I had that shivery sense of wonder you get with really good speculative fiction. And I thought to myself that if I could write something that made another person feel the way I was feeling, then that would have to be the best job in the world. 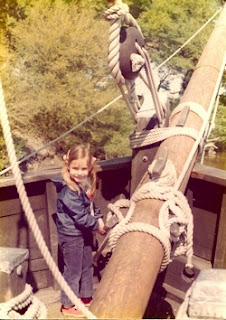 We often hear about how writers get started, but what keeps you going these days, as a writer?

I love books ... and I especially love getting books in the mail that have my name on them! That's the simple answer: author copies. The more complicated answer is that writing is the one thing I've really dedicated myself to professionally. Consequently, I've set all sorts of short- and long-term goals for myself, and seeing myself gradually achieving those goals keeps me pressing on to the next goal. The occasional bit of fan email doesn't hurt, either!

Which story of yours do you usually recommend to someone who wants to read your work for the first time?

It would have to be either "Magdala Amygdala", which won the Bram Stoker Award and which has been my most frequently-anthologized story, or "Installing Linux on a Dead Badger", which became a minor Internet meme. And which story I recommended would depend on the tastes of the reader, I expect. Most horror readers agree that "Magdala Amygdala" is my best piece of short fiction so far, but "Installing Linux on a Dead Badger" is funny (in all senses of the word) and readers have told me that the humor in it really connected with them. 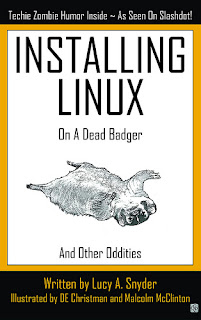 Do you prefer coffee or tea?

I drink both. I'll drink several cups of green tea during the course of a day, but I absolutely have to start the day with a glass of iced coffee with milk. I'll be happy to drink hot coffee, but I like cold coffee just as much.

What inspired While the Black Stars Burn? What was your writing process like for this one?

It's a collection, and so in a general sense, my writing process wasn't any different than it was for Soft Apocalypses or any of my other collections. And the process in general is write stories, generally for anthologies or magazines; I try to sell most of my individual stories at least once before I put them in a collection, simply because I earn more money from my writing that way, but I also do try to include one or two new pieces in a book. Once I have a critical mass of stories I haven't collected, I go through them to see if and how they fit together. I spend a fair bit of time looking at how the stories flow and resonate with each other when I'm putting a collection together. I've gotten better at that as I've gotten more experience.

I've been productive enough that I've been able to release two story collections two years running, and both of them have contained fairly recent stories. I wrote most of the stories in While the Black Stars Burn in the past couple of years. I've been getting a lot of invitations to write for Lovecraftian and King in Yellow themed anthologies, and the contents of the book strongly reflect that. I've also been reading Robert Chambers (the author of The King in Yellow) and Lovecraft for my MFA work and have been thinking about those two authors quite a lot, and so I've been intentionally working with various themes from their fiction.

For instance, I wrote the title story, "While the Black Stars Burn," after I was invited to submit a story for the Cassilda's Song anthology. I knew I wanted to write a story evocative of the Chambers story "In the Court of the Dragon" and also evocative of Lovecraft's story "The Music of Erich Zann" but which was not a copycat pastiche of either one. I ended up writing the story at my first winter residency at Goddard College, and the heat wasn't working well in my dorm room, and my being profoundly cold definitely influenced the story as well. In addition to being physically uncomfortable, I was wildly underslept and fighting a bit of writer's block. I remember I ended up watching the "Turn Down For What" video on YouTube about 20 times in a row before I wrote the bulk of the story. Why did I watch the DJ Snake video so obsessively, and how did it affect the story? No clue. My brain is a strange place. 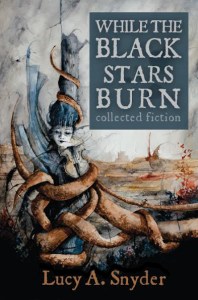 You also write humor, such as "Installing Linux On A Dead Badger." Have you found you process very different between these genres?

I do try to include humor in my fiction as leavening against the horror, but yes, my process for writing specifically humor stories is rather different. Instead of imagining a character with a problem, I usually start with a ridiculous concept, treat it seriously, but then spin it out to even more ridiculous extremes. For instance, how would you install linux on a dead badger, and why? And what kind of world would you have in which that was a desirable installation? Characters in that case become supporting players to the situation and concept, and my focus is on layering in different kinds of humor.

Your experiences include time in South Carolina, Texas, and now Ohio. What's been the great commonality between these spaces, and what are some of the biggest differences you've found?

At this stage, people move around so much that I think the regions have much more in common than they used to (if indeed those huge differences ever really existed). People are people, for good and for ill. I'm good friends with people who grew up in environments I was led to believe were so different than my own that we could never possibly have anything in common. But we do: movies, books, music ... all the cultural elements that transcend regions and countries. Last summer, I was a guest at AnimeKon, a pop culture convention in Barbados, and the people there were geeking out over all the same movies and shows and comics that they geek about at conventions here in Ohio.

Despite chain restaurants taking over the American landscape, I'd say the food is the biggest difference between South Carolina, Texas, and Ohio. I didn't know what most good Italian or Polish food was like until I moved North. And despite the blossoming of Mexican cuisine in Columbus, I have yet to find a place here that serves a decent tamale. Of course, my definition of a decent tamale is based on what I ate in San Angelo when I was growing up, and I'm sure that anyone from Mexico City would look at the tamales in the restaurants there and say "What? This is not a real tamale ...." 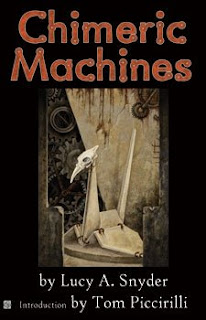 You took on some fascinating subjects in your poetry collection Chimeric Machines. How long did it take to complete this collection, and which poem do you feel you worked the most on?

I wrote the poems in that collection over the course of about 10 years. The one I worked on the most intensively was probably "Flyboy"; it's a narrative sestina, which is a challenging form. 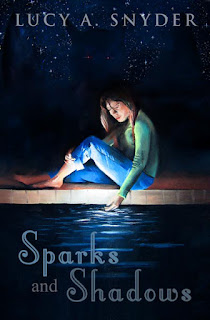 Yes, very much so, although there can be a lot of overlap in writing poetry and in writing micro-fiction in terms of needing to be mindful of the weight and effect of every word. Writing poetry opens up parts of my mind that writing fiction does not. You have to focus on layering in meaning, on how your line breaks affect those meanings, and on how the words look and sound together within the poem. The story in a narrative poem is often the least interesting thing about it, though of course that surface story is what a lot of causal poetry readers are primarily experiencing when they read a poem. It's a challenge to write a compact, vivid poem that explodes with layered meanings, but I find it very satisfying. 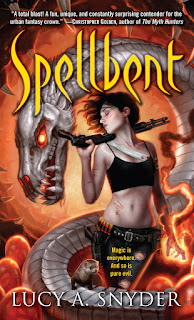