"Can poetry be a cleansing act? What can language offer in the face of personal and collective trauma?" That's the question Jane Wong is asking as she examines Hmong American poet Khaty Xiong's debut book of poems, Poor Anima. It's been called a work that "grapples with languages, forgotten histories, and narratives of haunting." She does a full reflection over at Warscapes this month.

Khaty Xiong was recently featured at the Poetry Society of America with her poem "Pork Rinds, Watered Rice." She has a sparse style that I find allows for particularly interesting comparison to the work of Souvankham Thammavongsa or the work of Soul Vang, Mai Der Vang, Andre Yang or Burlee Vang. 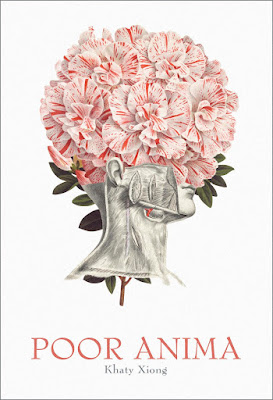 Presently, her standard bio is:


"Khaty Xiong is a second-generation Hmong American from Fresno, CA. Born to Hmong refugees from Laos, she is the seventh daughter among her 15 brothers and sisters. She received her Master of Fine Arts in Poetry from the University of Montana, and is the author of two poetry chapbooks, Deer Hour (New Michigan Press, 2014) and Elegies (University of Montana, 2013). Elegies was the winning manuscript for the university’s annual Merriam-Frontier Award. Xiong’s work has been featured on The New York Times and Verse Daily. Her debut Poor Anima (Apogee Press, 2015) is the first full-length collection of poetry published by a Hmong American woman in the United States. Currently, she resides in Gahanna, OH."

As someone who grew up briefly in Montana, went to college in Ohio, and is now spending a lot of time in the Central Valley of California, I approach her work with great personal interest, and appreciate the commitment she's made to the literary life.

Over the years, I've spent a great deal of time trying to encourage Hmong writers across the country to emerge. I will admit my continued concern that there are many regions where it still feels like we're not hearing from them. The Deep South and the East Coast, for example, don't come immediately to mind as a zone where many Hmong poets and writers are known yet. But that might be changing.

From what I've seen of Khaty's work, I find much in common with my own, working at once with many of the classic issues of the Southeast Asian experience in diaspora, but trying not to give in to the conventional language and tropes that the mainstream culture would otherwise impose upon us. I think that resistance is most easily executed in poetry.

In prose and film, economic considerations come into play. Marketability and clarity. Certainly, these things are worthy to a degree in the world of arts and letters. But I would critique there's very little room for experimentation and "flipping the script" because so many editors, financiers, and other stakeholders in the production have their idea about what sells for a community that's tagged with the terms "refugees" and "immigrants." In poetry, the stakes seem lower, and yet, that's where the most innovation that can change the rest of the field tends to emerge, in my experience. Khaty Xiong's work over the last 5 years is clearly demonstrating this principle in action.

I'm delighted to see that she's exploring much of the mythology, the traditions of the supernatural, the legends of the Hmong culture in the past and present in her work in poems such as "Pavor Nocturnus" and "Bad Blood."  I would hope that many of my colleagues in speculative poetry would also see that she is contributing some very interesting pieces for consideration.

With two chapbooks and a full-length manuscript completed, I look forward to seeing what's next for her, and I expect we will be hearing much more from her in the future. Be sure to get your copy of Poor Anima and see for yourself.