On that night, HAWC continues to push itself and the work of HAWC beyond the margins by also celebrating the recent accomplishment of Mai Der Vang, winner of the 2016 Walt Whitman Poetry Prize from the Academy of American Poets. A special thank you has been extended to their friend and ally Alex Espinoza for helping them to secure the venue.

Founded in 2004, the Hmong American Writers’ Circle organizes literary workshops to foster creative writing in the Hmong community and in the California Central Valley. Hmong-American literature is nearly non-existent in the Asian American literary canon, let alone the national landscape. With the knowledge that no definitive accounts of Hmong literature exists, many Hmong writers often write from a place of absence while struggling to create literary traditions in a culture that could face extinction. 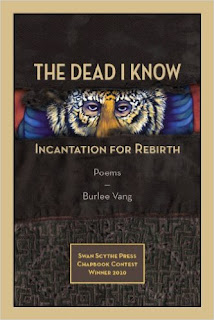 Burlee Vang (Founder) is the author of the chapbook Incantation for Rebirth (Swan Scythe Press, 2010). His prose and poetry have appeared in Ploughshares, North American Review, Alaska Quarterly Review, Massachusetts Review, Runes: A Review of Poetry, among other publications. His work has also been anthologized in Twentysomething Essays by Twentysomething Writers: Best New Voices of 2006 (Random House) and Highway 99: A Literary Journey Through California’s Great Central Valley (Heyday). In 2006, he was the recipient of the Paj Ntaub Voice Prize in Poetry. He holds an MFA in fiction from California State University – Fresno, and is the founder of HAWC. In 2011, he, along with his brother Abel, were awarded a Nicholl Fellowship in screenwriting from The Academy of Motion Picture Arts and Sciences. He lives in Los Angeles with his wife, Mary, and their two children, Belle and Jude. 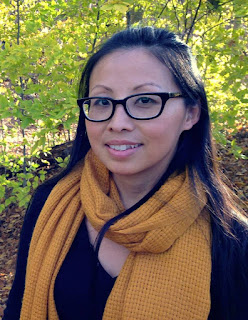 Mai Der Vang is the 2016 Walt Whitman Poetry prize winner, selected by Carolyn Forche. Her book "Afterland" will be published by Graywolf Press in April 2017. Her poetry has appeared in Ninth Letter, The Journal, The Cincinnati Review, The Missouri Review Online, Radar, Asian American Literary Review, The Collagist, and elsewhere. Her essays have been published in the New York Times, the Washington Post, and the San Francisco Chronicle, among other outlets. As an editorial member of the Hmong American Writers' Circle, she is co-editor of How Do I Begin: A Hmong American Literary Anthology. Mai Der has received residencies from Hedgebrook and is a Kundiman fellow. She earned her MFA in Poetry from Columbia University. To read more about Mai Der, please visit her website: www.maidervang.com.

Anthony Cody was born in Fresno, California with roots in both the Dust Bowl and Bracero Program. A graduate of CSU-Fresno and a 2012 CantoMundo Fellow, Anthony has been writing poetry since first unraveling a poem in Spanish. His work has been performed in community theatre productions in California and NYC, and published in Juan Felipe Herrera’s 187 Reasons Mexicanos Can’t Cross the Border: Undocuments 1971–2007 (City Lights) and How Do I Begin?: A Hmong American Literary Anthology (Heyday), in which he was also co-editor, as well as a featured poet via the online site ToeGood Poetry. New work is forthcoming from Prairie Schooner. After serving as Managing Director of Arts and Culture at El Taller Latino Americano in NYC, Anthony returned to Fresno to work as Communications Manager for Fresno State's Theatre Arts program. To read more about Anthony Cody, please visit his website: www.anthonycody.com.

Ying Thao has a Bachelor’s of Science in Business Administration from the University of California, Riverside and a Certificate in Asian American Studies from California State University, Long Beach. He first connected Creative Non-Fiction through his participation in the HAWC workshop. As a gay Hmong American, Ying believes that his voice is rooted in the issues of both a gay male and a Hmong male, as these identities are seemingly diametrically opposed to one another culturally and socially. He hopes that through Creative Non-Fiction he can explore and find balance within the duality. 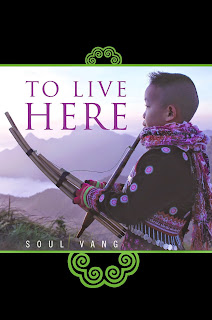 Soul Choj Vang’s poetry is anthologized in Tilting the Continent: Southeast Asian American Writing, How Much Earth: An Anthology of Fresno Poets, Bamboo Among the Oaks: Contemporary Writing by Hmong Americans. His poetry also appears in the publications; In the Grove, The Packinghouse Review, Central California Poetry Journal, and Paj Ntaub Voice. He was born in Laos, came to the U.S. as a refugee child, and has served in the U.S. Army. He was graduated with an MFA in Poetry from California State University, Fresno. He holds the distinction of being the first Hmong American to publish a full-length poetry collection with To Live Here by winning the Imaginary Friends Press poetry contest in 2014. To read more about Soul Vang, please visit his website: www.soulvang.net.

Andre Yang lives in Fresno, California. He is a founding member of the Hmong American Writers’ Circle (HAWC), where he actively conducts and participates in public writing workshops. He received his MFA degree from Fresno State where he was a Provost Scholar and a Philip Levine Scholar. There, he divides his time between teaching freshman composition and poetry. Andre is a Kundiman Asian American Poetry Fellow and has attended to the Tin House Summer Writers Workshop, the Napa Valley Writers’ Conference, and the UCross Foundation residency. His poetry has appeared in Paj Ntaub Voice, Hyphen Magazine, Kweli: Journal, the chapbook anthology Here is a Pen (Achiote Press), and the anthology Poetry of Resistance: Voices for Social Justice (University of Arizona Press).