For an interesting "Where are they now?" question: 2016 is the 30th anniversary since the painting "Kalounna in Frogtown" was completed by Jamie Wyeth in 1986. It's currently on display at theTerra Museum of American Art, Chicago, Illinois. Jamie Wyeth is the son of the famed painter Andrew Wyeth. It's one of the first pieces of visual art by a prominent American artist I know of following te arrival of Laotian refugees. I don't think it's the Frogtown of St. Paul, however, so that leads to an interesting question of where did they meet? 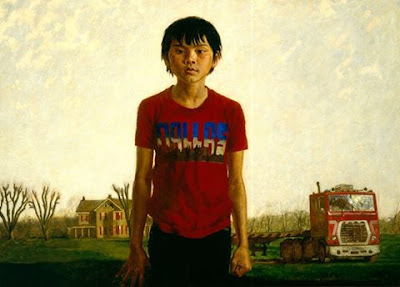 Have some pizza said...

I lived across the road from this house for my entire childhood. It's not really called Frogtown. It was Concordville, PA but its nickname was Frogtown. Now, I believe it's called Garnet Valley, PA.