Earlier this year, Writers Digest had a nice post from US-based attorney Amy Cook about defamation and invasion of privacy in memoirs and non-fiction books. It's interesting reading, as applied to books published in the US. International law may have additional restrictions to consider, such as one nation with the lèse-majesté law still prominently on the books in Southeast Asia.

For Southeast Asian American communities beginning to develop more memoirs and non-fiction books about their experiences, emerging writers absolutely need to familiarize themselves with the limits of the law and where they have protected liberties.

Often, as we interact with several different cultures, both back in Southeast Asia and in the US, our perspectives can result in conflicting histories that differ from the current records of note.When we begin talking about details of the Secret War, the Killing Fields, and similar issues the matter can get extremely contentious.

This doesn't mean you can't write about them, but you need to do your research at many levels. In the Vietnamese community in the US, for example, accusations of communist ties or insinuating that women are prostitutes or whores has often been a dog whistle to chip away at different community members' standing. A recent case between two newspapers in California, however, illustrates the expenses and social consequences that can incur. 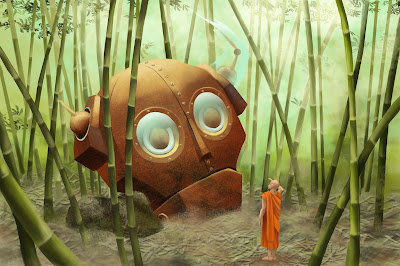 For Southeast Asian American fantasy, science fiction, and horror writers, if you're writing stories spinging off of our traditions and culture, you'll still need to be aware of these issues. Situations such as writing about alternate history, for example, can get complicated. What happens when the line between fiction and fact get blurred?

Over time, it's probable we'll see many more cases emerge that lead to some very heated disputes. Even as I encourage you to write to the limits of your imagination, you will also need to keep mindful of your footing.