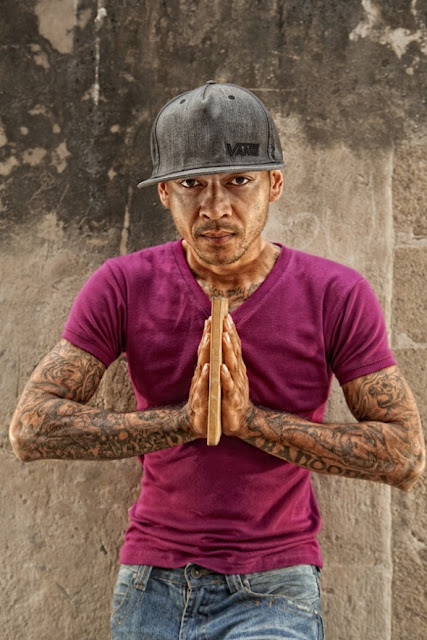 Kosal Khiev is a poet, tattoo artist, and survivor of the US prison system. Born in a Thai refugee camp, Kosal’s family fled to the U.S in 1981. Kosal’s family left the aftermath of the Khmer Rouge war for the promise of peace and prosperity in America. Instead of the American dream, Kosal’s family lived in grim public housing with scarce social services.

Kosal admits to making poor choices as a teenager that led him into more violence, poverty, and eventually prison. At the age of 16, Kosal was arrested in a gang fight and charged with attempted murder. Kosal was tried as an adult and sentenced to 16 years in a state penitentiary. While serving 14 years in prison he discovered spoken word poetry from a former Vietnam War veteran. Spoken word became his creative channel to tell his own story and transform his anger, regrets, and experiences into a poetic art form. 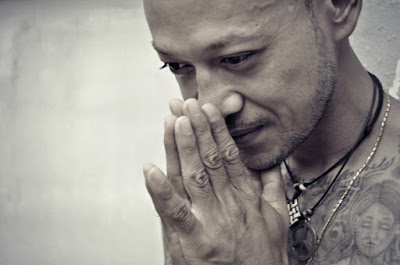 Upon release in 2011, the U.S. government deported him to Cambodia, a country he had never been. Since his arrival, Kosal has used poetry to uplift his situation, with compelling performances at NERD night, The Body Open Mic series, and Mao’s. Kosal has also been selected as the first artist-in-residence with Studio Revolt, a new media lab based in Phnom Penh, where he is collaborating on “Spoken Kosal: Verses in Exile,” a series of short films featuring his poetry. He cites Rainer Maria Rilke, Etheridge Knight, Tupac, and Eminem as some of his favorite poets. He has additionally lectured at the Royal University of Phnom Penh on the topic of US immigration and its juvenile detention system.

He hopes one day the U.S. will repeal the unjust deportation law so that families can reunite. Until then, Kosal lives as an exiled American in Phnom Penh where he continues to share his story and art at open mics, universities, and public stages.