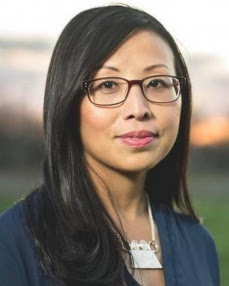 Mai Der Vang was born on October 20, 1981, in California’s Central Valley. She earned her MFA in poetry from Columbia University where she was awarded the Corrente Poetry Fellowship. Vang received her BA in English from the University of California, Berkeley.

Her debut poetry collection, Afterland, was selected by Carolyn Forché as the winner of the 2016 Walt Whitman Award, given by the Academy of American Poets, and will be published by Graywolf Press in 2017. 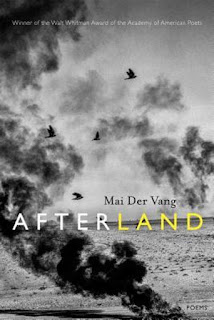 "Afterland has haunted me. I keep returning to read these poems aloud, hearing in them a language at once atavistic, contemporary, and profoundly spiritual. Mai Der Vang confronts the Secret War in Laos, the flight of the Hmong people, and their survival as refugees. That a poet could absorb and transform these experiences in a single generation—incising the page with the personal and collective utterances of both the living and the dead, in luminous imagery and a surprising diction that turns both cathedral and widow into verbs, offering both land and body as swidden (slashed and burned)—is nothing short of astonishing. Here is deep attention, prismatic intelligence, and fearless truth."

Vang’s poems have appeared in Ninth Letter, The Journal, The Cincinnati Review, The Missouri Review Online, Radar, Asian American Literary Review, The Collagist, and elsewhere. Her essays have been published in the New York Times, the Washington Post, and the San Francisco Chronicle, among others. As an editorial member of the Hmong American Writers’ Circle, she is coeditor of How Do I Begin: A Hmong American Literary Anthology (Heydey, 2011).

She has received residencies from Hedgebrook and is a Kundiman fellow. Vang lives in Fresno, California, where she teaches at Clovis Community College and works as a writing/creative consultant.