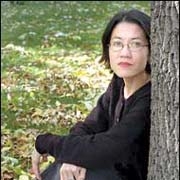 Mai Neng Moua was born in Laos in 1973. Her family immigrated to the U.S. in 1981 when she was 8 years old. She speaks the White Hmong dialect although her father’s family was Blue Hmong. Among her most well-known poems is "My Mother is a Coffee Table," and she is a pivotal figure in the modern Hmong literary movement. If she is not the mother of Hmong literature, she is at least its big sister.

Her tireless activism and advocacy for Hmong art and writing paved the way for many of the prominent figures in Hmong literature today, creating an international network of many of the first Hmong writers in the world, publishing many of them for the very first time. I strongly believe her example, particularly in overcoming resistance to culture shift has important implications for those interested in best practices for refugee resettlement and civic engagement.

She graduated from St. Olaf College in Northfield, Minnesota, completed her Master’s degree, and at the time of the interview was working in public affairs. Mai Neng Moua founded and published a journal of Hmong writing titled Paj Ntaub Voice since 1994, and she published Bamboo Among the Oaks: Contemporary Writing by Hmong-Americans in 2002. Her first memoir The Bride Price came out on March 1st, 2017. 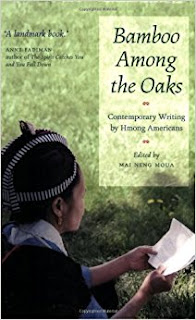