Well, this made for a very cool day. 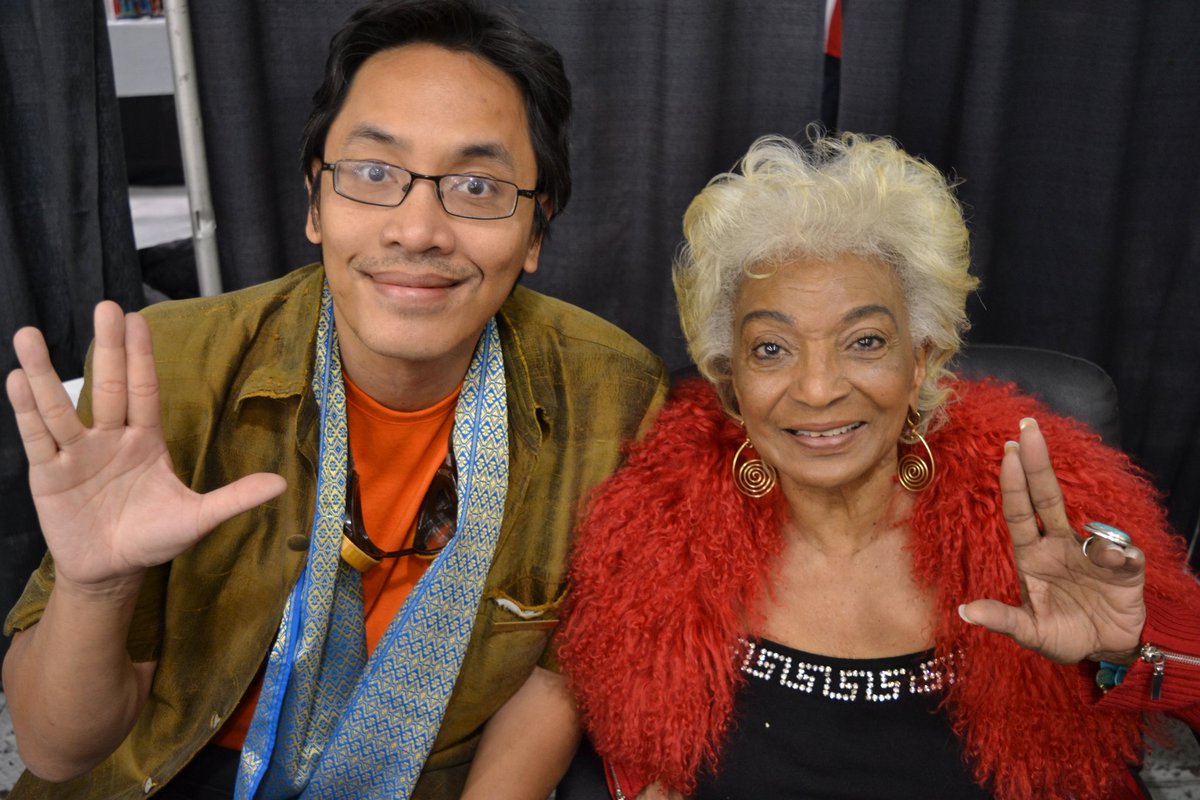 Recently at Silicon Valley Comic Con, we had a nice, albeit brief conversation about how I've been teaching about the significance of her work and what it meant for civil rights and social change to my students and mentees over the decades, even talking about her just last week during a presentation for DREAMers in the Central Valley during my time as a Visiting Artist with the UC Merced Center for the Humanities. It was an interesting way of things coming full circle.

For those of you who've been at my workshops and classroom conversations this month in Merced, you may remember I quizzed you on how many ways even the simple image of the bridge crew was, for its time, such an incredibly radical proposition, let alone the entire premise of the show. Today we take so much of this premise for granted, but there was a time where, anywhere outside of science fiction, this was absolutely inconceivable.

Nichelle Nichols played a pivotal role in opening those doorways for us at the encouragement of no less a figure than Martin Luther King, Jr. who saw the importance of her keeping this role to show others what futures were possible, were worth reaching for.

I also had a very nice conversation with Tom Wilson who played Biff in Back to the Future about his art and what he was doing to explore those question of what art was. A very pleasant fellow, as was Robert O'Reilly who played Gowron in the Next Generation and other later series. But more notes to follow.