On the Long Poem, the Profound and Lao American speculative poetry

"The long poem is an attempt at a major poem. Though most modern poets have worked in the short forms, many have also been tempted by the longer distance. Eliot emphasized "concentration." Pound derided yet practiced Imagism. Yet both Eliot and Pound were called toward the epic. William Carlos Williams, in his aims for Paterson, claimed that "the longer I lived in my place, among the details of my life, I realized that these isolated observations and experiences needed pulling together to gain profundity." 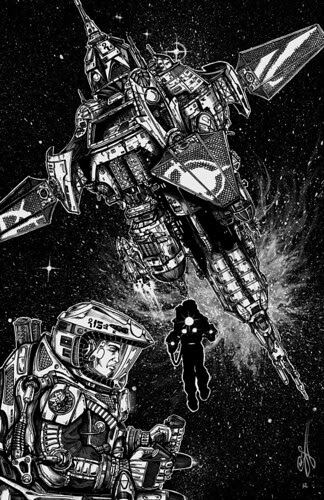 There are many approaches to poetry, but within speculative poetry, I think it is important that we continue to keep abreast of many of the questions more conventional poetry is examining. What constitutes a major poem of deep, transformative meaning for its readers when we are exploring the worlds of the fantastic, the alien and the far-flung future?

Who has it within them to write a modern work of 24,000 verses on par with the Ramayana or Phra Lak Phra Lam? In the classic days of the Lao epics, it could take almost a week to recite the full epic every evening, much akin to the work of Wagner's Ring of the Nibelung.

Today, we barely get 15 minutes on stage.

I might argue that this sort of time frame can be a relief when you're dealing with tedious poets. But at the same time, we also see so many pieces designed as if we're in a rush to say something profound. This isn't always how profound works. Sometimes it takes certain kinds of literary spacing for it to unfold properly in its scale and magnitude.

Wagner's ambition was amazing with Ring of the Nibelung in both its scale and scope but it also something that could be accomplished within poetry. How might Lao American speculative poets follow the struggle of gods, demons, heroes and the creatures of myth and their struggle over an object on par with the ring that would grant dominion over the world, or a beauty like Sita from the Ramayana? In The Ring of the Nibelung, we follow three generations of protagonists that culminates in a final cataclysm. Those are some pretty big stakes.

Within modern poetry it can often be difficult for us to find work that gets beyond the street corner. This is not to say that the street corner is not a part of the epic, but we're also talking about an inability to see the forest for the trees. The line from Casablanca comes to mind: "The problems of three little people don't amount to a hill of beans in this crazy world." 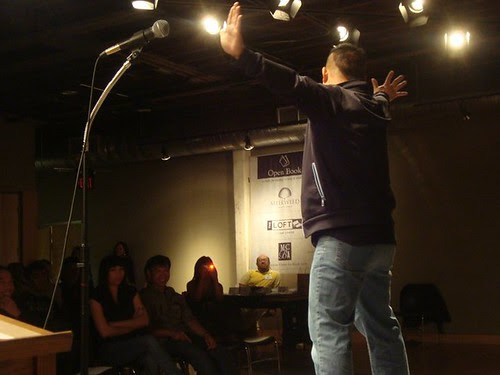 For Lao American speculative poets, my charge would then be: Think bigger. Dream bigger. Otherwise, we cave into an internalized oppression that says our works cannot be more than those of a self-absorbed, tiny, petty people who can speak of nothing tectonic, nothing that transforms worlds. Yet, as I've often noted, Laos is a nation the size of the United Kingdom, and once, Britain was a significant force in the affairs of the world.

What might we add to the greater dialogues for the ages yet to come?

These are interesting thoughts.

For Lao American speculative poets, my charge would then be: Think bigger. Dream bigger. Otherwise, we cave into an internalized oppression that says our works cannot be more than those of a self-absorbed, tiny, petty people who can speak of nothing tectonic, nothing that transforms worlds.

Let's say it for everyone. Our words go beyond us, they transcend us. We should sing, even if it's off key at times. :)