Just in time for Valentine's Day, I recently came across Paisley Rekdal's "Intimacy," which raises some interesting questions about what we can and can't consider speculative poetry.

As a quick background, Paisley Rekdal grew up in Seattle, Washington. She is the daughter of a Chinese American mother and a Norwegian father.

Rekdal is the author of a book of essays, THE NIGHT MY MOTHER MET BRUCE LEE (Pantheon, October 2000 and Vintage Books, April 2002), and three books of poetry, A CRASH OF RHINOS (University of Georgia Press, October 2000), SIX GIRLS WITHOUT PANTS (Eastern Washington University Press, November 2002) and THE INVENTION OF THE KALEIDOSCOPE (University of Pittsburgh Press/Pitt Poetry Series, April 2007).

Later this year, she'll be releasing INTIMATE, a hybrid photo-text memoir that combines poems, nonfiction, and fiction with photography, is forthcoming from Tupelo Press in April 2012. The award-winning author also has another collection of poems, ANIMAL EYE, is forthcoming from Pitt in February 2012. 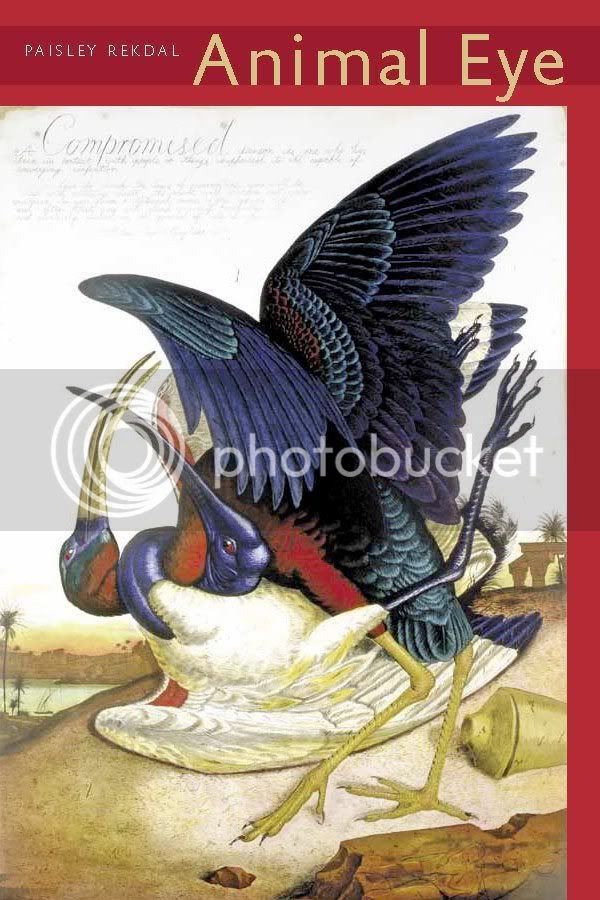 Among her accolades are a Village Voice Writers on the Verge Award, an NEA Fellowship, the University of Georgia Press' Contemporary Poetry Series Award, a Fulbright Fellowship, a Pushcart Prize, and the Amy Lowell Poetry Traveling Fellowship.

"Intimacy" is a poem with a lively, conversational energy to it. It reads well aloud, and can be read to interesting effect next to poems such as Komunyakaa's "Ode to the Maggot," the work of Souvankham Thammavongsa in Small Arguments or my own  poem "Maggots" to demonstrate how writers find the poetry within unsettling subjects.

In our continuing discussion of what could be considered speculative poetry, this is one I consider an interesting case. It has a clear nod towards speculative literature, opening up with a recap of the Jeff Goldblum remake of The Fly by David Cronenberg.

Ordinarily, a reference to a science fiction film may not be enough to justify classification as a speculative poem. But, with "Intimacy" the film is used to set the first framing image, and create a lurking background that empowers the horror and unease of the rest of the poem. When read properly, this is clearly NOT a throwaway reference but an essential element necessary to carry us to the intended power of the concluding lines "Darling, what I love in you I pray will always stay/ the hell away from me."

I think we can give it latitude for consideration because of this.

As always, in speculative poetry, I think things have to go case by case. It's not necessarily a binary distinction of either/or but degrees of speculative elements within them that we are obliged to consider.

Be sure to check her work out and consider it for yourself.